Frieze Week is upon us! Europe's largest contemporary art fair has staked its tent in Regent's Park, bringing with it an estimated $375 million in work by brand-name artists and emerging talents alike, and London is seething with exhibitions and events to welcome the collectors, tastemakers, and various art grandees descending on the city. What to see? Where to go? ARTINFO UK has a few recommendations.

Visit ARTINFO for a visual sneak preview of what international art dealers will be bringing to their Frieze stands and for Frieze Art Fair coverage throughout the week. 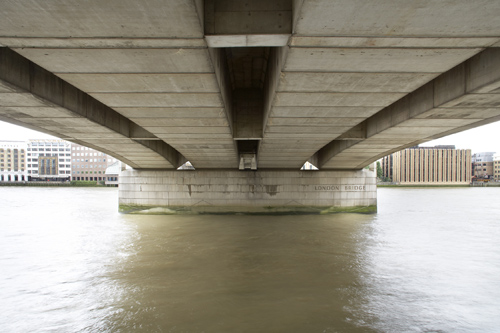 With still two days to go before Frieze Art Fair opens to the public, today is the perfect day to indulge in a bit of London tourism, mixing in visits to the city's West End galleries. Stroll down Piccadilly and stop at Thomas Dane Gallery, on Duke Street, for the Kelley Walker exhibition. On Heddon Street -- a continental oasis at the heart of Central London -- Aicon Gallery has put together an excellent exhibition retracing artist and thinker Rasheed Araeen's first fifteen years of production, beginning in 1959. Two other good shows on the same street are Paola Pivi at Carlson and Jimmie Durham at Sprovieri. You can also discover Sadie Coles' new space in New Burlington Place, inaugurated with an exhibition of Urs Fisher's sculptures.

After a well-deserved tea break at the quirky-chic Sketch on Conduit Street, make your way to Tate Britain and decide for yourself who amongst sound artist Susan Philipsz, experimental filmmakers the Otolith Group, and painters Dexter Dalwood and Angela de la Cruz should win this year's Turner Prize. The exhibition of photography pioneer Eadweard Muybridge's work is also well worth a visit before finishing the day in style with dinner at art-world favorite Hix in SoHo.

You've done Tate Britain, do you really need to go to Tate Modern? Of course you do. First, the newly opened Gauguin exhibition is stunning and simply impossible to miss (it has been described by the Times as "the show of the season -- in fact of the whole year). Second, the new commission by Ai Weiwei, was recently unveiled in Turbine Hall. You can then head north to enjoy Fergus Henderson's English cuisine at St. John Bar & Restaurant in Smithfield, before wandering to ROKEBY for their exhibition of German-born, London-based artist Bettina Buck.

Today is also a good day to see "The House of the Noble Man," an exhibition curated by artist Wolfe von Lenkiewicz and Russian curator Victoria Golembiovskayan. It includes a Cézanne, £6 million ($9.6 million) worth of Picasso, as well as pieces by Damien Hirst, Christian Boltanski, Andy Warhol, Gerhard Richter, and many more -- all in the historical setting of Cornwall Terrace as it overlooks Regent's Park. (This event is by appointment only at Boswell House, 2 Cornwall Terrace, Regents Park, London NW1. To arrange a visit, register at: http://www.cornwallterrace.co.uk/boswallhouse/).

The Frieze Art Fair opens to the public. The 170 plus galleries showing in the main space, not to mention the "Frame" section dedicated to younger galleries, should keep you busy most of the day. Be sure to pay a visit to Stephen Friedman's booth, where David Shrigley will be tattooing willing visitors, and to seek out Gabriel Kuri's metal sculptures replacing the fair's existing outdoor ashtrays as part of this year's Frieze Projects.

The Museum of Everything, on the corner of Regents Park Road and Sharpleshall Street, was a huge success when it launched last year with its exhibition celebrating "non-traditional art and artists from around the world." This year, the father of British Pop himself, Sir Peter Blake, curates the museum's third show, and will present one of his own large installations for the first time.

At 33 Portland Place, All Visual Arts' exhibition entitled "Vanitas: The Transience of Earthly Pleasures" examines contemporary takes on the idea of the "memento mori" and includes, among others, the Chapman Brothers, Tim Noble & Sue Webster, and Paul Fryer.

Thursday also marks the opening of SUNDAY, a satellite fair held at Ambika P3 and organized by three galleries: Croy Neilsen of Berlin, Tulips and Roses of Brussells, and Limoncello of London. Beside its booth-free display, SUNDAY features "Ryan's Bar," imagined by Ryan Gander and Europa, where for £50 ($80), you can get a cocktail designed and shaken for you by an artist, as well as a signed beer mat. Today between 6 and 7 p.m., Fiona Banner is behind the bar. Over in Shoreditch, the Rivington Grill is open until 3 a.m. (tonight and every night during Frieze Week).

Do you really want more art? Then head to the Prince Charles Cinema off Leicester Square for the world premiere of Wilhelm Sasnal's second feature film, "Fallout," which is set in the aftermath of a nuclear catastrophe. (An RSVP is required to reserve seats: rsvp@sadiecoles.com).

Part of Frieze Projects, at 12 p.m. the American artist Jeffrey Vallance presents a panel discussion with mediums who will channel the spirits of famous artists from Marcel Duchamp to Jackson Pollock. The panel will open to the audience at the end -- and this is probably the best chance you'll get to pick the brains of the inventor of the readymade.

At 2:45 p.m., Gillian Wearing is showing her debut feature film "Self Made" at the British Film Institute. Friday could also be a good time to go and see (or rather, hear) Pavel Büchler's homage to Dada artist Kurt Schwitters' sound poem "The Ursonate" at Max Wigram Gallery, and to have a look at Hauser & Wirth's museum-like venue on Saville Row, currently hosting a large Louise Bourgeois exhibition.

If you would rather investigate slightly more adventurous areas of London, head to the Whitechapel Gallery for Walid Raad's largest survey to date, or to the newly refurbished South London Gallery for Tatiana Trouvé's delicate installation of drawings extended into space. Save your evening for the ICA's "Night of Angry Statements," an open-mic session in which members of the audience will be invited to say how they would like to change the art world.

Saturday is traditionally the night of the East End, and dozens of galleries are open from 6 to 9 p.m. But you still need to do something during the day, which is just as well because today's two talks are particularly promising. At 12 p.m., the Frieze Art Fair will host a panel discussion on the use of historical references, gathering Polish artist Paulina Olowska, Britain's Silke Otto-Knapp, and the American Mathias Poledna; then, at 2 p.m. at Tate Modern, Marina Abramovic will be in conversation with Whitechapel Gallery director Iwona Blazwick.

Saturday also kick-starts the Serpentine Gallery's two-day art marathon. This year, the event looks at "mapping" and involves nonstop interventions by over 50 artists and thinkers including David Adjaye, Mona Hatoum, and Richard Hamilton.

On your way east, you should stop to experience Turner Prize nominee Susan Philipsz' eerie sound installation, "SURROUND ME," spread out over six locations in London. Once you've crossed the frontier into Shoreditch, there will be art in every nook and cranny, but ARTINFO UK particularly recommends David Adamo at Ibid Projects on Hoxton Square, Susan Collis at Seventeen, veteran Herman Nitsch at Carter Presents, and Anna Parkina at Wilkinson Gallery, which will leave you exactly a street away from where you want to be after such a busy week: at the bar-slash-cabaret-slash-artist hangout Bistrotheque.

Visit ARTINFO for a visual sneak preview of what international art dealers will be bringing to their Frieze stands and for Frieze Art Fair coverage throughout the week.