Approximately six million devout individuals embark upon an annual pilgrimage to Tepeyac in Mexico City, the site where Saint Juan Diego is said to have met the Virgin of Guadalupe in 1531. Believers of the power of Our Lady of Guadalupe undertake the journey to commemorate the moment when the Virgin's image was miraculously bestowed upon Diego. It's a magical, collective mission that inspired photographer Alinka Echeverría to document the many travelers and explore the power of the iconic image of faith.

In a series called "The Road to Tepeyac," Echeverría captures 300 photographs of wayfaring pilgrims on their way to the northern most borough of the Mexican Federal District. All of her subjects are carrying belongings or wearing clothing adorned with the icon of the Virgin. 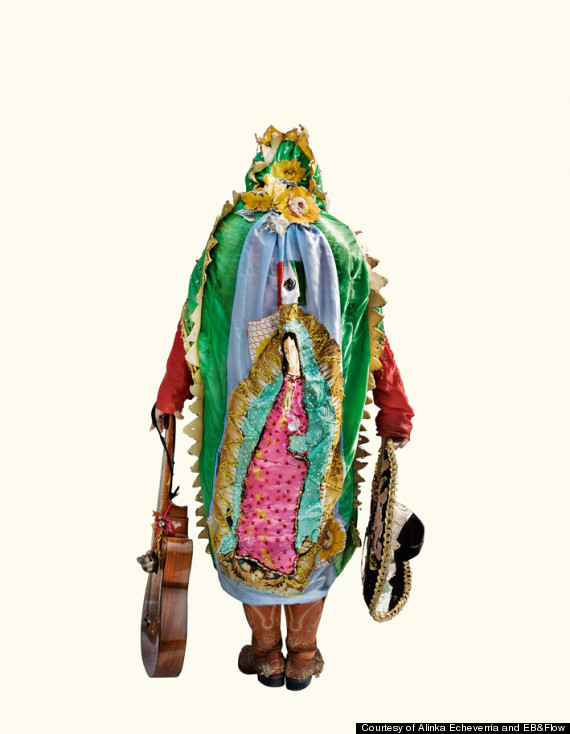 The beautiful icon of Our Lady is infused with allusions to Tonantzin, an Aztec goddess and mother-figure whose devotion was transferred to the Catholic Virgin of Guadalupe when she chose Mexico as her home. The faith associated with this powerful image is what drives the dedicated travelers to complete their yearly voyage. And just as the Virgin's image gives universal power to the pilgrims, Echeverría's photographs provide visualization of the distinct manifestations of this power, showing how individuals appropriate the imagery to make it their own.

"Road to Tepeyac" was recently shown at EB & Flow gallery in Los Angeles and is making its way to Buenos Aires this August for the Festival de la Luz (Festival of Light), a nearly two month long celebration of photography involving 101 exhibitions shown at museums, cultural centers and galleries across 31 cities in Argentina.

Check out images of "Road to Tepeyac" below, and let us know your thoughts in the comments section.