Ever wonder about the origins of those incredibly life-like busts of our prehistoric ancestors on display in natural history museums?

As it turns out, the renderings are the handiwork of a handful of highly skilled paleo-artists around the world -- including John Gurche, featured in the video above.

"I think it is inconceivable to not wonder what we are, what kind of phenomenon we represent," Gurche, a resident of Trumansburg, N.Y., says in the video. "The human story is really nothing short of the story of a little corner of the universe becoming aware of itself."

Gurche, 62, spent four years sculpting the 15 detailed busts of human ancestors now on display at the National Museum of Natural History in Washington, D.C. In addition to many sculptures, he's also produced a book, "Shaping Humanity: How Science, Art and Imagination Help Us Understand Our Origins."

PHOTO GALLERY
Planet of the Apes or Apes of the Planet
Voting Made Easy
Register to vote and apply for an absentee ballot today
Register now
Isaac Saul
Editor, A Plus
Suggest a correction 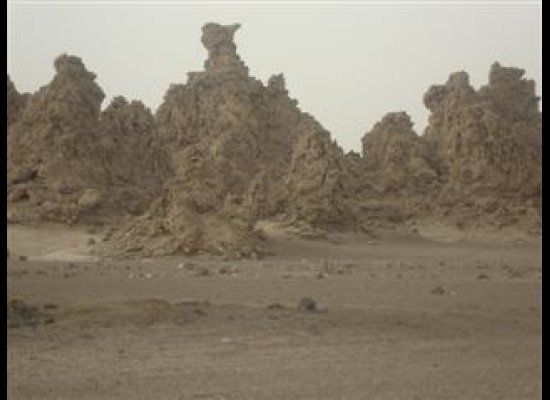