The concept of a prisoner's last meal is a complicated issue, one that forces a person to imagine lavish menus at the same time as they ponder the last hours of their life. One artist, Julia Ziegler-Haynes, captivated for years by this confusing death row custom, has created a series of photographs that explores the unsettling emotions of last requests. Compiled in a book titled "Today's Special," the photographs depict the final meals of 24 sentenced inmates on the eve of their execution. 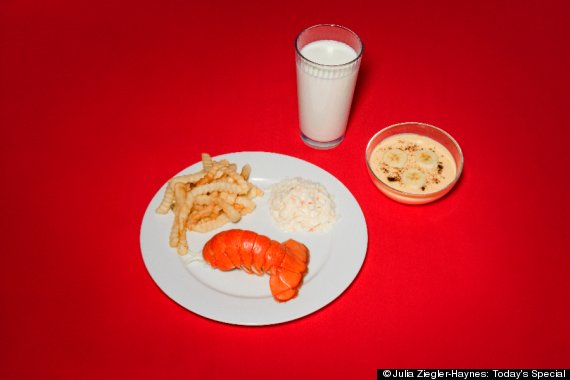 Ziegler-Haynes is a Brooklyn-based artist and chef whose idea of resurrecting the meal orders of death row inmates originated nearly 10 years ago. Fascinated by the severity of capital punishment and the strangely forgiving nature of last meals, the sculptor and printmaker turned to photography to illustrate the obsession in her newly published book, with the help of photographer Ashley Macknica.

To create the photographs captured in "Today's Special," Ziegler-Haynes sifted through public records of death row inmates, selecting 24 executed prisoners and their last meals of choice. She then recreated the dishes, cooking the orders herself and arranging them in pleasing displays involving stark white platters and brightly-colored backdrops. These scenes were at last photographed from the vantage point of the diner, placing the viewer in the seat of the convicted criminal to imagine the final thoughts that accompanied the final meal.

Her decision to present the somber meals in such stylized formats was influenced by the photography of Christian Boltanski's 1976 "Compositions decoratives." Attracted to the visual aesthetic of its simple food stylings, Ziegler-Haynes sought to use the intimate perspective of Boltanski's dining portraits to portray the uneasy subject matter of death row dishes. The resulting images appear like the window advertisements of local diners, displaying pristine versions of food that seem innately unappetizing. The photographs also come to represent the final portraits of the inmates who chose them. Whether it's a single black, unpitted olive or a table full of hamburgers, tacos and pizza, it's nearly impossible to look at the scenes without immediately imagining the person behind the order. 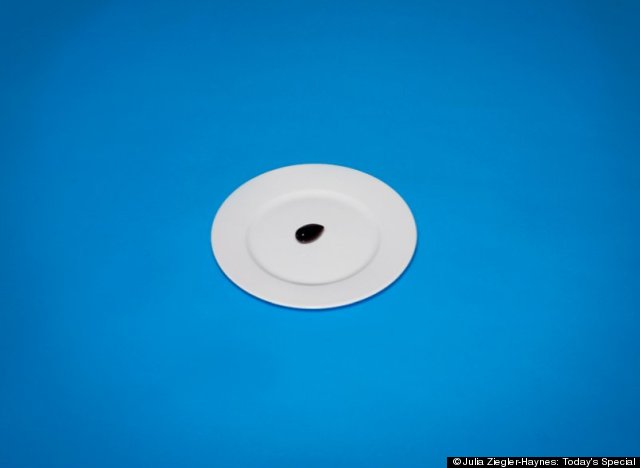 Ziegler-Hayne's project, like the work of other artists who have investigated the concept of the last meal, uses compelling visuals to force its audience to readress a gestural norm that has long been embedded in American culture. "I will never fully understand the hypocrisy of fulfilling someone's last wishes only to take their life the very next day," Ziegler-Haynes states in an interview included in the book. "It's a confusing gesture. It almost feels like the last meal does more for the executioner than it does for the inmate: a clearing of the conscience."

"Today's Special" by Julia Ziegler-Haynes is available now through OHWOW.

Check out more images from "Today's Special" in the slideshow below and let us know what you think in the comments section. What do you think about the concept of the last meal?