Today we take it for granted when seeing graffiti art in a posh gallery, but arguably the first artist to channel the urban street frequencies of his time and get it onto the "white walls with white people with white wine" was Jean-Michel Basquiat. 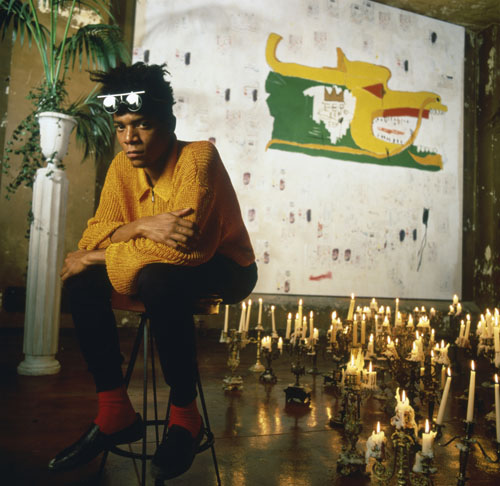 In 1988 this singularly gifted artist, who had leapt to fame in Warhol's New York, died of a drug overdose at the age of 27. Filmmaker Tamra Davis took all of the footage she had shot of her good friend, including a never-seen interview and B-roll of him working in his studio, and put it in away in a drawer. 20 years later, she decided it was not hers to hide anymore and made it the core of a superb documentary, Jean Michel Basquiat: The Radiant Child. 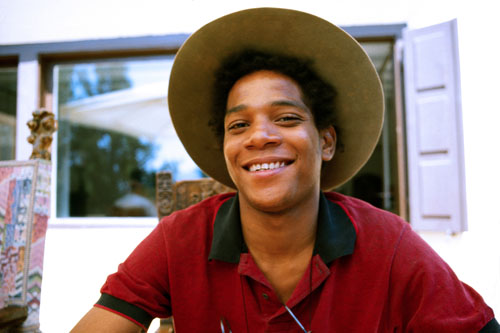 Basquiat and Davis had bonded over their shared love of film when he came to L.A. and knew hardly anyone. Until his final year, when "he went from a person to a shell," Davis captured on video the intimacy of pals just hanging out -- an endearing counterpoint to the wunderkind's short explosive life. Her seriousness, and the benediction of Basquiat's estate-wielding father, lured art-world heavies like Julian Schnabel, Jeffrey Deitch (the new head of MOCA), über-gallerist Larry Gagosian, art-world sage Glenn O'Brien and others to testify to his quirky greatness. We also hear from sundry chums and girlfriends about the more personal odyssey that unfolded as his fame grew. Gradually, a complex portrait takes shape that swallows any facile notions of what this young genius was about. 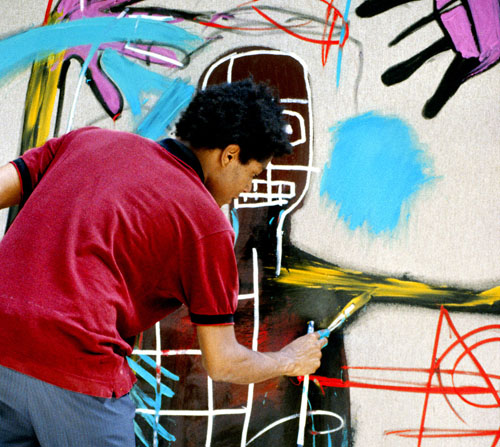 Basquiat jumped into Manhattan's fertile downtown art & club scene in the late 1970s, at first surviving by selling his images on postcards and T-shirts. Meanwhile he conjured a droll and recognizable street identity, SAMO, that raised the dialogue of street artists from I Was Here to the kind of ongoing piss-on-authority satire that made Banksy and his ilk possible. Meeting Warhol was almost unavoidable in that hothouse moment, and their friendship grew into collaboration (one more appreciated in retrospect than at the time). The meteoric fame and the inevitable drugs finally made Basquiat a poster child for the toll of premature success, but Davis' film covers every aspect of his life and work along the way: music, black identity, class-shifting, love life, club culture, his child-like nature, his premonitions of death. It is a loving tribute to a raucous time and an indelible talent.

Watch TAMRA DAVIS discuss her film in the video below.