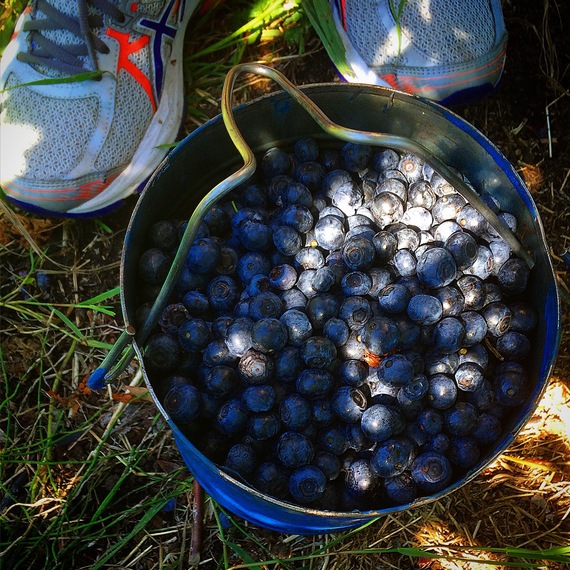 It had been three weeks of walking past the half-finished painting on the easel. My time in the studio was spent on anything but that painting. I was instead practicing my finely tuned avoidance and procrastination skills and I began to think that this painting might never be finished. I usually painted my way out of "artist's block" by breaking into my "just keep going" mantra. Instead, I walked away.

As a painter, I like to think of myself as an artist with an adventuresome spirit. After the completion of a major series, I would spend the next few weeks playing with surface, media, subject and techniques. I have always found these forays into experimentation to be valuable. I had just completed a series of studies and was ready to start translating some of these new ideas to a large canvas. Somehow, the scale changed the stakes in my mind and I now attached unrealistic significance to a 40 x 60 flat plane in space. This work was a completely new direction and I was not at all confident that reality could match my vision. I was barely satisfied with what I had done so far. Worse, I was fairly confident that from this point on I would probably screw it up, a reflection of my own unease about heading into the unknown.

Stuck, and not feeling good about it I decided to set Saturday aside, a usual painting day and pulled my husband with me to a Snohomish blueberry farm. It was a perfect Seattle summer day: bright sun, mid 70's, the kind of day that is so appreciated after a week of rain in the middle of July. I grabbed a bucket and joined the others spread among the rows and rows of the 7-foot tall blueberry bushes. Grandparents worked alongside grandchildren. Mother's were joined by toddlers at their feet, enjoying the shade and picking up the blueberries that had dropped on the ground. After walking several rows I spotted the one that was mine to harvest. It was heavy on top with plump, purplish berries in repeated clusters from the top to the bottom of the bush. Immediately I realized that just grabbing a bunch would not work as more ended up on the ground than in the bucket. Gathering blueberries required concentration, picking one berry at a time, working slowly and deliberately. Concentration on a simple task and repetition lead to a quiet repose for my mind. Ah . . . the perfect zen recipe for getting out of my own head. 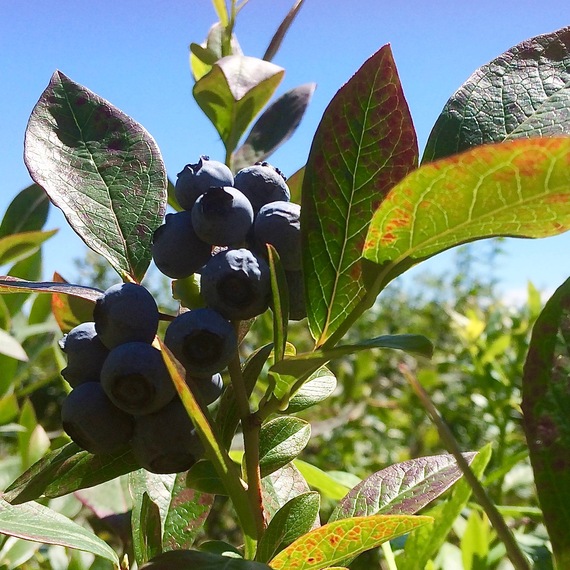 At the risk of sounding a bit corny, I had a moment. The truth is artist block is most likely entangled with other more urgent concerns of life. Everything we do exists within the context of our life. We all have our list running endlessly and noisily through our heads. In a moment, my complete focus was on the task, choosing the ripe, leaving the green, choosing the ripe, leaving the green. The chatter in my head stopped and I looked past the branches to the clearest and bluest of skies and simply felt grateful. I was overwhelmed by how wonderful the world was in this moment. How lucky I was to be standing under a bright sun on a warm day on this beautiful little patch of the planet.

It is so rare that I allow myself to be fully present to the moment that I had forgotten the power of a moment to reset your mind and soul.

It reminds me of how a spinning top finds its perfect balance between the wobbling of time and space. In an instant, it spins in perfect stillness before gravity once again assumes its ascendancy. It can be a great relief to find that moment: it expands your frame and helps you recognize that you are a part of a bigger world. An openness of heart and flexibility of thinking returns.

After collecting several pounds of perfectly sweet blueberries I started to think of that unfinished canvas as I was walking back to the car. I had the simple yet very freeing thought, "it's only canvas and paint." I reminded myself that I have made my share of bad paintings. I know there will be more and honestly they are actually the best teachers. Being afraid of making mistakes has not served me ever. I realized it was time to go make some more on that unfinished piece, or not. Who knows? It was time to stop caring so much about the outcome, get back to taking risks and to go get unstuck. Somehow and a bit magically, my time in the blueberry patch provided the catalyst to confidently return to the studio and my life. 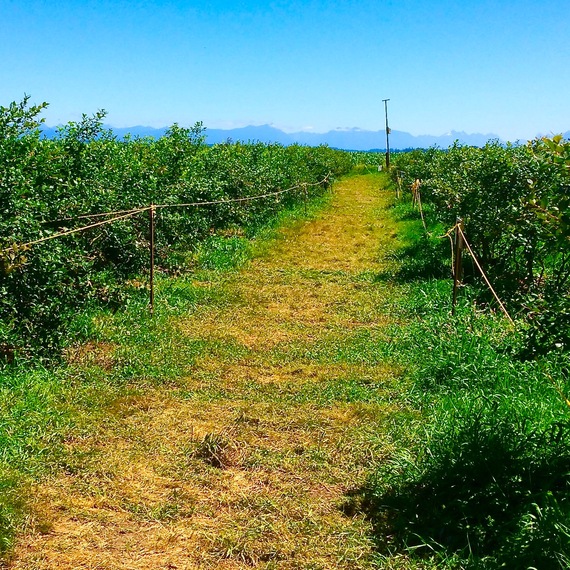 Art Arts How We Live: Wellness Arts & Culture Gps For The Soul