Brad Troemel is a conceptual artist/NYU professor/Etsy master whose online store is full of bizarre combinations of ready-made goods that look surprisingly enticing considering their expiration date. Maybe the allure lies in the flashy descriptions, or maybe it is Troeme's cultural IQ, since the artist namedrops everything from Lena Dunham's "Girls" to Danny Brown's music. While the items are a bit pricey at $30-$60, the cost is a bargain for an original work of art these days. We wanted to talk to the artist himself to find out what he had a lot to say about brands, Facebook and why artists no longer make art. Scroll down for a slideshow. 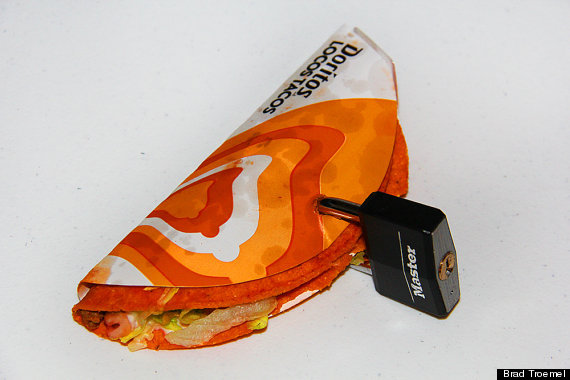 HP: A lot of the images seem to take a jab at youth culture, counterculture or the desire to be hip, casting it as contrived and empty. Are you making a statement, a joke or just giving the people what they want?

BT: As for jabs, I tried to learn how to box for a couple weeks in high school over the summer but found it difficult because I have a form of dyslexia that prohibits me from reading cursive. Recently I’ve been making a number of artist statements -– I’ve been writing a new artist statement every day. I’d show you but my dog ate them and I have student loans to pay back. By the time I bought the baseball cap, the kids were already buying the ones that came backwards. By the time I bought the normal blue jeans, the kids were already wearing the ones that started below their butts. The kids are fickle, I can't cater to them anymore. I want to cater to the products, to give them the holy matrimony they long for. My Etsy store is the art game Blink 182 for people who believe in GG Allin, but most of my buyers aren’t in the art game so it’s also the craft game James Franco for people who believe "Pineapple Express" was a documentary, but most of the people who circulate my images online aren’t in the craft game so it’s also the Tumblr game Jim Carrey in "Man on The Moon" for people who don’t listen to Andrew Kaufman MP3s. Thanks for asking.

BT: Let’s talk brands, shall we? The most luxurious brands aren’t products or people themselves, but byproducts of mythologies. Powerful mythologies are adaptable and able to maintain multiple (often contradicting) visions of their subject at once, opening room for participatory lore by as many as possible. In a global economy where most things are made from many other smaller things assembled in many places, the mere knowledge of a product’s provenance is itself a luxury -– it suggests a singularity in source or material that belies the new norm of multiplicity. A dichotomy is established: as Boris Groys outlines in The Weak Universalism, value can be understood in terms of rigidity, singularity, or scarcity as is the case in iconography or can be understood based on the capacity of a thing to be multiple, to change and maintain an adaptive relevance over time. What if a brand was multiple? Not in the sense that it would come from many parts, many different tubes of paint, or many different meats. What if the very designation of the brand itself could be called into question, alternating based on what aesthetic, cultural, or legal context it was understood through? Such would be a brand where, if it were to be made by Brancusi in 1926, would’ve allowed him to check both the “raw materials” and “art” box on his shipping form without a smirk. The mythological smuggler accepts the adamance of those who oppositionally insist on a singular understanding of what they’re peddling, knowing all along the best possible answer is ‘all of the above.’ To make a long story short, I’ve been researching Sprite a lot recently and am pleased to announce my plans to produce an Autumn Hip Hop Tour starring Drake, Riff Raff, and Bone Thugs. I’ve been painting myself purple, red, and orange based on what country I’m in. When it comes to brands image is nothing, you know?

Organically speaking (speaking of, shout out to Walmart and Whole Foods), a defining sentiment of our time is the desire to do good in the face of nihilism, irony, or whatever we perceive to be counteractive forces of evil (The Socialist Agenda, Scientology, Dem Murdoch Boyz, etc.). Even the most dreadlocked-up person you know, even the Mom publicly breast feeding in Trader Joes, even the millionaire in Palo Alto who scooters to his day job has accidentally bought in to the idea that his most effective political weapon is not voting in a democracy but his participation in markets, his purchase of products, his public display of being a supporter of those products, his ability to create an image of political allegiance on the level of objects and images. There are more "Hope" T-shirts in the world than Americans eligible to vote. This was an idea initially proposed by people like Alan C-Span because they believed the market was a more effective tool in gauging the will of a people than representative democracy. Because I’ve been a classically trained conceptual artist since middle school (ugh, white Tiger Moms -– I know!) my favorite products are the ones that make use of this feeling of political impotence by conceptually suggesting their purchase is, in itself, a form of resistance. These companies are engaged in a form of semantic and emotional abuse that I find very inspiring and look to accelerate. I take pride in providing some of the most significantly organic, inscrutably rare, and immeasurably valuable products on Etsy. There is often only a single example of the things I make. Sometimes I re-use the same components and try to find different combinations that may be even more locally made or ergonomic. So when one thing is purchased sometimes other auctions have to end because they all contained a common variable. When that happens there are technically 0 of those other products in existence. They're only ideas. Can you imagine how rare something is that doesn't even exist? I wish I could sell those products because they would be worth way more than the ones that do exist. I think they call that a "Catch 22". 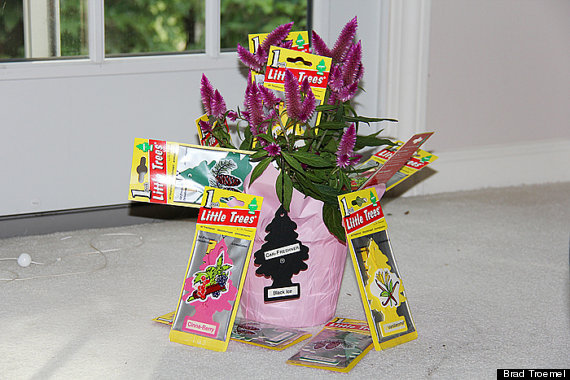 HP: How do you go about pricing your works?

BT: Thanks for asking -– I align my prices based on LIBOR standards, primarily. I actually base my prices on the quality of my art, as this an exceedingly successful strategy for critical assessment in American art that has existed for over a century now. As Stefan Germer notes in his essay "Pictures at an Exhibition," the conflation of art and priceable property has a long history, dating back to the American public’s first wide spread exposure to fine art coming through the Interstate Industrial Expositions popularized in the late 19th century. These novel expositions featured both new industrial equipment and art with the kind of auratic presentation that was usually reserved for objects of worship. The machinery and art had a double purpose: to be purchased by those elites who could afford it and to imbue a new sense of taste in the American middle class. The equipment featured was intended as an ideological promotion for the Industrial Revolution. In the case of art, promoters sought to engrain the middle class with a desire and appreciation for high culture. The aesthetic criteria set for the ‘best’ art was lost on a formally untrained public who preferred to see images that reflected small domestic scenes (they wanted to see pictures of themselves, essentially, just as each of our most viewed Facebook pages is our own). Art sales proved a far more effective grading scale for the middle class to judge the best work by and the public came to appreciate works of art that commanded the highest price. This price-based understanding of value was first used for the industrial equipment being sold identically alongside the art. As a result of this pairing, there was a conflation between aestheticized commodities and the commodified aesthetic objects that has lasted all the way to the present day. Bad art is worth about $15, good art is worth $45, extremely good art is worth $65, great art is worth $100, and very good art is worth $12 million, etc.

HP: On your Facebook your cover photo is a screen shot of Saatchi Online. Would you ever abandon Etsy for Saatchi, if an offer was made?

BT: If Charles Saatchi compared the two profit margins he’d choose Etsy, just like I did.

HP: In an interview with Paper you said: "Through Napster I taught myself how to turn music I didn't create into pliable self portraits for Myspace profiles at a later age." How much time should an artist spend curating their persona vs. creating work?

BT: I’m proud to say I’m part of a generation of artists who have stopped making art altogether -– what else was there to do after the readymade? Sharks are an endangered species now, we can’t embalm them forever. That’s why my Etsy store isn’t art, I’m just trying to make a buck and pay back some of these loans I took out to learn what Sea Punks are first hand. The shrinking difference between social networking for the betterment of your art career and social networking as an art project unto itself may be part of a greater trend in our contemporary understanding of celebrity. Prior to reality television, the distinction between a celebrity’s private and public life was tenuously kept but widely believed. Gossip magazines served to satisfy our lust for celebrities beyond the brief screen time we were able to spend with them as public figures. Though the narrative arcs created by gossip magazines intentionally resembled the plot lines of the movies and television shows their subjects starred in, the sensationalized nature of these publications –- disparagingly referred to as ‘rags’ -– maintained an air of uncertainty over whether the private information being revealed in their pages was actually true or not. Reality television effectively banished these borders between public and private for the celebrities it created, ideally establishing a constant stream of people behaving as they would privately for the viewing of the public. The purportedly objective, documentary-style filming of people in everyday situations made the grainy, decontextualized still images of gossip magazines second rate material. The lure of real embarrassment, secrets, sex, violence, and all else quickly eclipsed the fictional characters portrayed by celebrities on sitcoms and other fictions, establishing a new dominance in cable television. Actors who once devoted time to projects, sets, and the performance of characters separate from themselves now increasingly choose to have the camera follow them in their day-to-day lives as celebrities. Similarly, artists who at one point may have made art now spend time publicly exemplifying their lifestyle as an artist through Facebook. 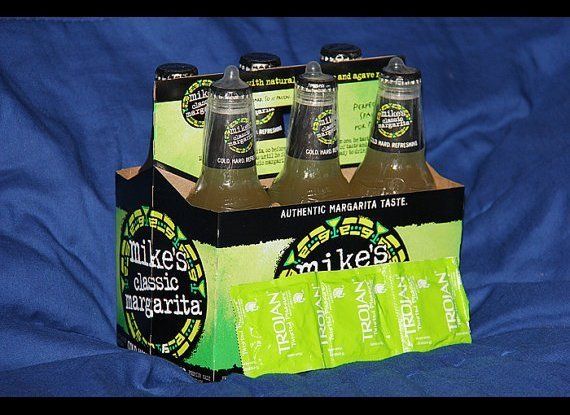