Many street art installations tend to be temporary, vulnerable to the whims of the public domain whose upkeep often involves whitewashing the walls that were the artists' canvases. But one artist, London-based Evewright, is taking the ephemeral nature of public art even farther. He's turned to the beach as his canvas, creating giant swirling designs on the wave-engulfed sands of the British coastline. 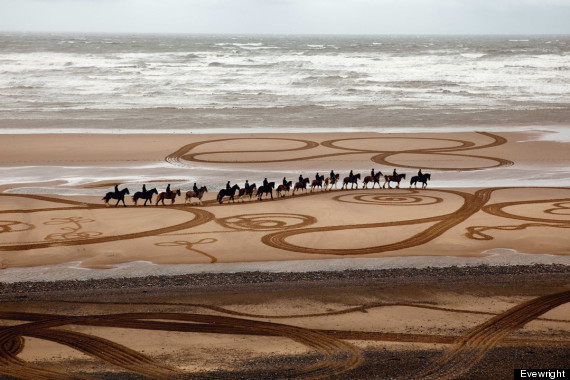 Titled "Walking Drawings," the experimental installation project has been ongoing for the past eight years. The large-scale sand designs are initally created by the artist using a combination of freehand and mechanical tools. Etched into the sand across a quarter mile of beach in the early morning, the designs are then given life by people dressed in all black who volunteer to walk the creations from start to finish. They represent various ages, genders and cultures, and are filmed and photographed while hypnotically tracing the path of the drawing by foot. Most recently, some of the project's participants were set atop dark Cumbria Heavy Horses, heightening the mystical feel of the performance.

The artists states on his website that he was inspired by the idea of taking his studio practice into a public space where he could actively work with other people. The project "experiments with a new way of drawing," he states, "swapping traditional media such as paint, charcoal and paper with landscapes, digital video pixels and people.”

Check out images of Evewright's "Walking Drawings" in the slideshow below. 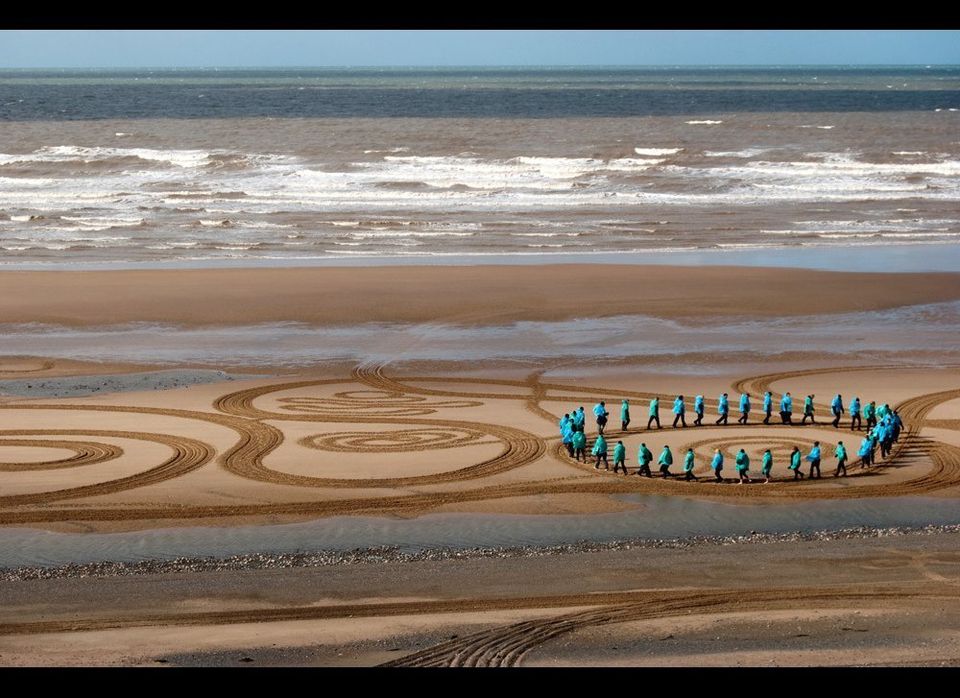