My conservative Arab father always told me I had no shame. Little did he know that my insatiable desire to exhibit and entertain as a performance artist would come in handy for Occupy Wall Street. I help the movement spread its message of the 99 percent in a somewhat unique and flamboyant way. Whether I am dressed as Marie-Antoinette, protesting against workers' low wages in front of a Walmart in New Jersey; a police officer during an anti-police brutality march in Union Square; or a dominatrix covered in fake money in front of the Federal Reserve, I am compelled to be a living breathing costumed illustration of my own political beliefs. And mind you -- all of this is done on skates.

So why do I risk arrest, brave the sometimes hostile elements and lose sleep over hours of preparation? An obsessive desire for creative self-expression is the obvious reason. The other is that it is my chance to belong to an amazingly purposeful politicized community. When Occupy began, I connected with a group of people who could discuss the complexities and dynamics of wealth, power and social mobility in our society. From them I learned how bankers from HSBC laundered money for the drug cartels and avoided criminal prosecution, why the Dodd-Frank reforms do not go far enough to insure our country's financial stability, and the reasons behind the lack of mobility for the low income. Although these people were for the most part strangers, they charmed me with their warmth, intellect, and uncanny ability to make complex information understandable. They were also keen to make a positive impact. I quickly decided I had to join the Occupy movement.

It also gave me an entirely new venue to act out my political beliefs. As a professional figure skater and parade personality, I spend a substantial amount of time choreographing routines for my students, crafting costumes and displays for parade floats, generally thinking of how to most cleverly entertain an audience. What better way, I thought, than to take my already-polished skills to spread the message of social and political change. And through this, I have emerged as a different kind of protester -- someone who is not hostile or aggressive, but a messenger that exudes a certain amount of joy and humor. I parlay the political narrative in a colorful visual way, provoking thought and capturing media attention while at the same time diffusing potential tense situations.

Performing has not come without its challenges. Last March I was slapped with a $120 summons from the NYPD for impeding pedestrian traffic with my butterfly wings on a lazy Saturday afternoon in Zuccotti Park. Like the other 1,766 protester cases that have been dismissed, my case may have the record in expediency, being thrown out in less than 5 minutes of the hearing for its lack of evidence. I was also nearly beaten up by a group of twenty-something American Muslim women while demonstrating against the violent assault of the Egyptian woman in the blue bra by the military police in Tahrir Square, in Cairo, during Arab Spring. Although the U.S. protest organizers approved beforehand my performance in front of the Egyptian Embassy, in New York, the women felt my emulation of the young Egyptian woman who had been attacked was sacrilegious since I was showing a blue bra as well as my midriff. Then there were other protestors there who thought that I was a plant from the Tea Party, and that my intention was to cause mayhem and confusion. It is times like these that the political message or beauty of a politicized performance can sometimes be completely misinterpreted.

However for myself, when I consider the impact of my performance art, I try to be realistic. If my costumes and personae start a conversation, give someone the impetus to look something up on the Internet or even provide a photo opportunity, I feel like I have made a contribution: being a small part of the catalyst for change.

Most recently, I participated in a mock wedding on the Federal Steps in New York City's financial district, protesting the U.S. Supreme Court decision in Citizen's United vs. Federal Election Commission. Moonlighting as Uncle Sam, I wore an American Flag tutu and a boa of fake $100 bills. In addition I carried a life-size congressman "doll" in business attire, with a "Congressman for Sale" sign around his neck. A mother excitedly ran up to me to take a photo, while explaining to her daughters there is too much money in politics and how lobbyists tried to buy the presidential election but failed. She snapped a picture of me and continued telling her children about politics, finance and greed, as they walked down the block. As I carried on with the protest I thought to myself: Occupy's Freedom Fairy strikes again! 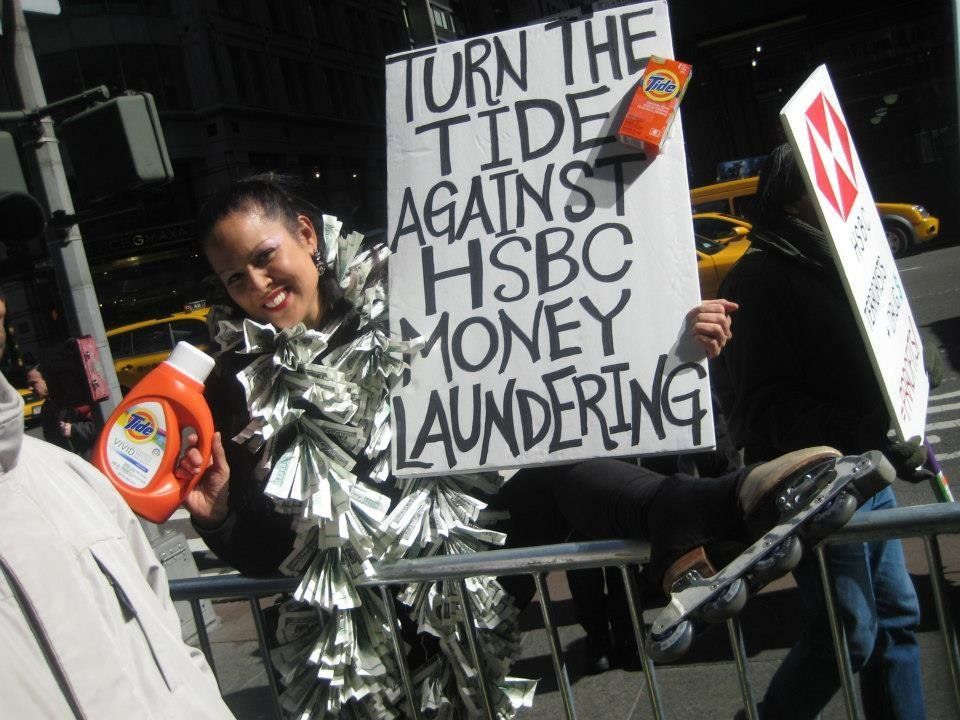