Geo Wyeth is a musician and performance artist who is a rising star in the New York art world. He's also a biracial female-to-male transexual (FTM) who sings openly about living in a world of binaries. His songs are campy and dark, channeling influences and voices like a spiritual puppeteer with brooding vocals that would make Morrissey proud.

For his performance "OUT OF BODY OW! TUF BODY" at Kate Werble Gallery in New York this past January, Wyeth played in a luminescent white tent evoking the architecture of an Apple store. (This resemblance wasn't coincidental; the artist is a former Mac Genius, after all.) We spoke to Wyeth to learn more about his life and work, as well as his incredibly unusual e-mail signature. Scroll down for video and a slideshow.

HP: Tell us about your upcoming performance at Human Resources, entitled, "I Am Serious Man."

GW:It is an installation that I'm building that features a giant pair of pants -- glowing pants. It follows this weird character I've created called "Kitchen Steve" as he explores these sonic landscapes I've made with a sampler and keyboards. The character exists outside and inside the sonic landscape.

HP: In previous interviews, you've called your music theatrical. Do you play a different role each time you perform? Does each voice contain a personality?

GW: I realized that more recently, that whenever I have the urge to create anything or make something, I often pretend to be other people or channel an energy or force that later maybe develops into a kind of character. Not necessarily character in a theater way, but in a way that something has character. I am channeling an energy or identity.

I have moved very quickly through a lot of different kinds of performance in my life, a lot of my work sounds very different. I used to feel bad about that. I feel very natural navigating these different zones and territories, but I thought about it as a weakness. Now I think about it as what I do I am channeling these identities. I was playing the accordion a few years ago and that had a particular character -- it was more folky, less layered, more simple and stark. I try to have my antenna up, and am receptive to whatever comes through me.

OUT OF BODY OW! TUF BODY - excerpt from Geo Wyeth on Vimeo.

HP: Why are visuals necessary to your performances?

GW: I really struggled with this. I think a lot of my performance is about not being in my body. Adding visual elements has the potential to make things overly complex and be distracting. It has been a learning process, figuring out what is distracting, what isn't, and what interrupts the sequence -- which is sometimes really great. I use the visual element as its own language that comes with and interacts with the sound and with the body. I have shied away from projection and photography, anything that has that clarity of meaning. I refer to them as props or a set, anything that can compliment or assist the show. It's all part of the same world, evocative in the same way.

HP: How did working at the Apple store shape your ideas about technology and art? Do you see a DIY ethos as working against technology in a way?

GW: I love technology. Technology isn't all computers -- it's anything that is a tool. It used to be a pen and a pencil, you know? I am not anti-technology at all. I am actually sort of fascinated by it and how it changes our relationships to our bodies.

Working at the Apple store has, strangely enough, informed my work in ways that I never anticipated. It was more about the experiences that I had when I was there -- the energy of working in a very corporate environment.

Also, I learned a lot from the interactions I had teaching people how to use their computers. A lot of folks who came in were artists from an older generation, who lived in SoHo since the 60s. Watching somebody like that interacting with virtual material was really strange. Old musicians would come in to learn Garage Band; the link between their bodies and how the sound got created was totally warped. They were so bewildered by how disembodied the experience was of making a piece of art.

The process of building something takes a really long time; you learn things about your body and how your body is interacting with the materials you are using. But when you are working on a computer, you are really just moving on a pad and that is the embodied experience. It just totally blew my mind. How do artists know who they are? How do you differentiate who you are from other people? So much of this knowledge comes from doing things with our bodies. That coldness of feeling also reminded me of New York City and the whole corporate takeover [here]. 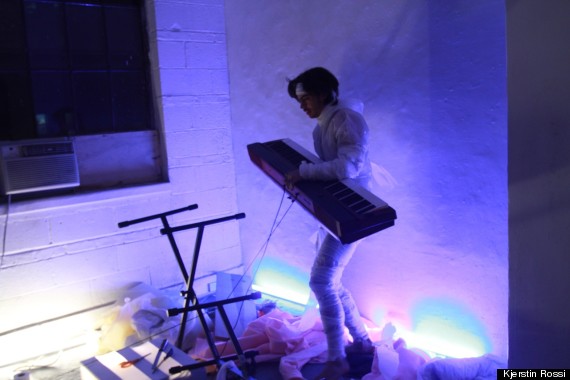 HP: What is the relationship between being a "queer artist" and making "queer art," and is your art autobiographical?

[Sighs] My performances come from a very personal place. My work is queer because I am queer. It comes from the kind of life that I lead. For me, being queer and being an artist are sort of synonymous. All the aspects of who I am are present in the work. There are all kinds of things about my identity that come through the work, and that's true for all artists. Someone recently asked me how gender plays into my performance and I found that sort of odd. Of course it does -- it does for everybody. When you see some dude on the stage with his rock band shredding on his guitar, he is also using gender in performance. Of course my work is queer and of course its trans[gender] and it's also coming from someone who likes macaroni and cheese. I hope that all of who I am is present in the work.

HP: Was that question frustrating?

GW: No, it's kind of a duh question... Anything that is being expressed in culture is where it comes from. Of course people are going to ask me this question because I am my work. It would be different if I wasn't putting my body on the line the way I do in performance. I am in the work in a very visceral way, so I have to expect to be asked about my life.

HP: We really like how you sign your e-mails "Sent from the alien place." What's up with that?

GW: There was this moment a while ago when I lost my godmother, who was very dear to me, and I started sending her e-mails because I really missed her; they didn't bounce back. The Internet is this weird landscape that is so intangible. Like, what is actually happening really? Where is this going right now? It is still weird for me even though I worked at the Apple store.

Wyeth will perform at Human Resources in Los Angeles from January 25-27, 2013.

See him in our roundup of transgender artists you should know in the slideshow below, and let us know your thoughts in the comments section:

PHOTO GALLERY
Transgender Artists You Should Know
Download
Calling all HuffPost superfans!
Sign up for membership to become a founding member and help shape HuffPost's next chapter
Join HuffPost 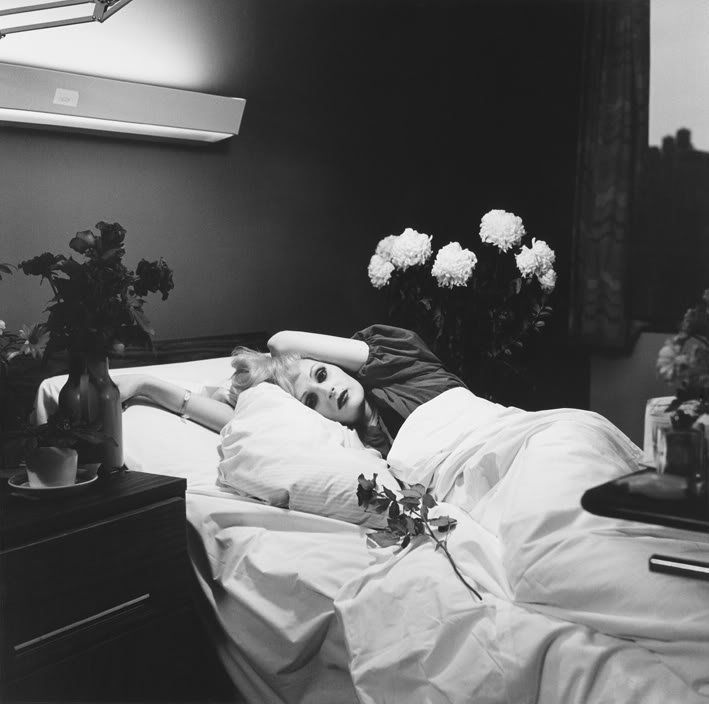 1 / 20
Candy Darling
Andy Warhol's muse was both an artist and the work of art itself, as one who created and curated a feminine persona that captured all the archetypes of womanhood from femme fatale to Hollywood glamazon. <a href="https://www.huffpost.com/entry/new-documentary-tries-to_b_584739">Caroline Hagood explained in a HuffPost Arts blog</a>: "People can handle ambiguity in art, but not in human beings. As a result, Candy gave them their answer: woman, not man; woman, not cross-dressing man; and not just any woman -- Marilyn freaking Monroe with a secret penis." Candy Darling passed away from cancer in 1974.
Peter Hujar, HuffPost Arts