In a 1991 interview with Esquire, Donald Trump said, "You know, it really doesn’t matter what the media write as long as you’ve got a young, and beautiful, piece of ass." Too true, Trump, you crazy sexist.

Unfortunately, the racist demagogue doesn't seem to be packing much himself when it comes to the downstairs department, at least according to a nude artwork making the rounds online this week, thanks to artist Illma Gore.

On Feb. 9, the same day Trump won the New Hampshire Primary, Gore posted the NSFW image to Facebook along with the caption: "My latest painting 'Make America Great Again,' because no matter what is in your pants, you can still be a big prick."

The painting features a routinely livid looking Trump, his mouth pursed and ready to spew some scary xenophobic hate and casual misogyny. But the only thing Trump is wearing, aside from a bracelet, is whatever blonde guinea pig is atop his head. And, at least according to Gore's interpretation, Trump's overconfident macho-bully persona is definitely compensating for something.

Gore's image is available for download on her website, along with a censored version to show your more prudish Trump haters. If you never want to look at this image ever ever again, however, I understand fully and support your decision. 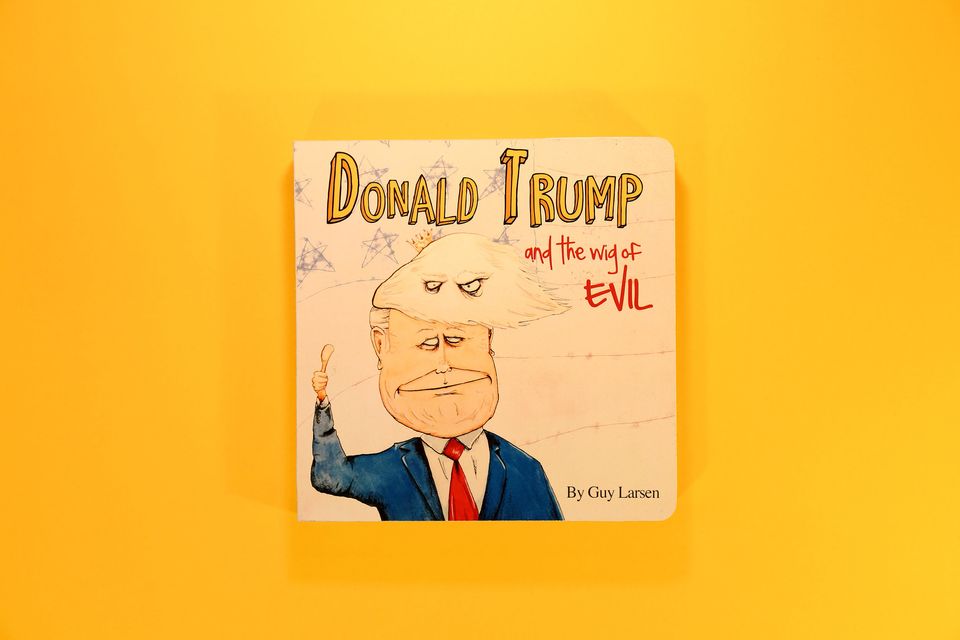