This month marks the successful landing of NASA's Mars rover, Curiosity. With aims of assessing Mars' ability to sustain life forms, the rover has just now begun to send images back to NASA's Jet Propulstion Laboratory. While the world waits in eager anticipation for a glimpse of the present surface of Mars, one artist, Kelly Richardson, is getting a jump start on NASA's delivery. Her new large-scale cinematic installation, titled "Mariner 9," gives viewers a peak into the Red Planet's dystopian future, depicting the vast Martian landscape as it would look centuries from now.

The project is a 12-meter long panoramic installation of a science-fiction inspired landscape on Mars. Using NASA imagery and technical data from the genuine Martian environment, as well as scenery generation software developed in the film and gaming industries, Richardson depicts a number of abandoned spacecraft relics laying on the dust-ridden surface of a hyper-realistic planet. Some of the crafts remain motionless as if they have not been used for years, yet others demonstrate flickers of functionality, perhaps continuing to transmit information to a future civilization.

Richardson draws from cinematic techniques as well as conventions of landscape paintings to illustrate the distinct weather patterns, geology, and soundscapes of her awe-inspiring environment. So if you can't wait for a taste of Curiosity's findings, check out images of Richardson's work in the slideshow below. The exhibit will be on display at The Spanish City Dome in Whitely Bay, England until August 19th, 2012. Tell us what you think of her Martian imaginings in the comments section below. 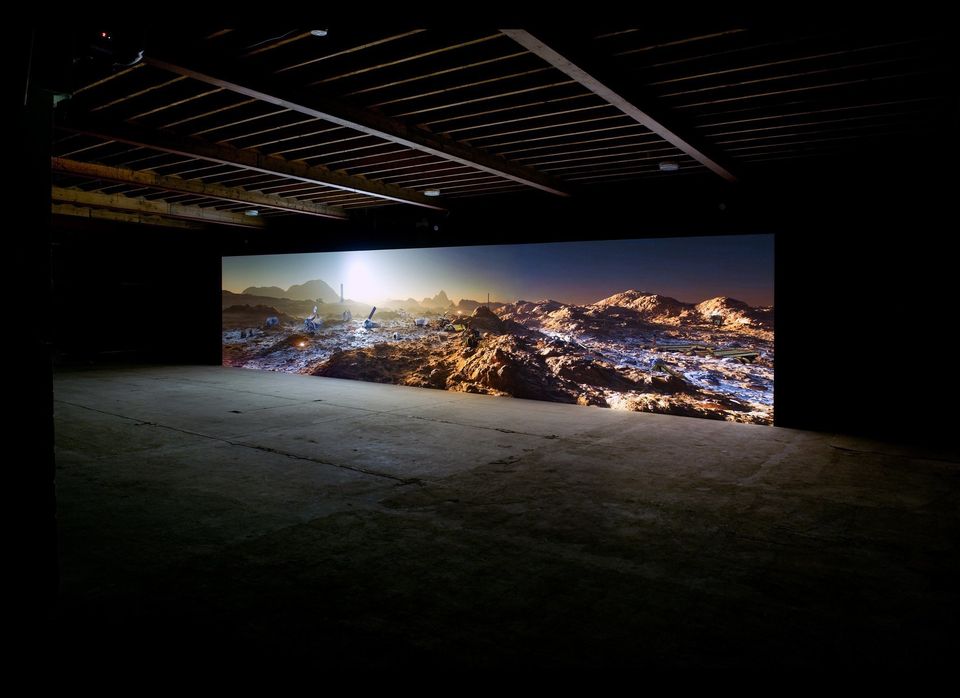