Armed with a can of washable spray paint, an artist in Greater Manchester, England, has embarked on a worthy crusade: to rid the region of potholes… by drawing penises on them.

The anonymous artist, who goes by the name “Wanksy,” told the Manchester Evening News that he decided to draw attention to the “appalling” pothole-ridden streets after some of his cyclist friends were badly injured on the roads.

“I wanted to attract attention to the pothole and make it memorable. Nothing seemed to do this better than a giant comedy phallus,” he said. “It’s also speedy, I don’t want to be in the road for a long time. It seems to have become my signature. I just want to make people smile and draw attention to the problem.”

Here's a nice long one for you all.

Here's a nice big wanksy to cheer you up as you go back to work .

The artist, who uses non-permanent paint that he says washes out within a week or two, told BBC Newsbeat that his scheme has proven successful so far, with potholes apparently getting fixed more quickly.

"People will drive over the same pothole and forget about it,” he said. “Suddenly you draw something amusing around it, everyone sees it and it either gets reported or fixed."

Wanksy, whose pseudonym was inspired by street artist Banksy, has apparently won himself many fans for his antics. The local government, however, is not amused.

A council spokesman in Bury, a town in Greater Manchester, told the Evening News that the artist’s actions “are not only stupid but incredibly insulting to local residents.

“Has this person, for just one second, considered how families with young children must feel when they are confronted with these obscene symbols as they walk to school? Not only is this vandalism, but it’s also counter-productive,” the spokesman said. “Every penny that we have to spend cleaning off this graffiti is a penny less that we have to spend on actually repairing the potholes.” 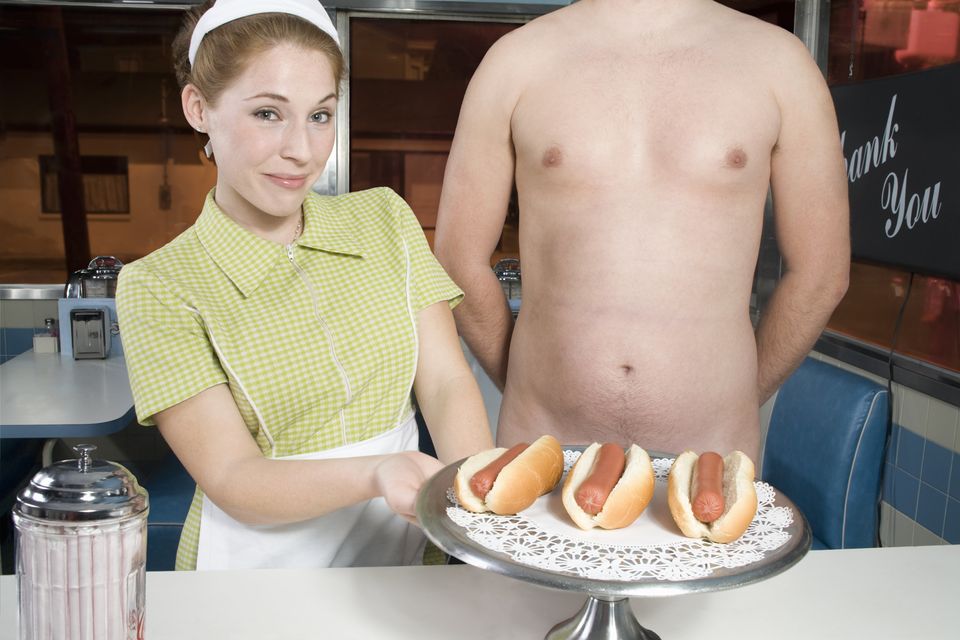 1 / 10
Confessions Of Man With Two Penises
When you come to a fork in the road, you might be looking at this guy naked. A man identifying himself as "DoubleDickDude" -- or DDD -- became a legend on Reddit's "Ask Me Anything." <a href="https://www.huffpost.com/entry/man-with-two-penises-reddit-ama_n_4531433" target="_blank">Click through if you want to see the full double-barreled monty</a>. DDD's medical condition -- diphallia -- only confirms that he's not alone. He describes himself as a healthy bisexual, who is currently involved with a man and a woman. His partners were dating each other before they became a threesome. We also know his underwear habits. He goes commando, except in winter, in which case each of his penises takes its own side down his skivvies. <a href="https://www.huffpost.com/entry/man-with-two-penises-reddit-ama_n_4531433" target="_blank"><strong>(Full Story)</strong></a>
Sheer Photo, Inc via Getty Images