Most people would agree that trolling movie spoilers are amongst the most hated species of Internet users. So when a couple of artists decided to bring those trolling tactics to the streets of Atlanta to ruin the ending of "Looper," you can just imagine the results.

(SPOILER ALERT THE SECOND: We're not joking. If you keep looking down, the movie will be ruined for you. Don't say you weren't warned!)

As you can see, the message reads: "LOOPER/SPOILER ALERT/BRUCE WILLIS DIES," which ruins the ending of the futuristic mob movie for every unsuspecting driver who passed by. Artists controlled the sign via a remote, directing several trollish messages at cars in real time. At one point, the sign flashed, "ARE YOU MAD?"

The whole road-side act was an art installation simply titled "TROLL," which was meant "to mimic the incendiary remarks put forth by internet pranksters," as one of the road-side pranksters eloquently wrote on the project's website.

The installation took place during Flux Night 2012, an annual public art event in the city. Here's what Flux Projects had to say about the thought-provoking act:

"The intended effect of the staged troll-like messages is a little 'empathy training'... Being put on the receiving end of a staged social practice like 'trolling' may help shed light on this behavior by taking it out of the context of the Internet and directing it at us while in public trying to enjoy ourselves."

Now, the spoiling of "Looper" will probably not make it into the trolling hall of fame. We all knew there was, like, a 50% chance Bruce was going to die in the movie. But we bet many film fans out there will have a thing or two to say about the sanctity of movie endings.

Check out some of the other messages displayed by the artists below, and let us know what you think of the "Troll" installation in the comments section. 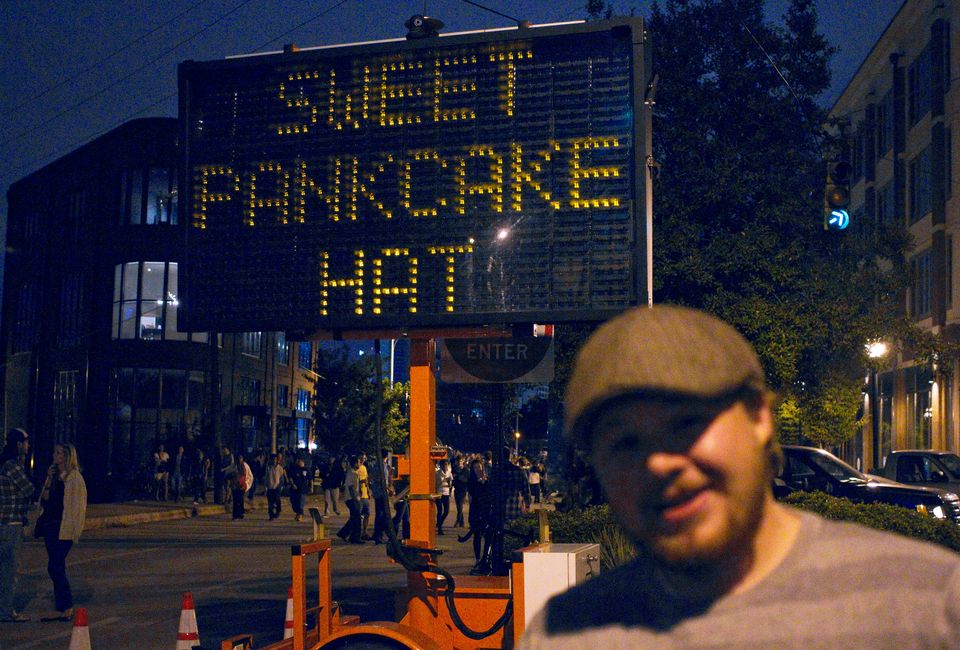