When he was in sixth grade, Michael Dotson's mother began working as a toy designer. He watched from the sidelines as his mom helped translate two-dimensional cartoon characters into three-dimensional objects, plucked from the screen and placed into the hands of real kids, free to bring the figurines to school or playdates or wherever they so pleased.

With these manufactured reproductions, children ushered the inhabitants of their cinematic imagination into their lived worlds, where Belle could play with Buzz Lightyear or Kermit the Frog or even that guy Steve from across the street.

Now grown up, Dotson is a painter. And just as action figures allow kids to invite animated characters to their dinner tables, so Dotson's artwork provides him access into the animated realm of Disney's iconic images, to play around as he desires. His paintings combine the cloying familiarity of cartoon classics with varying degrees of artistic transmutation.

Some of the intensely flat images seem almost like stills from your favorite childhood film, while others feel more like the the nightmarish result of a hallucinogenic trip starring Pocahontas. Figures are stretched and squeezed, backgrounds vibrate with airbrushed ambience, and yet the nostalgia of the original image seeps through, speaking to the unyielding grip these images have on our subconscious imaginations.

Dotson began painting stills from Disney movies after discovering a website featuring nearly every frame of every animated Disney movie ever made.

"It's the simplicity of it," Dotson told The Huffington Post, describing what attracted him to the images as subject matter. "All the characters are just big flat shapes in all these great colors, set atop beautifully painted backgrounds. You have two completely opposing styles working together in every frame."

The archive from which Dobson sources his images, he says, welcomes users' appropriated art, allowing anyone access to the JPEG stills to create GIFs or collages or whatever else. When scouring the site for painting inspiration, Dotson looks for an image that he feels has room for him, has some space to grow.

"I guess it would be an image that hasn't fully reached its potential," he said. "Like I see some stills that just look perfect already. But a lot were never meant to be looked at for very long, so they didn't need to be considered in the same way as, say, a painting."

Typically, 12 images make up every second of an animated film, so many of the Dotson's paintings, when digested on their own, can come off looking rather simple or strange. For the artist, this is part of their intrigue. "Things needed to be simplified greatly for the medium of animation just to make it practical," the artist said. "In any kind of representational painting I am always interested in how the artist breaks down information, how they make the most out of a little."

After selecting an image, Dotson uses Photoshop to begin his manipulations. He paints in portrait orientation, and the stills are always in landscape, so he starts by cropping the images and sometimes doing some additional stretching and curving to set the scene askew. The images are then injected with electric colors and buzzing patterns, reminiscent of, as Alex Ebstein wrote in an interview with the artist, "movie theater and bowling alley carpets, bus seat upholstery and allover print sweatshirts."

The final paintings don't only recall a childlike imagination but the wonderfully seedy experience of suburban entertainment -- as if the impressions of taking the bus, eating popcorn in the theater and begging for a souvenir all made their mark on the movies' stuff itself.

In an email to The Huffington Post, Dotson explained his connection to Disney movies growing up, a connection that most Americans can relate to -- not too fanatical, but hard to avoid as well.

"I remember seeing 'Aladdin' and 'The Little Mermaid' in the theaters. The more classic movies are harder to pinpoint. I have no memory of seeing 'Cinderella' or 'Snow White' for the first time. Some of the classic ones just feel like they are part of you, or part of our shared cultural experience. Some movies that I have painted from I have never actually seen, but their pervasiveness makes me feel some attachment. For example, I have never seen 'Pocahontas,' but I remember seeing ads for it constantly, seeing the characters on my McDonald's cups, and I even had to sing 'Colors of the Wind' in elementary school."

It is this subconsciously ubiquitous relationship to Disney's content that makes Dotson's images so compelling. Even when warped into chromatic abstract oblivion, we can recognize Belle's iconic rose and Ariel's silhouette mid-hair flip.

Aside from its cultural omnipresence, Disney appeals to Dotson because of its inextricable association with living happily ever after. "[It] represents everything good, magical, safe and ultimately unattainable," Dotson said in his interview with Ebstein. "The world of Disney presents a particularly American vision where hard work and struggle pay off in a happy ending. I think to some degree my work has always been about presenting a fantasy-reality that is just outside our reach." 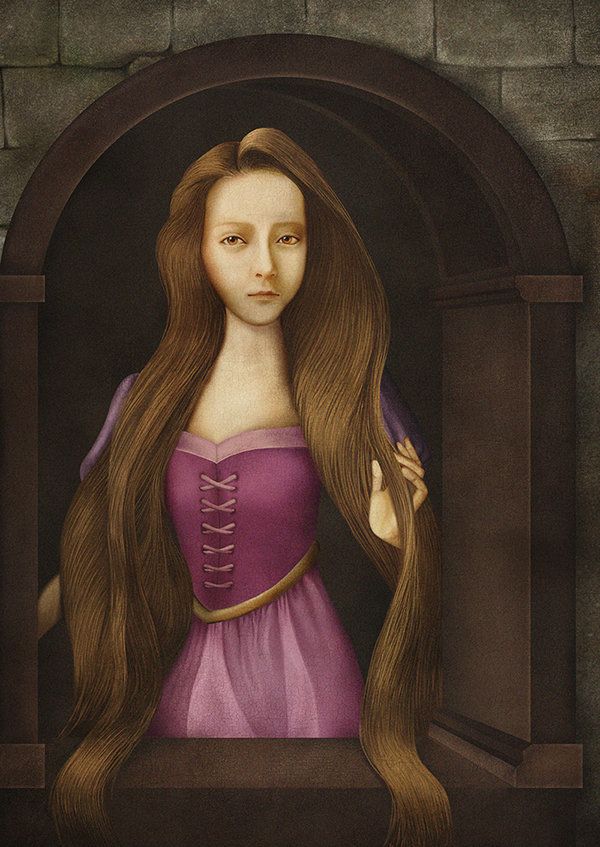