Most of the Soviet dissidents of the yesteryear would immediately recognize the song about the phantom haunting Europe, the phantom of Communism. I wonder what their reaction would be to the punchy and provocative exhibition of political posters by Russian artists at the Craft and Folk Art Museum. These hand-painted posters from the late 1980s and early 1990s were made during the tumultuous years of Glasnost and Perestroika, when Gorbachev attempted to save the Soviet Union from collapse. 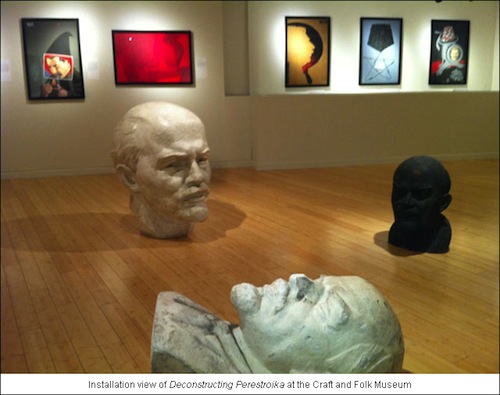 During the Stalin era, it would be totally suicidal for Soviet artists to make posters such as these on display here. Like the one with the moustache of Stalin squeezed between the beard of Karl Marx and the eyebrows of Leonid Brezhnev. And all this topped with a slice of Lenin's bald head. Selected from the permanent collection of the small, feisty Wende Museum in Culver City, these posters draw blood and make merciless fun of "dear leaders" such as Lenin and Stalin, Hitler and Marx. 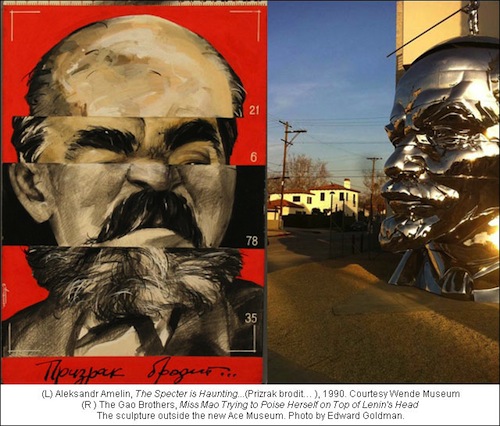 A few weeks ago, I talked about the gigantic sculpture of one of these leaders, Vladimir Lenin, which proudly stands on the corner of 4th and La Brea. Made by the Gao Brothers, dissident Chinese artists, it pokes fun at Chairman Mao, whose tiny naked figure balances on the top of Lenin's smooth, shiny head. One wonders if the simultaneous appearance in Los Angeles of all these Communist phantoms is just a coincidence, or... is there something nefarious in the air? 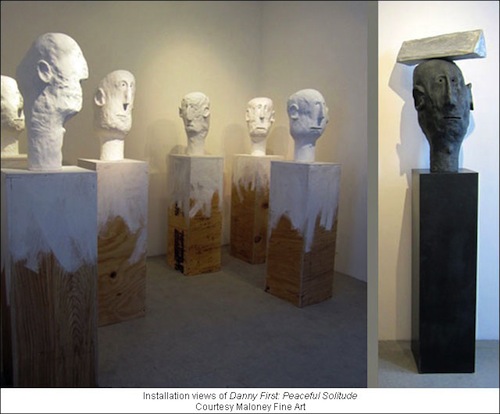 At this point, I believe, we are ready to face a series of whimsical, slightly scary sculptural portraits by Danny First at Maloney Fine Art. These bronze and clay heads have a strong resemblance to each other, like cousins and brothers, products of family inbreeding. Who are these amusingly ugly creatures, who at first glance make you wince, but who also have something so vulnerable about them that you almost want to protect them? Maybe even to adopt one. 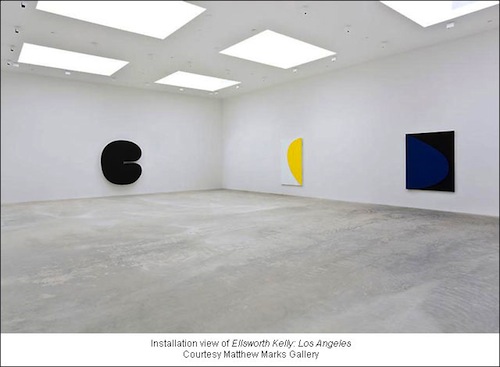 But, there was one exhibition I saw over the weekend that made me, at least for a moment, forget about all the imperfections of the world. I am talking about the impeccably installed, abstract sculptural paintings at the new Matthew Marks Gallery, done by 88-year-old -- no, let me take that back -- 88-year-young Ellsworth Kelly. What an amazing artist.

Edward Goldman is an art critic and the host of Art Talk, a program on art and culture for KCRW 89.9 FM. To listen to the show and hear Edward's charming Russian accent, visit http://www.kcrw.com/media-player/mediaPlayer2.html?type=audio&id=at120207artistic_execution_o.