Sandro Botticelli, Henri Rousseau, Vincent van Gogh, Francisco de Goya, Giorgione. Aside from being some of the most imaginative and renowned makers in the history of art, these old masters share a common interest: depicting the mysterious state of sleep.

Meir Kryger is a professor at Yale School of Medicine and a sleep expert who has been obsessed with slumber since he can remember. "I’ve been studying sleep for God knows how many years," Kryger explained to The Huffington Post. "I’ve alway been interested in it."

Kryger's research primarily revolves around the mechanics, functions and pathology of sleep -- for example, analyzing breathing patterns during sleep and examining the relationship between heart failure and sleep respiration. However, there are certain questions about the mysteries of sleep that all the scientific research in the world cannot begin to answer. Questions like: Why do we sleep? Why do we dream?

"To me, sleep is very mysterious," Kryger said. "It’s obviously another state. We don’t completely understand why we sleep. There are certainly a lot of theories, but we don't know for sure. And then there’s the whole other question of dreaming. Babies begin to have the features of dreaming even before they are born. The question is, what do they dream of?"

In a chapter of The Atlas of Clinical Sleep Medicine titled "Sleep in Art and Literature," co-written by Colin M. Shapiro, Deena Sherman and Kryger, the authors journey through art history's exhaustive relationship with sleep, exploring the various ways artists have portrayed the banal yet eternally mysterious resting state. "What is more boring than sleeping?" Kryger joked. "And yet all these artists found something compelling about it."

"Whenever I go into an art gallery or a museum, I’m attracted to images of sleep," Kryger continued. "I am interested in what goes through an artist’s mind when he or she is painting a sleeping person. From their perspective, is the person resting? Recovering? Are they in a state of danger? What is the artist thinking about when creating these images, and what does that mean for the viewer who sees them?"

He begins with mythology, examining Sandro Botticelli's 15th century piece "Mars and Venus" as a prime example. The image depicts Venus, the goddess of love, sitting alongside Mars, the god of war, while he sleeps. Around them, baby satyrs play with Mars' weaponry and unconscious body. "The piece is basically saying, love conquers war," Kryger said, describing Venus' power over Mars in his resting state. In this particular painting, sleep is equated with weakness and vulnerability.

However, Giorgione's 1508 "Sleeping Venus" portrays a different vision of sleep, one very much bound up with power and eroticism. The Venus rests nude, her hand placed gently over her genitals, though despite being completely exposed she seems in control of her body and herself. She's in a world all her own and appears almost untouchable in her liminal state.

Sleep is often aligned with notions of eroticism as well as innocence. This can get complicated, however, when sleep is also framed as a parallel state to death. From John Millais' iconic Pre-Raphaelite painting "Ophelia" to the "Anatomical Venus" sculptures that were once, quite bizarrely, the medical standard for anatomical models, history, and especially art history, has a thing for idealizing pretty dead girls. Artists fixated on sleeping women occupy a similarly problematic territory -- suggesting a woman is most desirable when inanimate -- although swapping out death for sleep makes things a lot less creepy.

"A sleeping woman takes on the posture of death but is very much alive," Kryger writes in The Atlas. "She is conscious but not cognizant. She lies physically in reality, but her thoughts run in fantasy. Sleep delights, frightens, regenerates, and may even lead to fatigue. It can overpower like a heavy, irrepressible fog or elude us like the sweet thrills of happiness."

There are more well-known paintings depicting sleeping women than men in the annals of art history, but, as Kryger reminded me, there are also far more famed paintings of women than men in general. Some works, however, like Vincent van Gogh's "Noon: Rest from Work," show a man at rest, framing sleep as the sweet reprieve from a long day's work.

Whether a religious Renaissance artist or an eccentric surrealist, sleep is the unexpected artistic subject that few classical artists could resist. Even Andy Warhol dipped his toes into the subject matter, in truly Warholian fashion, filming his friend John Giorno sleeping for five hours and 20 minutes for a video titled "Sleep."

Everyone sleeps (some more so than others). And yet sleeping remains a singular experience that cannot be fully accessed or understood. "Sleep is a necessity and every person does it (or hopes to), but the actual experience cannot be shared," Kryger writes. "When one goes to sleep, one falls alone, and when one enters dreamland, one walks by one’s self. Here lies the appeal for artists."

Similarly, almost everyone dreams three to five times a night, as Kryger explained to me. Even animals display the rapid eye movement cycles in sleep scientists associate with dreaming. But what are these animals dreaming of? The greatest artists of all time asked the same questions, and they remain unanswered.

As Kryger puts it: "Whatever the case, we will continue to dream."

Kryger's upcoming book ﻿The Mystery of Sleep will be released in print Spring 2017.

Why Have Artists Always Found Sleep Such A Fascinating Subject?
Couples Sleeping Positions 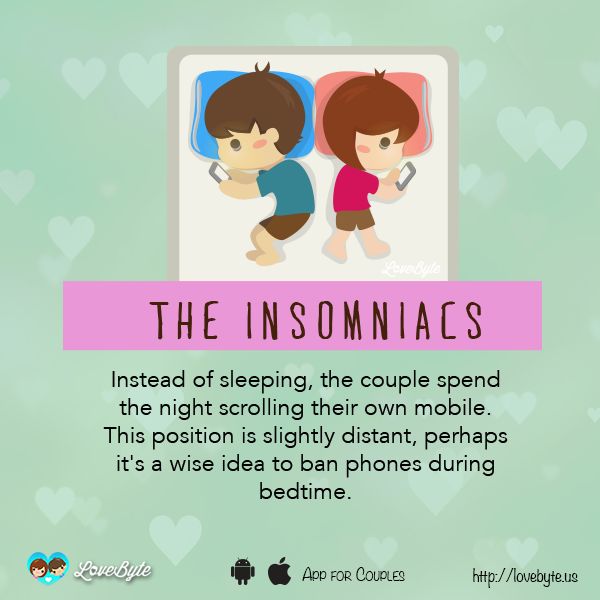