I had the opportunity to put some questions to Ross Bleckner and Gary Simmons.

Liz Markus: Gary, what drew you to the work of Melinda Hackett and Perry Burns? Are they artists you regularly interact with or did you find them because of this show? The artists Ross chose for the show "make sense" in terms of his own work, but I see the work of the artists you chose as very different from your own work. Is that correct and is it relevant at all?

Gary Simmons: I found Melinda and Perry's work to be the standouts in a very interesting group of artists that submitted work for the Artists Choose Artists exhibition. Melinda has a very interesting take on pattern and design and I was very drawn to Perry's approach to politics and memory. I wasn't really looking at common themes between my work and theirs directly, I was more or less trying to find the most compelling work from a really strong pool of artists on the east end.

LM: Ross, Both Renate Aller and Mary Ellen Bartley generate remarkable variation within fairly restricted parameters, Aller shooting the exact same scene of sky and water for ten years, and Bartley constraining herself to only photographing books. I can see a lot of similarities between your work and theirs-themes like the passage of time, memory and loss, embodied in objects going in and out of focus and attention to light and atmosphere. In the case of Bartley's work, the vertical lines that the pages create in her Standing Open series even remind me of your stripe paintings of the 80's. Is this seeming kinship with their work what attracted you to them?

Ross Bleckner: I was attracted to both of their work because of the way in which they capture place in a complementary way. First both of them are extremely accomplished with the medium, which I respect, and because of that are able to use it in a very evocative way. That sense of stillness and movement in a photo in opposite ways was very inspiring. In one, waves and landscape changing over time, and in the other pages, turning and narrative shifting are like identity...momentary, transient, present, always shifting. In both photographers I got the feeling that what they were looking at they were looking at very closely: waves and pages as an investigation of time spent and time past. In my own work I try to find the variations of an image between its conception and fragmentation: how it begins and how it ends, its place as an interior space (i.e. cells) and its exterior (i.e cosmos, flowers, stars, sky, abstraction) all states of its being are connected so that finding a way to find an image is like the image itself going from being concrete to dissolving...like water from steam to ice.

LM: The East End has been populated by artists for well over a century. The quality of light is often quoted as the reason so many painters have set up studios there and I'm sure that's true. But what I am so aware of when I come out is the much more relaxed pace, the decompression from city living, and how that creates a mental, emotional and physical expansion. Does that ring true for you? How has working out on the East End affected your work as well as the artists you've chosen for this show?

GS: I would definitely agree especially with pace and decompression from the city. I think the city has a very different kind of energy that an artist responds to and the east end is a slower more contemplative place to conceptualize a project or body of work. I think its a great balance to have if you have to opportunity to have both as a place to produce work.

RB: I think the artists that I have chosen for the show would be able to answer that question better then i can (decompression etc). I myself always feel slightly anxious: and although the Hamptons can feel like NYC transplanted sometimes, being near the ocean is calming, especially after labor day. The light might have some effect on my work, but I'm not really aware of it which is in fact what i like. It must effect me somehow but since I usually know what I want to do when I'm in my studio I'm not sure of what does and doesn't effect me....I look at my (previous) work and images mainly and try not to get to effected by what's around me, although I'm sure I am.

LM: When I came out to Southampton to cover the Parrish Art Museum's Mid Summer Gala for the Huffington Post, I spent time with local artists Matthew Satz and Michael Combs and I was struck by the high priority the Parrish sets on being inclusive and supportive of local artists even while it expands its reach and reputation as a world class museum. How do you see your role, as a very established artist vis-a-vis the lesser known artists working in the East End?

GS: I agree, i think the Parrish is really interested in bring artists together and really that's the most interesting thing about being involved with them and a show like Artists Choose Artists. At the end of the day we're all artists and we're interested in ideas and image making...that's the common denominator and the folks at the Parrish recognize that and support it. It's been really enjoyable and a honor to be a part of the process for an exhibition like this.

RB: I think it's important that the Parrish, like any public institution, maintain itself as a vital voice in the community. In order to be truly relevant it's important to always be on the look out for what young artists are thinking and doing. Let's not fool ourselves, it's very hard for young artists to get started anywhere, if they have chosen, for whatever reason, to be out in the Hamptons only, it is even harder, especially through what seems like the endless winters. Any help they can get is a blessing. They need all the encouragement they can get...I'm glad to be able to offer some when and how I can and I'm glad that the Parrish does that as well.

I just want to mention one piece I was particularly struck by, longtime surfer and artist Mike Solomon's fiberglass wave, GO, which hung from the ceiling so that it curled over the people standing nearby. It's a minimal piece but somehow I get the feeling that it would never getting old even if one lived with it for years, which is what I'd like to do.

The Parrish has also put together videos of each chosen artist in their studios and it gives a great idea of what it's like to work out on the East End. You can check out more work from the show in the slideshow below. 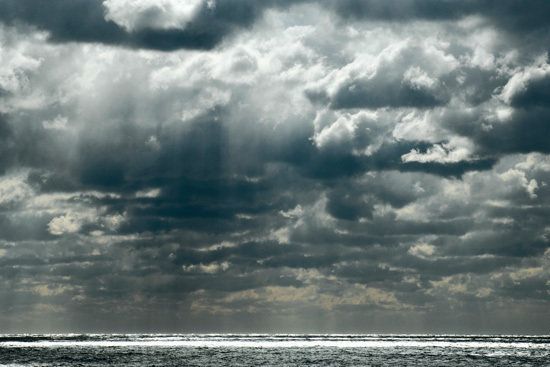