Logos are designed to be recognized immediately. Somewhere in the soft curve of the Nike swoosh, the comfort of the McDonald's golden arches, the tangible bravado of designer labels like CHANEL and D&G, we associate a word or an image with a product and a lifestyle almost instinctively.

The following artists recognize the bizarre and dangerous capabilities of this phenomenon -- that maybe it is ultimately the consumer who is being consumed.

Ranging from playful to haunting, the following images show logos taking over the world. One image depicts the Vitruvian Man adorned with Louis Vuitton's adorable print, while another shows a human head literally branded with the Nike symbol. Some are made of skulls and others cocaine; a macabre tribute to rapacious consumerism.

Though originally the logo was used to define products, these works suggest we now depend on these symbols to define ourselves. Check out our favorite examples of logos in art and let us know what you think. 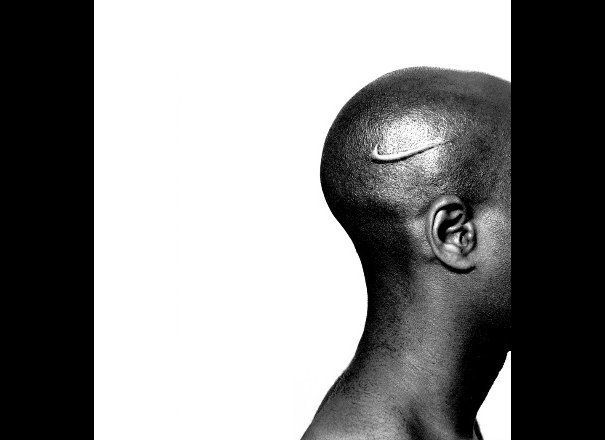