It was half past one in the morning in Havana at the Fabrica de Arte Cubano, an abandoned olive oil factory that is now a lively homage to Andy Warhol's Factory in 1960's New York. The walls are adorned with Cuban art and performance spaces are scattered throughout. On the main stage a rotating array of Cuba's most popular musicians, including Amaury Perez, Issac Delgado, Aldo Lopez-Gavilan, X Alfonso and Carlos Varela, were dazzling the audience with their virtuosity.

In the audience, grinning in a black t-shirt and sporting a gold earring, American R&B artist Usher watched intently, before climbing on to the stage unannounced, drawing cheers. He harmonized and traded moves with his Cuban colleagues before coaxing Dave Matthews from the audience to join him, and then Motown legend Smokey Robinson. The three stars jammed with the Cubans for a thrilling 20 minutes before the final trumpet solo sounded. The throng of Cubans in the audience joined a cluster of Americans in prolonged cheering before spilling out into the tropical morning. 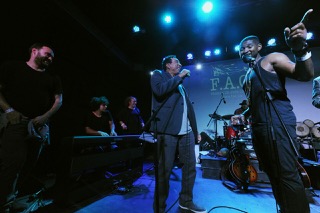 Robinson, Matthews and Usher were members of the first official U.S. cultural delegation to Cuba that arrived last week in the wake of President Obama's visit. The President's Committee on the Arts and the Humanities, of which I am Co-Chair, led the delegation that was there to expand cultural collaboration between our two countries. The Secretary of the Smithsonian and the heads of the National Endowment for the Arts and the National Endowment for the Humanities were delegates, as were playwright John Guare, actors Alfre Woodard and Kal Penn, violinist Joshua Bell, Artistic Director of the Miami Ballet, Lourdes Lopez, singer John Lloyd Young, soprano Larisa Martinez, and choreographer Martha Clarke.

We visited Cuban artists and held meetings with officials of the Ministry of Culture. The meetings with the artists generated that shock of recognition that occurs when creative people from different worlds come together. There were strong feelings of collegiality and common purpose. Fifty-seven years of enforced separation were soon transformed into something akin to John Guare's Six Degrees of Separation. The Cuban filmmakers knew our films, the playwrights quoted from our plays, and the dancers were steeped in American traditions that complimented their own. The music, dance, and painting we saw were marvelous and radiated a distinct Cuban spirit.

One is struck by the threadbare nature of Cuba's capital city. The long avenues with handsome structures are rundown and drab, in need of repair and restoration, and brightened only by the Easter egg hues of the 1950's American cars on the streets. Cuban citizens earn an average of $24 a month, and even though education and health care are free, their hopes for the future are limited by a static economy.

Yet Cuba incorporates the arts in the educational life of children, and in a country where material pleasures are scarce, personal expression energizes its people. Our visit enabled Alfre Woodard, Usher, and John Lloyd Young, who are mentors in the President's Committee's Turnaround Arts program, to visit classrooms and work with students. Joshua Bell, America's most celebrated contemporary violinist, played Vivaldi's "Four Seasons" with the Chamber Orchestra of Havana, a string ensemble of young women whose playing was marked by outstanding musicianship and a unique joie de vivre. 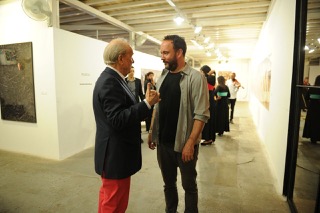 Leaders of our delegation met with officials of the Cuban Cultural Ministry. Our task was to overcome decades of stasis and develop projects that will enable us to work together. At the closing ceremony at Havana's Gran Teatro, David Skorton, the Secretary of the Smithsonian, issued a joint statement with the Cuban National Council of Cultural Heritage describing plans to produce a Smithsonian Folklife Festival celebrating Cuban culture on the National Mall in 2017. Jane Chu reached agreement with the Cubans for cultural exchanges between U.S. and Cuban artists to be sponsored by the National Endowment for the Arts, and William Adams of the Humanities Endowment described plans for a visit of American art conservation students and professors to address preservation of Cuban photograph collections. And President's Committee Co-chair Margo Lion announced film screenings from the Sundance Film Forward program that will be offered this summer through the Havana Film Festival.

After decades of hostility and separation, these were days of hope. The members of the cultural ministry see the value in these exchanges, despite the significant differences in our societies that were highlighted by the fact that the Seventh Communist Party Congress was meeting while we were in Havana. The Cuban economy is in dire need of repair and the U.S. embargo leaves little prospect of early improvement. President Obama said in Cuba that he believes the embargo should end, but only Congress can do that.

Artists are optimists by nature and this proved true on both sides of the equation. The Cubans see light and take hope from meeting colleagues from abroad. At the closing ceremony at the Gran Teatro, I said from the stage that our delegation wished to express our thanks to our Cuban friends, and the entire American delegation stood and applauded our hosts across the aisle. They in turn stood and applauded us. We left Havana confident that this opening to Cuba was just a first step toward vibrant artistic exchanges far into the future.

George Stevens, Jr. is a filmmaker, author and playwright. He is Co-Chairman of The President's Committee on the Arts and the Humanities.