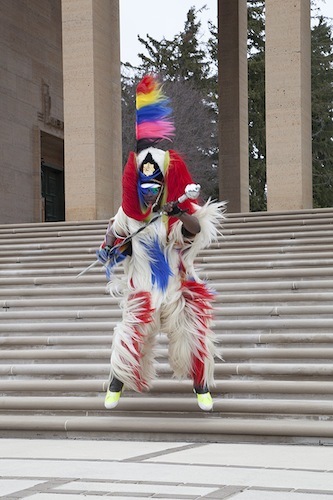 Now that winter is over, people can begin to look to the summer ahead, which promises to be rich with art world happenings around the world. Here's some of the news that is exciting us the most.

1. The MET Launches "The Artist Project":

The web series features 20 videos of artists, both established and emerging, discussing works in the museum's permanent collection that spark their imaginations. Episodes include ARTPHAIRE visionaries Mickalene Thomas discussing Seydou Keïta, the Malian photographer and Kehinde Wiley on John Singer Sargent. Other artists chosen for the first season include Xu Bing, Lisa Yuskavage, Nina Katchadourian, Tom Sachs, George Condo and Cory Arcangel. In total, 100 artists have been asked to participate for five different seasons. The next four seasons of the series will be released on June 22, September 14, December 7, and February 29, 2016.

2. Saitama Will Hold A Contemporary Art Triennial in 2016:

Located in the Greater Tokyo Area, Saitama has a population of over 1.26 million people. Entitled "Envisioning the Future," the triennial will be held from September 24 through December 11, 2016. Signaling a resurgence of interest in contemporary art in Japan, the director chosen for the exhibition is Takashi Serizawa, who founded the contemporary art institution P3 art and environment in 1989, and curated the 2005 Yokohama Triennial. Hayato Shimizu, the mayor of Saitama, hopes that it will become a "festival based on the imagination of Saitama's citizens."

Best know for his soundsuits, which are sculptural costumes that conceal race, gender and class, Nick Cave received his MFA from the Cranbrook Academy of Art. The Cranbrook Art Museum will serve as the home base for his exhibition, "Here Hear," which will take place in Detroit in the summer of 2015. The happenings around the exhibition will include a number of performance collaborations with local dance troupes and musicians. Cave will also work with Detroit School of Arts to re-stage his performance Heard, which was first staged in Grand Central Station in New York in 2013. Consisting of a "herd" of 30 colorful -- and shaggy -- life-sized horses, the horses traversed through the station twice a day, accompanied by live music. Cave's take-over of Detroit will last for a total of seven months starting this April.

A study released by The Art Newspaper found that in 2014, exhibitions featuring the work of 86-year-old Yayoi Kusama received the largest audiences throughout the world, with "Infinite Obsession," a retrospective, attracting over 2 million people in Central and South America alone. A second Kusama retrospective is currently traveling through Asia -- originating in South Korea, it is now on view in Taiwan, and will next travel to New Delhi. Taiwan is itself a surprising hot spot for the art lovers. In 2014, the National Palace Museum in Taipei hosted the top three best-attended exhibitions in the world -- they included a survey of "Great Masters of the Ming Dynasty," as well as a new media art exhibition. The study also showed that the Museum of Modern Art presented eight out of the top ten shows in New York City.

Presented annually to a living artist who has made significant contributions in the field of sculpture, the award will come with a $100,000 honorarium. The inaugural winner, picked by a jury that includes Lynne Cooke, the senior curator at the National Gallery of Art in Washington, D.C., Okwui Enwezor, the curator and critic, and Nicholas Serota, the director of the Tate, will be announced in the fall of 2015. The winner will receive the award on April 2, 2016, in Dallas. To further heighten awareness, a number of public programs and educational initiatives are being tied to the prize.

6. The Fondazione Prada Will Open in Milan on May 9:

One of many exciting events happening in Milan this spring, the new Rem Koolhaas-designed building boasts 120,000-square-feet, as well as a café designed by the director Wes Anderson. Established in 1993 as a platform to stage contemporary art, architecture, cinema and philosophy projects, the Fondazione also has a location in an 18th-century palace in Venice that opened in 2011. The inaugural exhibition in Milan is "Serial Classic," which will run from May 9 to August 24, 2016. Rather than focusing on the contemporary, it will examine the way classical art was widely copied during the Renaissance and neoclassicism movements.

Other events in Milan this spring include the Expo Milan, which will open on May 4, and the Milan Furniture Fair, which is open through April 19th. 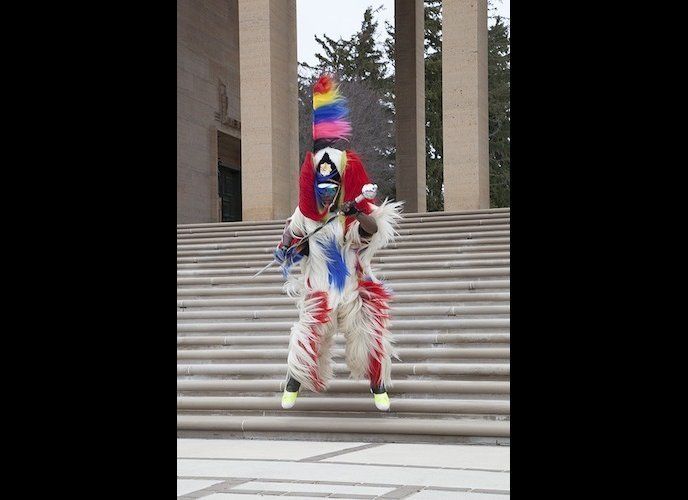