Over the last three years, the National Science Foundation (NSF) funded the Art of Science Learning to hold a number of conferences to better understand the links between art and science.

Since they are the federal agency responsible for administrating STEM programs ( for Science, Technology, Engineering and Math), they learned more about the possible role of the arts, and decided to explore art-based learning of STEM. Indeed, they saw this as a likely new model for education. Specifically, they stated:

An "innovation incubator" modeled on business "incubators" designed with the help of "learning methodologies such as innovative methods to generate creative ideas, ideas for transforming one STEM idea to others, drawing on visual and graphical ideas, improvisation, narrative writing and the process of using innovative visual displays of information for creating visual roadmaps." 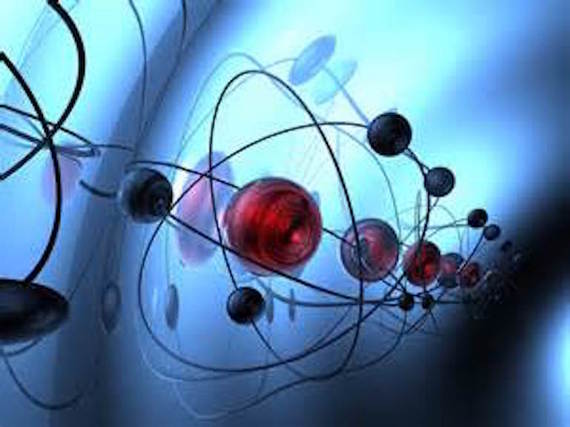 Now, after holding 60 workshops and putting those findings to work in 65 high school from Worcester, and 69 early career STEM professionals from San Diego, the results confirm what so many education experts believed: STEAM or in this case, Art Based Learning of STEM works and works beyond expectation.

In a report released recently, Harvey Seifter, head of the NSF funded project and founder of the Art of Science Learning firm, who has been spearheading the experiment, says that "We found a strong causal relationship between arts-based learning and improved creativity skills and innovation outcomes in adolescents, and between arts-based learning and increased collaborative behavior in adults." Specifically :

•The high school students who had arts-based learning showed large and statistically significant pre/post improvements in such creative thinking skills as idea range (13%), problem analysis (50%) and number of solutions generated (37%). In many cases, students who had traditional STEM learning actually declined in these aspects of creative thinking -- so the overall differentials between arts-based and traditional learning was even more dramatic (idea range = 22%, problem analysis = 121%, solutions generated = 43%). Thus, it appears as though arts-based learning may be an effective way to "inoculate" learners against the collapse of creativity that may sometimes accompany traditional forms of high school learning.

• Arts-based learning had a far more powerful impact on the collaborative behaviors of adults than traditional learning, based on actual observed behaviors. Examples from the final week of the study: arts-based teams exhibited 56% more instances of empathetic listening, 33% more instances of mutual respect being shown, 119% more instances of trust being demonstrated and 24% more sharing of leadership. All differences cited here are statistically significant.

•The innovation outputs of high school student teams who had arts-based learning showed 111% greater insight into the challenge, a 74% greater ability to clearly identify a relevant problem, a 43% improvement in problem solving, and their innovations had 68% more impact. All are statistically significant.

•120 days after the study, high school students who had arts-based learning were 24% more likely to have been able to apply the learning to school, extracurricular, work or volunteer activities, than students who had traditional learning. They were also 44% more optimistic in their belief that the training would prove helpful in those realms in the future.

At this point, the debate in America about art and science is coming to a conclusion : the disciplines very much need each other.

Explaining the Universe: Why Arts Education and Science Education Need Each Other, author, scientist, and educator, Alan Friedman, said almost 10 years ago "I am a science educator who finds this story (of the Universe) deeply fascinating and profound." But most children do not know this story. 'The solution is not just finding more good science teachers and developing good science curricula, but also encouraging more and better arts education."

The National Science Teachers Association (NSTA), was even more adamant when they issued a paper in 2010 called "Reaching Students Through the Arts," emphasizing how "Teachers of science, technology, engineering, and mathematics (STEM) are discovering that by adding an "A" -- the arts -- to STEM, learning will pick up STEAM."

Whether we call it STEM or STEAM is not that important really. What is important--crucially important-- is that the arts and art integration greatly enhance the learning process and give people the "new thinking skills" they need for the creative economy.