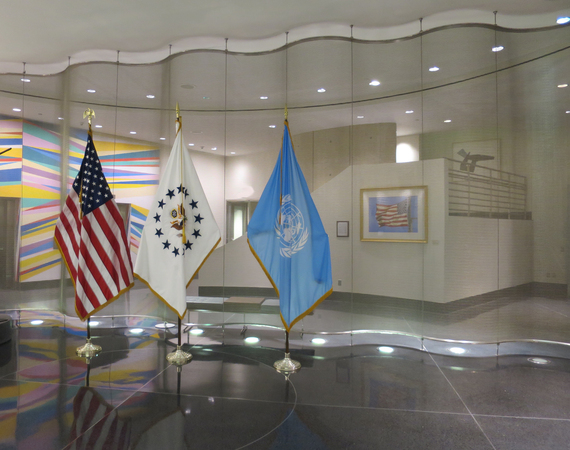 Gallantly Streaming on exhibit at the U.S. Mission to the U.N., Lobby

Sometimes, it's good to have a large footprint.

At the opening of the new Whitney Museum in New York City I had a conversation with a well known New York art critic. He gave me advice on using instagram (still badly needed) and told me to talk about my children (which I have for the most part avoided). I've thought of that conversation a lot lately -- unknown to him my daughter was on her way to volunteer in Asia for a year and recently was able to attend an event at the U.S. Consulate in Hong Kong where my painting is on exhibit.

I have been working with the Art in Embassies Program of the U. S. State Department for the past 15 years. My artwork has been lent to Ambassadors and Embassies around the world, beginning in Prague, and moving out from there to Paris, Oslo, Madrid and literally spanning the globe. Some Ambassadors have brought my paintings from their private collections with them to their post. Three of my paintings are currently on exhibit at the U.S. Mission to the United Nations -- my painting Gallantly Streaming, from my 911 series of work is on view in the lobby. Prior to this they were requested for exhibit at the United Nations Security Council.

As mentioned above, my paintings Parade Route is currently on exhibit at the U.S. Consulate Residence in Hong Kong. I had spent time in Asia as the recipient of a grant from the Henry Luce Foundation (the grant's purpose is to enhance the understanding of Asia among potential leaders in American society). During that time, I painted in Hong Kong and exhibited in Asia so having one of my artwork currently on exhibit in Hong Kong is particularly meaningful to me.

My daughter, a recent graduate of Williams College, has taken it upon herself to see the world while doing what she can to improve those places where she sets down. She began with an NGO school in Siem Reap, Cambodia, the school folded after her first month, but she and her fellow volunteers from around the world worked together to start a new one, which is still running. Once this was up and running, she moved to the hills outside of Chiang Mai, Thailand to work with an anti-trafficking organization -- Daughters Rising. With the mission of educating and empowering girls as a way to equip them against traffickers, she worked with a team of volunteers and staff to teach, train, and transition the girls from a life of limited options to one of economic independence. She continued her anti-trafficking work further north with another organization.

She asked if she could take some of my art supplies to teach the women watercolors. I gave her my travel painting blocks as well as some of my worn and well loved sable brushes knowing that they would be put to good use. Who knows what they might unlock -- as a member of the National Council on the Arts, the advisory Board to the National Endowment for the Arts -- I get to see first hand the power of the arts to transform lives.

I don't think the art critic would have expected such a response but I often think of that conversation reflecting on what has transpired in the past couple months. In our own ways, we both have a global footprint. Hers perhaps hands on and mine in a more subtle way. 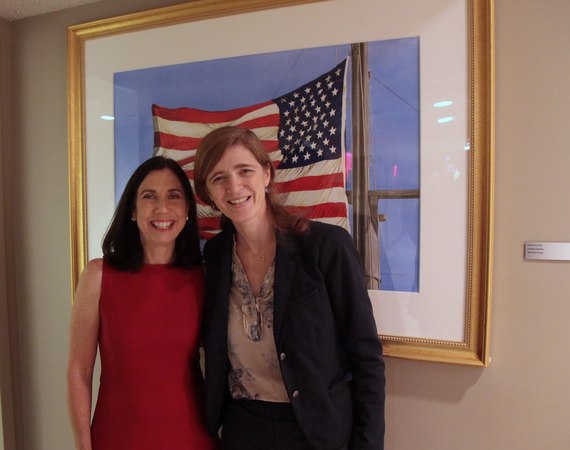