When Art.sy first launched, the site with the creative domain name received a "Rookie Disruptor Award" from TechCrunch for its admirable aim to make art more accessible. At the time, however, many weren't aware ".sy" was a suffix for the Syrian Arab Republic. Recently, the domain choice became a serious problem for the company as the Syrian conflict continues to escalate. Art.sy temporarily went offline early this month and today was revived as Artsy.net. 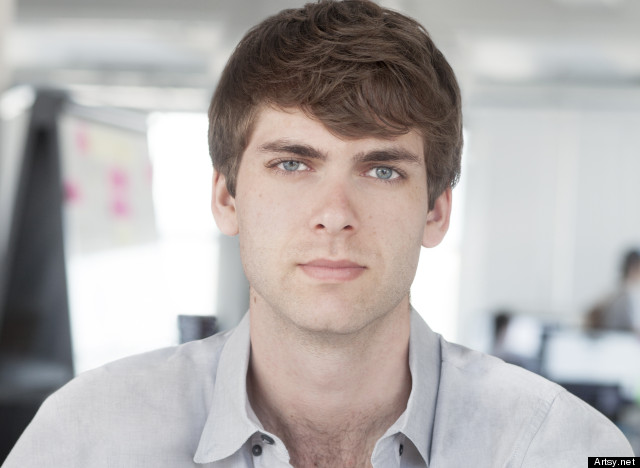 Art.sy does for art what Pandora does for music, creating links between works based on style, era, movement and theme to help users curate their own personal online viewing spaces. Sebastian Cwilich, president of Art.sy, told HuffPost Arts in an earlier interview: "The way the great museums of the world create revelatory experiences around art, the same kind of resources should be available in the digital space. We've combined engineers and art historians to create this reverential space around art online."

So how did this booming website get entangled in the Syrian conflict? According to Slate, in 2009, Art.sy founder Carter Cleveland bought the domain from the Syrian Telecommunications Establishment (STE), a branch of the government under President Bashar al-Assad’s regime. At the time, the 25-year-old entrepreneur could not resist the catchy, social-media-friendly url, even if it meant jumping plenty of hurdles to secure the name, including reportedly giving a Syrian law firm power of attorney to represent him in the country.

Although Art.sy was engaged in a financial exchange with a dictatorship, in 2009 it was not yet against the law. Sanctions preventing such a transaction did not come into play until August 2011, following the Arab Spring uprisings, when the US prohibited its citizens from investing in Syria. Art.sy told Slate: "We have made no payment for our domain name rights since before the relevant sanction's effective date."

Since the name was secured, however, conflict in Syria has escalated to frightening heights; as of yesterday, the death toll totaled 60,000, according to the UN Human Rights office. The country's unrest has also led to several Internet blackouts throughout the year, a dangerous side affect for a rapidly growing brand.

Art.sy, which will now go by the name Artsy, announced the permanent change today. "The move comes following an outage with our art.sy domain," a spokesperson announced in a statement, "which was down for a period of 36 hours this week due to an issue with DNS servers in Syria. In order to avoid future potential outages, Artsy will remain permanently at http://artsy.net." The statement adds that Artsy did not want to project an image "that could be construed in any way as supporting the Syrian government."

What do you think about Art.sy's choice to ditch the controversial domain name? Let us know your thoughts in the comments below.

In the meantime, explore Art.sy's stunning selection of works from Design Miami below:

Correction: An earlier image of Carter Cleveland was listed as Sebastian Cwilich. We regret the error.