When was the last time you saw a film by a Caribbean filmmaker? Exactly. While blockbuster films like the Pirates of the Caribbean franchise use the islands' stunning scenery as the backdrop for adventure, actual filmmakers from the Caribbean struggle mightily to get their stories seen, even in their own island nations. 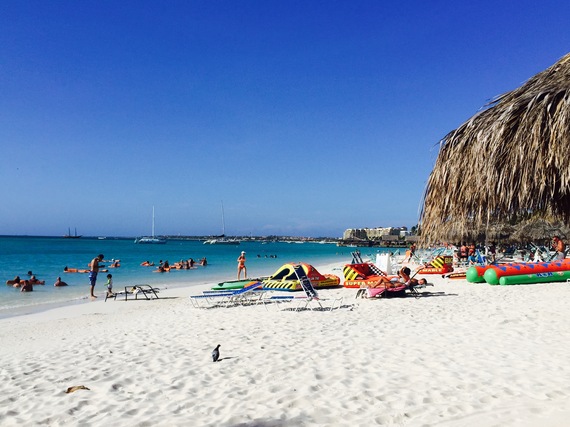 Oscar-nominated actress Virginia Madsen (Sideways) was in attendance and serves as what she calls "the unofficial ambassador" of the fest. She hopes to drum up support for the films among locals and tourists from South America, Europe and the U.S. She told me that while no one really has to twist her arm to come to an island as beautiful as Aruba, she really loves coming each year to see films from local talent, which she would otherwise miss back in the U.S.

"Especially the short films," Madsen tells me. "I just love seeing the filmmakers see their names up on the screen. They get so excited." 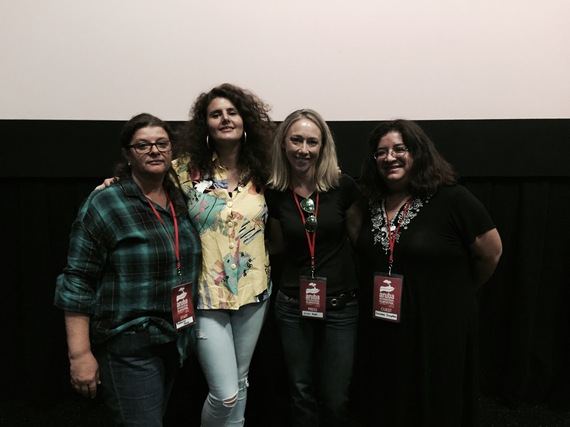 Originally from Aruba, now living in the Netherlands, Raphaela told me that it was a difficult decision to insert herself into the narrative, which made the film all the more personal and compelling. However, she found that after portraying her family in such a raw and honest light, many viewers of the film approached her with similar stories.

Another charming film at the fest was "Viaje," the tale of a new couple discovering each other during an impromptu trip to a Costa Rican forest. I bumped into the film's lead actor, Fernando Bolaños, over tropical cocktails on a pier overlooking a Caribbean sunset. Just a short time later, I was able to see an entirely different person on screen doing some really wonderful work.

It highlights one of the amazing things about the fest, and that is just how easy it is for attendees to mingle with the filmmakers and talent. It's an excellent way to familiarize yourself with Caribbean cinema -- and enjoy some tropical sunsets (and cocktails) in the process.