I had relatives who died in the concentration camps of WWII Germany.

And as a younger Jewish man I moved to Munich, Germany. I met a musician who's grandfather was in the the Nazi elite guard- The S.S. Here we were, two human beings who only 40 years earlier would have been sworn enemies to the death. This musician let me join his band, move into his apt for free, he fed me and literally gave me the shirt off his back. I must admit that at one point we even had a one armed drummer (think Def Leppard) named Adolph in the group, and this did freak out my mother a bit. We kept him simply because he kept good time.

When I moved to London, my friend came to live with me, record, make a new life, have a hit, fall in and out of love, and he became a father.

I feel by coming together; that we served the healing of the world.

I love all people- Christian, Muslim, Buddhist, Jew, Atheist until I have a direct first hand experience informing me other wise. No left or right leaning media outlet form my facts, only life itself. After the recent devastating tragedy in Orlando gay bar I have had a few people tell me I should be wary of ALL Muslims. I'm sorry but I can't lump a billion Islamic people into a category. Muhammed Ali who we all agree symbolizes the best best of what the human spirit represents- was a follower of the Muslim Brother hood. Not many haters on Ali, are there?

Update 2016- my German musician friend ironically is based in Israel now. Only when the lion in our own hearts, lies down with the lamb within our minds- will there ever be Peace. Let it start today with you, and with me right now, would you be so kind to join me? 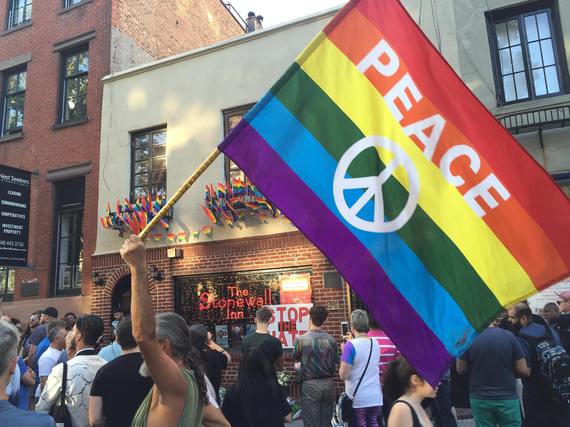