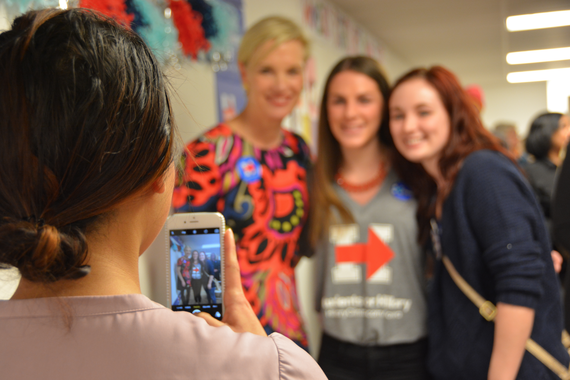 This will be the first election I am eligible to vote in and this is the first time I have sat down to think about the issues I have with the direction of the government and other associated items. While there are plenty of different issues, here are the ones that stuck out to me as a millennial voter. But now as a concerned American, is the government paying attention to my issues? To my vote?

Governmental Bodies could Be Doing More Harm than Good
The Millennial Generation is struggling with the government entity for many reasons. If those employed between the ages of 18 and 33 are paying social security, are they going to see the money again? There are broken parts of the government, but those non-functioning parts once had a use. So now it is about reviving old working parts and pieces or time to find new parts for the broken ones? It has been said that millennials know they will not be able to draw social security but they would not want to take away from the older generations who are able to draw from social security. Possibly millennials are not expecting another form of protective savings. The newest voting generation does not expect much from the government monetarily and plans to find its way, along the way. In a book titled The Selfie Vote the author, Kristen Soltis Anderson, discusses the fact that millennials are planning for self-acquired retirement, long-term savings like a 401K and other savings accounts. In that situation, millennials are going to have to wait longer to buy a house, to get married, to start a family or to be able to live comfortably. All of these variables were discussed by Anderson and demonstrates that the generation is comfortable with those outcomes.

Second Amendment
The Founding Fathers gave Americans the right to bare arms in the Second Amendment of the Bill of Rights in 1789, after signing the Declaration of Independence in 1776 before the conclusion of the American Revolution, where the then colonies were able to gain independence from its 'Mother County', England. Then to establish a government, the Founding Fathers went a step further to create the Constitution, after a failed attempt with the Articles of Confederation. The Constitution as well as other documents by the Founding Fathers, were meant to be 'living', to be amended and to change with the ebbs and flows of politics. Judicial review was even around then, in Marbury v. Madison in 1803 Justice John Marshall created the idea of judicial review.

So, if the courts are keen on the constitutionality of issues and the interpretation of the document, why haven't we just decided to regulate it?
Situations from San Bernadino, college campus shootings, Planned Parenthood attacks, high school campus shootings and other tragic events have taken place because of the lack of agreement on the way to handle gun control. Texas now allows open-carry, after passing legislation which went into affect January 1, 2016. College students are able to carry out in the open, Texans can walk into businesses with a gun, and with those possibilities, there is anything that can happen. Millennials are not asking you to "take our guns away", we are asking for safety. We are asking to see politicians understand, that yes a gun can save your life, but it can also hurt you, too.
There are dissenting opinions in the millennial group:
But there are some millennials, born between 1981-1996 according to Pew Research, that shows the generation is for no regulation, which is similar to the older folks in Generation X. So what does that mean for the future of guns? Hopefully, gun reform is a happy medium.
For gun reform, but why not ask the soon-to-be president-elect to ban guns in this country?
Well, banning guns is a little extreme, since we have already been given the right to 'bare arms' in the Second Amendment: I don't see the government repealing part of the Bill of Rights. Although interpretation of the documents are debated, whether to be strictly taken or to be taken as it pertains to the current day: one thing is for sure, Americans are allowed to carry guns. It comes down to finding the right candidate who understands the importance of gun safety and gun education. As for the incidents which happen relating to guns put in the wrong hands, those situations, at times, cannot be stopped. It is about educating those with guns and even those without them, to understand the importance of safety, no matter your role with the gun in question.
Going back to real estate mogul, Donald Trump's tweet after the Paris Terror Attacks, he questions how the country with the strictest gun laws can have such a tragedy. Well, strip Americans of their guns and it is possible a future president-elect can leave people defenseless. It is about finding the balanced middle, between gun activists and those supporting gun bans.
So did you know a felon can go to the gun range, even if he/she cannot own a gun?
Although felonies are on a case-by-case basis. There are different types of crimes and even wrongfully-accused felons, or even felons who are not "bad people". Reform is the best way to solve these problems. Guns in the hands of the wrong people is hard enough to control, let alone those with a record, especially those with a record related to gun violence.
College Tuition
I do not know of a single college student who is not interested in Vermont Senator Bernie Saunder's pitch for 'free college'. The word 'free' is attractive to everyone. The words 'free college' are attractive to millions of Americans in student loan debt, students looking to go to college but unsure how to pay or for those who never dreamed college was an option. It is a way to make education universal (or at least that's the idea). While there are Republican presidential hopefuls who would like to cut the Department of Education, college tuition and education is important to the incoming voting generations. Cutting the Department of Education would mean an increase in the prices of university's and it is already a steep price tag for public institutions across the country. While cutting it seems outlandish, it has been a topic of discussion since President Ronal Reagan took office in the 1980s and has been a topic that has been voiced from President George H.W. Bush, President Bill Clinton, President George W. Bush and President Barack Obama, but no one seems to be able to pull the trigger. If a Republican takes office, it could be on his/her docket to eliminate, but if a Democrat takes office, it can be safe to say, possibility without concrete certainty, that the Department of Education would stick around. If a socialist approach to college funding is impossible, or hard to implement, it can be a goal of the next president-elect to find a way to make tuition more affordable.
The major downside to accumulating student loans during college and attempting to pay them afterward, there will be a sizable amount of addition interest added when students are prepared to start paying it off. For students who are not able to pay back student loans, the bad news is that students loans never dissipate, even in bankruptcy. If an individual declares bankruptcy but has student loans, the loans will always be waiting to be paid for. The less debt, the better. Now it is about showing presidential candidates, who are, on average, about 55 years of age. That's 33 years after the average college graduation age of 22. So in those 33 years, a lot can change. The cost of college tuition can be raised every single year, and now it is upon our generation to bring this issue to the forefront. By the time we are 55, it can be assumed college will be less and less accessible.

While these are not all the issues, or even near the issues millennials are talking about, these are some of the ones which are discussed the most. These were chosen on my own, and the opinions are my own. What issues are you looking for answers from a presidential candidate?