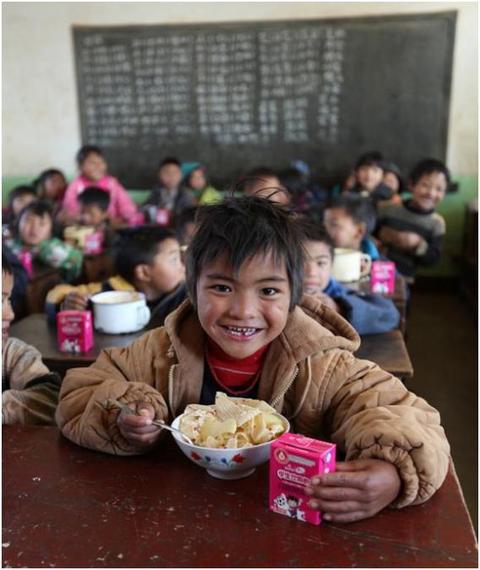 From school children sipping cartons of milk in Sao Paulo to a Delhi teen downing a bowl of corn flakes for breakfast to the toddler getting her first taste of ice cream in China, World Milk Day June 1 was a far more global celebration than it was when the United Nations' Food and Agriculture Organization (FAO) launched it in 2001. In the intervening 13 years, a rising middle class in much of the developing world has been quickly acquiring a taste for this wholesome 'superfood,' as shown by "Milk Availability," a 2012 report from the Food and Agriculture Organization of the United Nations. And this new demand is creating tremendous opportunities for dairy exporting, leading to record shipments from the United States that have revived flagging sales from a negative trend in the American milk market.

This has been a nice boost for the American dairy market, where U.S. Department of Agriculture (USDA) stats show per capita milk consumption has declined 30 percent since 1975, even as sales of yogurt, cheese and other dairy products have risen, notes the Wall Street Journal. But in an effort to get business from these developing markets, it would be a mistake for U.S. milk producers to neglect their 'home front,' where there is a desperate need for them to create innovative products to renew consumer interest in milk.

This is obvious thanks to the 20/20 vision of hindsight. As production advances in Brazil, India and other countries over the past decade have shown us, Chinese dairies will eventually catch up with demand. And if the past is a prologue, domestic producers in developing countries may enjoy protections that cause export opportunities to dry up.

Of course, struggling to turn around the long and steady slide in U.S. milk consumption is not as attractive or remunerative as pursuing climbing growth abroad. But ultimately, it will be innovative new products rather than exports to quickly developing markets that hold the most promise for reviving the American dairy industry.

Export Opportunities Abound
For those countries with capacity, exporting milk is a tempting opportunity-and one that is growing for now. Milk consumption is up and rapidly rising in many international markets, including India, Brazil, Mexico and Central America. But at present, China has been the object of laser-like focus for many companies in high-milk-producing countries thanks to its sheer size and rapacious capacity for dairy imports.

Though milk has not traditionally played a significant role in Chinese cuisine or culture, that is changing quickly as 'Western' diets become more fashionable and more families achieve a middle class status that allows them to afford milk, meat and other nutrition-rich foods that have been previously out of reach. Chinese domestic dairy consumption and production have increased in recent decades, growing at an average 12.8 percent annual pace since 2000, according to the Institute for Agricultural Trade Policy (IATP).

Record Demand Spurs Record Profits
On the strength of that demand, U.S. dairy processors are charging record prices for their dairy products at home and abroad, as noted in March by Bloomberg News, and realizing corresponding record profits. From January through April 2014, U.S. dairy exports to China were up by 84 percent over the previous year according to the U.S. Dairy Export Council.

And for now, there is no end in sight. Chinese milk demand is set to grow 38 percent by 2038, according to IATP, with domestic production simply not able to keep pace. This will widen the gap with consumption and create even more room for imported milk from New Zealand, Europe and, increasingly, the U.S.

Yet as U.S. producers pursue milk export opportunities, they should treat those markets with caution and use the profit boost as fuel for innovation here at home. Reasons for restraint abound, ranging from the competition it creates with other export countries to the measures import countries may impose to protect local dairies. For example, there is currently no free trade agreement between the U.S. and China, trade is subject to the ever-present threat of market disruptions due to protectionist maneuvering. Just last month, the New York Times reported on new restrictions for the import of milk powder and infant formula that it termed 'the latest attempt by the government to reduce the enormous demand for foreign-made dairy products and bolster the sales of domestic brands.'

U.S. Milk Consumption in Troubling Decline
For American milk producers who want to pursue the Chinese market, this means a balanced approach is important. They must stay mindful of the need to innovate and re-invigorate what has become a stagnant market here at home--even while much of the world is developing a taste for milk and enjoying the wholesome nutritional benefits it provides.

Compounding the situation, the U.S. market's decades-long decline becomes even more troubling when you consider that each successive generation has consumed less milk than its predecessors. The USDA describes as a "cohort effect" in 'Why are Americans Consuming Less Fluid Milk? A Look at Generational Differences in Intake Frequency.' In short, milk-drinking habits are formed (or not formed) in childhood, and these consumption patterns are passed down to the next generation.

And this cycle has been on a downward trajectory for over three decades. Between surveys taken during 1977-78 and 2007-2008, the share of pre-adolescents who didn't drink milk on a given day rose from 41 percent to 54 percent, while the share that drank milk three more times per day dropped from 21 percent to 18 percent, the report said. Instead of milk, these young people are consuming sports drinks, sodas, flavored water and other beverages. Breakfast, the occasion where more than half of all milk is now consumed in the U.S., is increasingly being skipped or taken on the road in fast food establishments and coffee shops.

Well beyond the bottom lines of milk producers, it should concern us all that American children are being nutritionally shortchanged by these developments. There is a reason the USDA's dietary guidelines recommend Americans older than eight consume three single cup-equivalents of milk daily: It supplies bodies, brains and bones with protein, vitamins D, A and B12, calcium, potassium, phosphorus, riboflavin, niacin, zinc and magnesium. As the first food we consume, at the bottle or the breast, it is uniquely nutritionally dense. And given its bounty of essential nutrients, it is uniquely suited for lifelong sustenance.

Innovation Is Key to Milk's Rebound
We've seen some progress in the last two years as the dairy industry has increased options for "grab-and-go," fortified and flavored milks, and linked milk to calcium and bone health, as well as dairy protein with muscle building--both big trending issues right now for Millennials and Boomers. But with so many other distracting and novel options available to them, it's going to take massive innovation on the part of the dairy industry to attract the attention of childbearing Millennials in particular. Now 78 million strong and the largest generation to ever exist in the U.S, it is critical to attract Millennials to drink milk themselves, and give it to their children.

From formulation to graphics, packaging and marketing, the dairy industry has to get creative to quell the cohort effect or risk losing the influential 'Generation Z' and all the generations to follow.

For inspiration, dairy processors can consider the many innovations found in countries where milk consumption is on the rise. China, for example, is the world's largest consumer of flavored milks, most of which are packaged in Tetra Pak's aseptic single-serve cartons for on-the-go ease. Beyond vanilla, chocolate and strawberry milks common to the U.S. market, where they are surging in popularity as recovery drinks with the school lunch crowd, more exotic flavors on offer in China include mango, paw paw, lychee and pineapple.

In Mexico, Kellogg's addressed the need to take breakfast on the go with 'cereal milks,' which have the same nutrition and flavor as what you'd get with a bowl and a spoon if you weren't rushing out the door to get to school or work.

Every day, our increasingly independent children and adolescents are faced with coolers full of beverage and energy drink options, and they must have innovative and attractive milk alternatives that make it easier to make the nutritionally smart choice.