Last week, a new study by the National Audubon Society found that if global warming continues on its current trajectory, 314 U.S. and Canadian bird species -- more than half of the 588 species studied -- could lose 50 percent or more of their current territories by 2080. Many could lose so much ground that they will face extinction.

As global temperatures rise, as weather patterns shift, as vital bird habitats dwindle and disappear, familiar and beloved species will leave for more suitable locales or die out completely.

According to our data, the Common Loon will likely abandon Minnesota, where it is the state bird. The Bobolink, a grassland bird, will find itself marooned in the boreal forest zone of Canada. Will it find the right kind of food and shelter; will it learn to cope with new predators? We've injected major new variables and uncertainty into an elegantly balanced web of life. 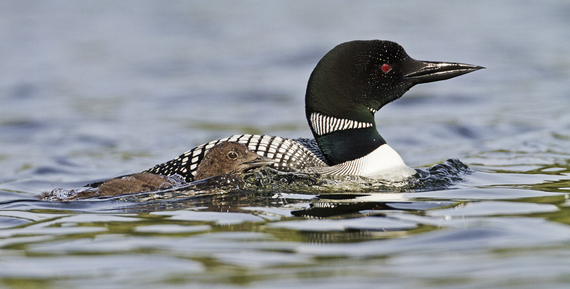 Some birds are projected to lose virtually all of the places where the climate is suitable for their summer nesting seasons -- and by inference face extinction -- a fate shared by the Baird's Sparrow and the Chestnut-collared Longspur, the Brown-headed Nuthatch, and the Trumpeter Swan. 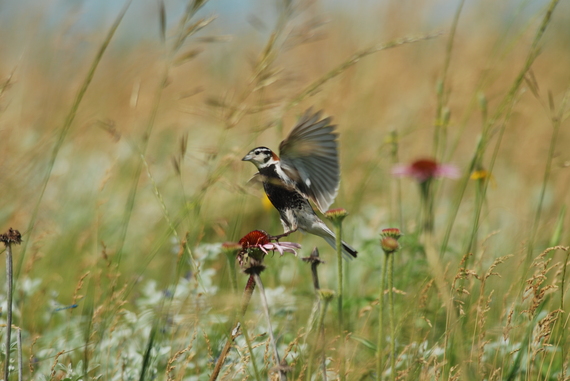 This litany of ills is alarming -- and not just for bird lovers. The things birds need -- clean water, clean air, predictable natural systems -- are the same things our kids expect us to leave for them.

Audubon ornithologists analyzed 30 years of North American climate data and tens of thousands of historical bird observations from the Audubon Christmas Bird Count and U.S. Geological Survey's North American Breeding Bird Survey to understand the links between where birds live and the climatic conditions that support them.

Understanding those links allows scientists to project where birds are likely to be able to survive -- and not survive -- in the future. The message is clear: We have to preserve and protect the places birds live, and we have to work together to reduce the severity of global warming.

Here's how we can do it:

One of the most challenging aspects to embracing the reality of climate change is that, for the most part, it's invisible. You can hear chainsaws level a forest. You can watch backhoes fill in marshlands and see a subdivision rise. And there are years where winters are cold enough to make us take our eyes off the trend line, which is all about warming. It's difficult to see the effects of a process that unfolds over the course of decades.

Similarly, it's tough to perceive the subtle shifting of rainfall patterns, of earlier flowerings that outpace the migrations of hummingbirds, of the slow degradation of marine estuaries due to the inexorable rise of the oceans. But all of those things are happening now, and we can see them if we open our eyes. Ask a grandparent about the birds that used to live near you or whether robins used to stick around all winter.

I want to be able to tell my kids (and my new grandson) that I did everything I could to save their future and the future of birds. Nearly 47 million Americans say they enjoy watching birds, and today those birds we love need our help. To a bird, you're what hope looks like.

To find out more about Audubon's study and how you can help birds, visit here. This column is adapted from David Yarnold's letter in the September-October issue of Audubon magazine.