By Jon Marcus, The Hechinger Report

WATERVILLE, Maine — Megan Ruby may have only just finished her first year at Thomas College, majoring in business management, but she’s further along toward a career than many seniors who are graduating this spring from other campuses.

Ruby has already repeatedly met with career counselors, learned how to polish her resume, and used some of her newly acquired professional development skills when she interviewed in person for a summer job at a bank.

Surprisingly tenacious for a freshman about what she plans to do for a living — run her own company selling fitness products — Ruby has another reason for spending so much time at the career center: She agreed to, in a contract, in exchange for which Thomas guarantees she’ll get a job in her field or it will pay her federal loans or give her graduate classes, free, until she does.

“They have you thinking about it as soon as you step on campus,” Ruby said of the emphasis here on career services, which begins during freshman orientation and resulted last year in just under 99 percent of graduates being placed within six months, and three-quarters in the fields they studied, the college says. That compares to 58 percent of graduates overall who the National Association of Colleges and Employers, or NACE, reports were employed full time by then. (NACE does not break down whether or not those graduates were working in jobs connected to their majors.)

“It was actually the main reason I came here,” Ruby said. She said her high school friends at other colleges and universities get no such guidance.

“No, said Ruby, smiling and shaking her head. “Not even close.”

And they’re not happy about it.

As graduation season is in full swing and newly minted degree-holders set out looking for new jobs, just half had any contact with career offices at colleges and universities nationwide. Of those, only 16 percent found them “very helpful,” according to a Gallup poll. That’s eight percent of all graduates, Brandon Busteed, executive director of Gallup Education, pointed out, or “fewer than one in 10. That puts it in shocking terms.”

Here’s something else that may be shocking: At a time when a separate national survey of students conducted by researchers at UCLA shows that 85 percent regard getting a good job as a “critical” reason for going to college, U.S. colleges and universities have collectively cut their budgets for career offices by 11.4 percent since the recession.

“It’s not true everywhere, but when you look at this, you see their budgets have really declined,” said Mimi Collins, spokesperson for NACE, which calculated the dropoff. “I can’t really say they’re picking on career services. But there certainly seems to be a lack of commitment there.”

This despite the fact that providing more instead of less career support appears to be in institutions’ best interest. The Gallup survey also found that students who found their career offices helpful were more likely to recommend their colleges to others, believe their educations were worth the price, and make financial contributions as alumni.

“All of these campuses should be investing more in career services. And apparently the opposite is true,” Busteed said.

The people who were most likely to seek career help, Gallup found? Students with the highest amount of loan debt.

The people who were most likely to seek career help, Gallup found? Students with the highest amount of loan debt. And they were also the least likely to say it helped.

Related: Colleges are pushed to stand behind what they sell with money-back guarantees

“Those who arguably need it most, to recoup their investment, are the ones who say it’s the least helpful,” said Busteed. “So poor career counseling services at a time of high student loan debts says not only are you not going to have donors later, but you’re going to have graduates in a really bad place.”

Some students have only themselves to blame for not availing themselves of career services, of course.

“You get out of it what you put in,” said Collins. “You can have a student who has the highest GPA, is in the right major, but they don’t put themselves out there. They expect someone to come to them. Well, guess what? That’s not going to happen.” (Gallup “did have a number of comments from people who said, ‘Well, to be truthful, I just didn’t take advantage of it,’” Busteed said.)

Fewer than 40 percent of seniors who responded to an unscientific survey by NACE, for instance, said they had signed up for an interviewing practice session.

“There’s a lot of noise on campus. They are there to go to school. That’s their first priority. Then there’s all the extracurricular stuff competing for their attention, and employers are looking for that too,” Collins said. On top of that, “It’s unfair to expect an 18-year-old to enter college and know immediately what he or she wants to be.”

But waiting until they’re seniors to seek out career advice “is all backward,” said Busteed, who said it should be joined with academic and financial advising. “You should have really good career advice before you decide on your major and how much money you need to borrow to go to college. And instead we do the opposite.”

Some career centers are also off the beaten path, in the basements of buildings somewhere on the edge of campus, and not open on the weekends or in the evenings.

The increasingly common result of all this? A sour first impression on prospective employers, said Deborah Hankin, who is in charge of hiring for the business strategy consulting firm SYPartners.

Hankin spoke after reading the morning’s rambling and ineffectively worded emails from newly minted graduates who had clearly written to long lists of prospective employers.

“They don’t use my name, don’t say why they’re interested in working at my company, and don’t talk about what they could bring to my company,” she said. “That’s an example of a really bad introduction that a career counselor could suggest how to do better.”

In her experience, however, Hankin said, “Schools spend absolutely no time — high schools and colleges — educating people about how to interview, how to look for a job.”

Good career counseling, she said, “ought to start the first year, ideally. After that, it’s too late. People are hiring you for your cumulative experience, not just for the degree. They’re hiring you for all the other things you’ve been involved with, and you have to be able to tell a great story about why all of this matters.”

Colleges that are effective at job placement put their career centers in the student union or somewhere else that’s central and heavily trafficked, Collins said. They start early in their students’ time at school. They involve the faculty. Graduates who told Gallup they were happy with the help they got were more likely to have gotten practice interviewing.

Related: A huge and stubborn reason, still unsolved, that students go into so much debt

At Thomas, which has 1,000 undergraduate and graduate students — 67 percent of them the first in their families to go to college — those who want to take advantage of the guarantee commit to updating their resumes at least once a year, completing at least one internship, maintaining a B average, and meeting regularly with the career services office, which is in the middle of the compact campus.

Corey Pelletier, the director of career services, will occasionally wander down the corridor to business classes and remind the students there about upcoming job fairs. He’ll email students to come in to his office for a chat if he hasn’t heard from them.

Sports management major Sam Smith has stopped by to talk with Pelletier, who helped him get an internship at a local high school he hopes will turn into a job as an athletic director.

“I don’t know how I would have gotten that without his help,” said Smith, who said he was always career-focused.

“My dad always pushed me. He said, ‘Man, we’re sending you to college. You’ve got to be thinking about a job.’”

Tanner Brooks, a junior majoring in criminal investigation, also likes the support, although he isn’t worried that he’ll find a place.

“I wouldn’t say they hold your hand, but they help you when you need it,” he said.

Other colleges, Brooks has heard from friends from high school, don’t offer anywhere near that level of assistance.

“Definitely not,” he said. “It just doesn’t seem that they care.”

This story was produced by The Hechinger Report, a nonprofit, independent news organization focused on inequality and innovation in education. Read more about higher education. 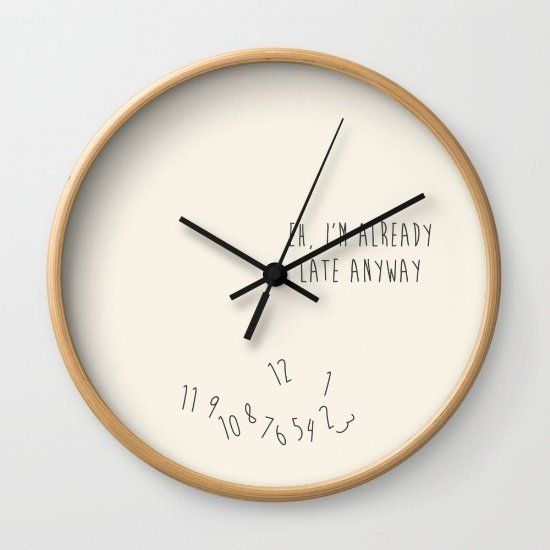