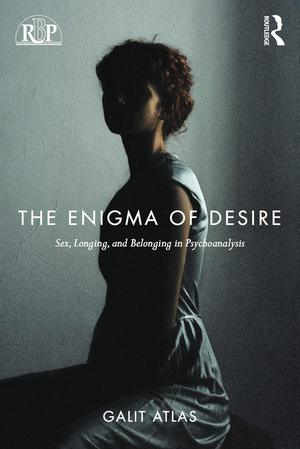 "There are many things we don't know and only feel," Dr. Galit Atlas writes in her book The Enigma of Desire. This sentence has haunted me, I tell the acclaimed psychoanalyst, since the first time I read her innovative work. Enigma brings together twelve narrative case studies --and a pinch of memoir -- under the umbrella of human desire, exploring the many conscious and unconscious forms our "wants" can take. Through the lens of the therapeutic couple (analyst and patient), Atlas examines issues of sex, sexuality, attraction, violence, mortality, and love, as well as her own responses. Rarely has a therapist dared to be so vulnerable in a public forum.

They needn't be scared any longer. While Enigma (subtitled Sex, Longing, and Belonging in Psychoanalysis) does drift into psychological jargon from time to time, Galit keeps the core of her stories accessible to all readers. We're used to mental health professionals being clinical, cynical, detached -- but here the lines between observer and confidant blur as our narrator describes her patients with curious empathy. Befitting its most indefinable subject, Enigma often takes experimental turns, but constantly reminds us along the way that the deepest meaning of desire is seeking to be known.

"[In the book] I make the distinction between Enigmatic and Pragmatic Knowing," Atlas notes. (Pragmatic notions are logical concepts, things that can be clearly discerned and confirmed, while Enigmatic notions are just that -- complex, illusive, opaque to observation.)

I'm writing about the unknown, the things that we cannot truly understand, and I question how much room we have for that in life and in therapy. My goal is really to find a way not to be split between that which we can see, measure, and research -- the Pragmatic -- and the things that we feel and experience but can never fully know or put into words -- the Enigmatic. The material and the spiritual coexist and are necessary for each other. We can be very scientific, but also connect with our bodies and with things we don't know or are afraid of, including our sexuality.

She laughs as she ponders this. "There are all these things about ourselves we try to throw outside the room, right? 'Not here,' not in public. In psychoanalysis we say, 'Yeah, here, bring it in!' In my room, at least I hope, nothing stays outside. Everything is invited in."

Atlas is as intensely charismatic in person as you'd expect from her writing. Moving with a graceful self-assuredness, speaking with a soothing rhythmic lilt, her very presence hints at the rock musician she was in her native Israel. "I don't know if I'd call it a double life," she comments, "but I have parts of myself in my therapeutic role that exist in Enigmatic ways. I don't sing with my patients, but I have been an artist and I think to some degree therapy is art."

Actually, from a certain point of view Galit does sing with her patients, or at least lets them "sing" to her. In Chapter 1, she chronicles her personal response to a young woman's stimulating tales:

Ella tells me about sex with her boyfriend; she shares her erotic fantasies with me while wondering if she can share them with him as well. We create a bridge between our sexual language in the room and her ability to touch herself and teach her boyfriend how to touch her... She talks about her own arousal, about her body, her desire, about her longing and her existential sorrow. She talks about life and death. These concepts are difficult to navigate... and I'm aware of listening to the music more than to the lyrics. Maybe I should say I move to the music, as it is touching my mind and body the way music does. [24]

Every case in Enigma leads Atlas to discover how much two people need to borrow from each other -- emotionally, physically, spiritually -- when they interact. She questions her own faith when a client believes he's possessed by a dybbuk (a malicious spirit from Jewish mythology). Another patient initially frightens Atlas when he confesses his fantasies of committing violence against women; she eventually gets over the fear by mirroring his swaggering façade and acting "like the man" in their therapeutic relationship. One woman, who visits Galit while they're both pregnant, turns their sessions into a competition over who will be the better mother, even as the analyst struggles to care for her unruly "child" on the couch.

Desires essentially develop in the dyad, Atlas explains -- a pairing where both participants influence each other's behavior, needs, and wants within an intimate setting. This stems from the earliest interactions between a caretaker and baby, then transfers to substitute partners as the child grows up and tries to recreate the relationship. Lovers, siblings, colleagues, and especially doctors are asked to play the caretaker role.

The traditional perspective [that therapists are objective] is one that has been challenged by contemporary Relational psychoanalysis. By definition we are not neutral. You walk into my office and you immediately learn something about me, sometimes more than I let myself know. Sometimes I'll tell a patient what I remember from a session and they'll tell me what they remember, and these will be completely different narratives! I'm challenging the idea that there's a hierarchy between a therapist and patient. This relationship, as [Lewis] Aron writes, although not symmetrical, is mutual. We can co-create narratives together.

These narratives, like love affairs, play out in various ways. Some move toward a harmonious conclusion, like the impatient woman who learns to slow down and enjoy life through her analysis. Some require the implication of a ménage a trois, as with one patient so obsessed with her former therapist that she demands all Galit's attention to help her through the "breakup." Some are completely fabricated romances, such as the chapter in which Atlas analyzes Julie Delpy's character Celine (from the Richard Linklater movies Before Sunrise, Before Sunset, and Before Midnight).

And just like love, these narratives can propel us to take control of our own destinies. In the latter half of Enigma, Galit puts forth the interesting theory that we use enactments to prepare our future-oriented desires and bring our potential selves to fruition. (This is based on Carl Jung and Wilfred Bion's studies of the past-present-future connection; Atlas originally developed the theory she proposes here with her partner Dr. Lewis Aron, director of New York University's postdoctoral program in psychotherapy and psychoanalysis. Both Atlas and Aron are faculty members at NYU.)

This all means, Galit argues, that choices we make on one plane of consciousness ready us for the next. In Chapter 12 she writes about a patient who opens her heart about a bad marriage in session, then abruptly drops Atlas when the revelations become too deep. Shortly thereafter, the patient leaves her husband in a similar manner.

Leaving treatment helped her rehearse the separation from her husband. That enactment let her practice [actions] that were really difficult for her. New research indicates that prediction is very important for our evolution and survival. Everything that happens is in preparation for some imagined future.

Prediction isn't easy or painless, especially if the other person in your favorite dyad can't always catch up with your process. But though our enactments are unique, our desires are universal. We have all been in love, competed with our friends, feared giving too much of ourselves, or have given with reckless abandon only to be hurt. If we can understand desire's many parts and listen to the shifts in each other's music, we might achieve our wildest dreams. As Enigma teaches us, desire encompasses much more than sex -- it's all about layers of connection.

"We're not so separated as we want to think," Atlas agrees. "It's really hard to figure out what belongs to whom. We hold things for each other; we feel things in our bodies. We are connected. And I think the more we know and accept it, the happier we are." 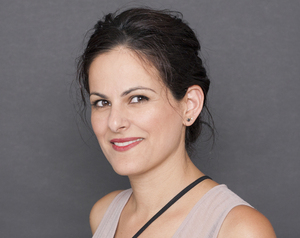 The Enigma of Desire is now available from Routledge. For more about Galit Atlas, visit galitatlas.com.