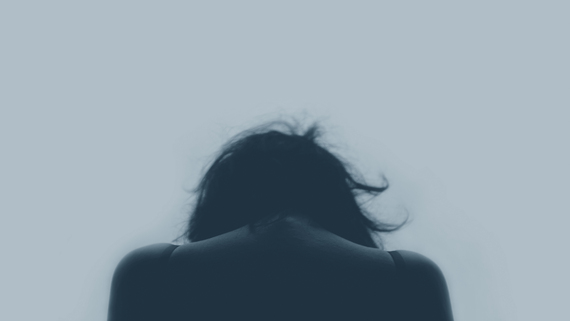 Women across the nation are in mourning. At least the percentage of women who did not vote for Donald Trump. And there are many of us, though apparently not enough to keep the man who triggers every one of our fight-or-flight impulses from inhabiting our highest and most revered office. To us, it feels as if the wolf has been let in the hen house. The abuser is at the door. The monster is on the other side of the wall. And we are terrified, revulsed, depressed, and aware that he has set the movement toward gender equality, parity, and respect back to the dark ages.

What else are we feeling? It's currently trending on Twitter: #NotMyPresident.

Nothing about this election cycle has been normal. Not from the moment Donald Trump slithered down an escalator with his model wife to announce his presidency, to the moment he accepted a concession call from from the gracious and dismissed Hillary Clinton. It has been a cavalcade of one revolting revelation after another, during a process of interminable length, infused with every emotion from anger, incredulity, and caustic laughter, to horror and outright revulsion, to the panic when we woke up this morning -- from our brief and distraught sleep -- to realize this is, tragically, not a dream. It is irrevocable, it will be inflicted for at least four years (barring some legal entanglement that puts him behind bars, which is not unimaginable) and it is the death knell, at least for now, of the progressive movement. It is a travesty.

I will not put a rosy, conciliatory spin on it. After all, the last of my Huff Post articles was a piece titled, Why Donald Trump Cannot Ever Be President. My opinion is clear. It has not changed. That a large number of Americans who think differently have chosen him as their president does not change my perspective, so that hashtag resonates with me. But the list of people and causes that are put into immediate jeopardy is long and chilling and something we should all be concerned by:

1. Women: We have watched as Trump has disdained, demeaned, and insulted women for everything from being fat and ugly, losers and idiots, to bleeding from their "wherevers." We have witnessed him dismissing and denigrating women simply because they were strong, they spoke their minds, and didn't cowtow to his self-anointed male superiority. We have listened as he's bragged about grabbing pussies, we've seen video after video of him treating women like chattel; listened as he's disrespected their bodies and their privacy. He's stated that he believes punishment of some kind must be meted out to women who've received abortions, he plans to rescind Roe v. Wade, and of course, doing away with Obamacare severely impacts many, many women, particularly those on the lower end of the economic spectrum. The list of grievances against women and women's interests is long and deep, and we have not even touched on the insanities against women his VP pick plans to implement.

2. Minorities: Every Muslim, black, Mexican, LGBT, immigrant, not white person in America is right to be fearful of his presidency. He was endorsed by the KKK and supported by white supremacy groups. He has been loud and outspoken about his plan to build walls, deport Muslims, tear families apart, keep immigrants from coming in, make every single person who is not white feel unwelcome, uneasy, and unAmerican. He will literally impose the opposite of what's emblazoned on the Statue of Liberty: "Give me your tired, your poor, your huddled masses yearning to breathe free," making him a hateful antithesis of our emblematic and endemic American openness and compassion.

3. The disabled: We watched in horror as his made loud and sophomoric fun of a disabled reporter, had his thugs shove wheelchair bound protesters out of rallies, including a child with Cerebral Palsy. He has expressed the desire to strip social programs that aid the disabled, he has shown to have no compassion or concern for their needs, making them a demographic with cause to be very worried about his strut into office.

4. Scientists: Forget forward progress on the urgent issues of global warming and climate change. He has been loud and proud about his refusal to accept the science on these topics and, given his innate narcissism, likely considers that he knows more than our most brilliant minds. So we can wave goodbye to the Paris Treaty; he'll roll back environmental protections, and he plans to abolish the EPA. He is literally the poster child for the ignorant, head-in-the-growing-hotter-every-day-sand denier. We should be globally and collectively horrified that he will have any power to rescind forward progress on climate change.

5. Military: Dear God, after having watched his word salad blather during any of the debates, after listening to his adolescent chortling that he knows "more than the generals," after watching him minimize the gravitas of the Purple Heart, insult John McCain and the Kahn family; brag about donating to veterans with little follow-through, and prattle on about nuclear capabilities and his enduring admiration for world dictators, we should all be chilled to the marrow of our bones that he will be Commander-in-Chief... with Republicans holding majorities in both the other branches of government.

6. Immigration: Forget any compassion or humanity on this front. He made it a plank of his campaign to foment fear and terror over "others," and succeeded in stirring up every low-information white American who willfully ignores rationale on the vibrance and contribution of immigrants. His mission to "make America great again" is simply code for "white again" and there is not a sane person in this great and beleaguered country that doesn't know that. God help the "others."

7. Corruption, sleaziness and criminality: Whatever is legal in the process of using bankruptcy laws to stiff other people, Trump has made a career of it. He's willfully lined his pockets at the expense of anyone doing business with him. He's paid little or no taxes, which means he's done nothing to contribute to our infrastructure or social services like police, fire fighters, etc. He's involved in countless lawsuits and currently on the dockets on both a fraud case involving his fake university, and a rape case involving a women who was terrorized enough that she cancelled her last press conference. He's bragged about using the system, bending the rules, and screwing the little people. Putting a man into the highest office of the land who embodies not one iota of integrity, honor, or ethics seems insane to me. That his supporters didn't care about any of that in the urgency of their white panic and economic "anger," is a travesty. That their numbers put this corrupt man in a leadership position puts the rest of us -- our children, our families, our future -- in jeopardy.

I could go on and on. The list of reasons why he does not deserve this position, why he is unqualified for this position, and why his being given this position strikes a gut-punch to the heart of every thinking, feeling, compassionate American is long. We all have our versions of what, specifically, about him resonates as revolting.

But as someone who's watched, listened, and recognized that he embodies the traits, mannerisms, tones and attitudes that are most repugnant to woman; to see how he uses bullying, sexual denigration, assault and aggression, male privilege and superiority, sexism and misogyny, to steamroll, attack, overcome, and WIN -- his most valued commodity -- triggers me, triggers many of us. Women are triggered. And we reject this man being held up as an example of our most respected and honored leadership. We do not respect and honor him. His winning this election does not change who he is, does not erase the many vile and sickening acts he's perpetrated; does not absolve him of the repugnant behaviors and disrespects he's wielded like air, like movement. He is all those things and he will be all those things as the president.

Which is why he is #NotMyPresident. He belongs to those who elected him, The rest of us will turn off cable news, look away from the pandering media, avert our children's eyes from the message that a man can be an abuser, a disrespectful, ill-mannered, ignorant bully and still be rewarded -- at the expense of a staggeringly superior woman. We will live our lives by ignoring his. Is that possible? I don't know. But I have to try.

Because I cannot look at him, hear him, watch him lording over others and surrounding himself with a sniggering cabal of like-minded men (and women), and not feel violated. Not feel abused and demeaned. He has demeaned the office just by stepping into it after the elegance and integrity of Obama. He has lowered the bar of this country in the eyes of the world. He has made a sham of honor and high-minded, progressive thinking. So we cannot "come together," as some have pleaded; it is impossible. We have never been in the position before of being asked to "come together" behind such a repugnant person. We cannot. Our integrity will not allow it. We will, instead, come together in our homes, communities, and private endeavors, and continue forward progress in spite of, rather than with, the elected president. Because he does not represent our hopes, dreams, aspirations, and ideals. We will continue to live and build a world that does. Without him. Because, sadly, he is #NotMyPresident.

By the way, the other trending hashtag? #ImStillWithHer