As the world continues to hail the wonderful rescue of the Chilean copper and gold miners, 37 coal miners died from a gas leak in China this week, bringing that nation's death toll on track for a record year.

Peabody Energy, the world's largest coal provider, just announced its quarterly profits have doubled due to international operations. Despite major concerns over water supplies, desertification, and workplace safety, Peabody recently announced its intention to open some of the largest mines in Mongolia.

According to NGO group Oyu Tolgoi Watch, "Mongolia is experiencing higher degree of climate change -- over 70 percent of Mongolia's territory is suffering desertification. That is a big concern."

In the Jaintia Hills in northeast India, according to human-rights organizations, more than 70,000 children continue to labor in dangerous rathole coal mines. In a recent piece in the Christian Science Monitor, children as young as seven were working in abysmal conditions, including some reportedly sold as indentured servants. The CSM reported:

Mine manager Purna Lama says there is no money for safety measures. Cave-ins are always a threat; wooden ladders leading down to quarries are slippery with moss; there is little or no access to medical care, sanitation, safe drinking water, or even adequate ventilation. Mr. Lama estimates that there are eight accidents a month in the mines, at least two of which are fatal. 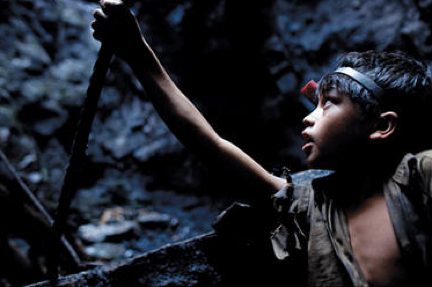 As India's King Coal -- India Coal -- goes public this week on the stock market in a historic sale, devastating coal mine operations in the state of Jharkhand continue to displace adivasi tribal populations, and employ women and children in unsafe conditions. 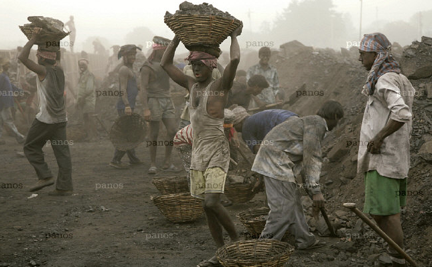 British photojournalist Robert Wallis released this essay on the "Dark Side of the Boom" in India's coalfields.

While China reportedly built a wind turbine an hour in 2009, and are steamrolling ahead with solar power production, the country just announced its record demands for coal imports.