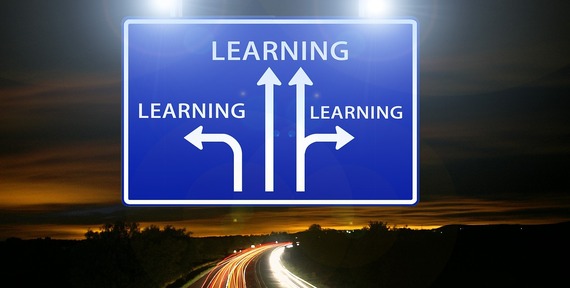 Alternative learning is growing - as evident by the dramatic rise in the number of homeschooled children - from an estimated 1.8 million in 2012, per The New York Times reporting, to 2.3 million in 2015, according to the U.S. Department of Education National Home Education Research Institute.

Further proof includes the second-annual Brooklyn School Alternatives Conference held in Brooklyn, New York on June 4 and 5, 2016. For two days, panelists, audience members, and families, many of whom were traditionally educated, homeschooled, unschooled, or a combination thereof, shared thought provoking concepts and life-experiences. Even curious passersby on the street rearranged their schedule to drop in and learn more about alternative learning.

What Are the Types of Alternative Learning?

Several varieties of learning are available for parents and children who desire options other than traditional schooling. Such options include:

· Homeschooling. This option functions more like traditional schooling, is based on a set curriculum, schedule, and testing, but is performed at home.

· Unschooling. Wendy Priesnitz, editor of Life Learning Magazine, writes "[Unschooling] children generally live and learn, with the support of their families, based on their own interests and their own timetables, and without curriculum, tests, or grades." In other words, it lets kids of all ages (including adults) learn through curiosity.

· A mixture of homeschooling and unschooling.

In short, alternative learners absorb information by experiencing the world around them on their own time and with curiosity.

Why Participate in Alternative Learning?

Reasons vary for choosing alternative learning over traditional education. Some families might desire a more family-oriented lifestyle while others might select this method due to religious beliefs, bullying, or simply passion for more enhanced learning. One overarching theme is clear for a growing number of parents in that they are unsatisfied for one reason or another with the traditional educational experience.

"Learning comes from inside," audience member Neil Eisenberg told me, whose child has attended both public and private schools. "With traditional learning, educators often tell students what to think and this kills creativity and learning," he added. This feeling prompted Eisenberg to co-found the Harbor Hill Schoolhouse, an alternative learning school in Brooklyn, New York.

Others differ in their reasons for moving toward alternative learning.

"It promotes a healthy and holistic way of living and schooling," said Erynn Albert, a conference spectator, homeschooling parent of four young adults, and co-founder of Different Directions.

"Homeschooling allows children to be authentic in their learning and this passion will lead them to where they should be," Albert added.

Inadequate educational experiences not only resonate with parents; it is growing among teachers too.

"My role as an educator is to facilitate a student's growth rather than teach by curriculum," one STEM educator from the New York City public school system told me observing the conference. He went on to say in his own teaching experience that "passionate students who think on their own are the most successful."

What are the benefits of alternative learning?

Real-World Learning. Some might believe learning happens only while attending traditional schooling, but this is far from reality. Curiosity and exposure empower children to learn daily - from dust to dawn and even yes, while they sleep.

Many alternative learners have at least one day per week where they take child-led trips to the museum, park, or specialty shop to greater enrich their learning experience about a specific interest. Parents might also bring in experts specific to a child's interest to further expose them to information.

For example, 12 children 10 years and below whose parents attended the Brooklyn School Alternatives Conference elected to learn in an environment similar to what they might experience as alternative learners. En route to the park, the children found a garage sale where they socialized with a family representing varying ages and applied practical math and problem solving skills. "Opportunities to learn are limitless because the world is your classroom," said Kristen Lee Langelier, founder of Crayon Power, and upcoming micro-school Crayon Power Playgroup, in Brooklyn, New York, who helped facilitate the children's learning.

Can My Child Attend College?

Many parents might feel nervous about having their child participate in alternative learning because they worry how he or she might handle the ins and outs of higher learning. Rest assured there is no need to worry. At least one study found homeschoolers outperformed traditional schoolers on standardized testing.

One often overlooked question for a child to answer though is do they even desire higher education? Being an alternative learner facilitates participation in paid and unpaid internships, apprenticeships, and more, all within their area(s) of strong interest.

Although one study had a small sample size of 232 unschooling families, it found that the majority of those surveyed after further follow up, held occupations that were artistic in nature - either in performing or creative arts. It begs the question with professions such as these, rising tuition costs, and increasing student debt, is college truly necessary?

Alternative learners do have several options if they desire to attend higher education. They can choose to opt-in to a traditional school for their final year to attain a diploma or decide to obtain their GED. Some alternative learners choose to participate in standardized tests like the SAT. However, greater numbers of higher education institutions are choosing to either not require such testing or place less weight on them, opting instead to see a prospective student's full application portfolio.

Sarah, an unschooled adult from the state of Maryland, described to me the process specific to her in applying to higher education during the late 1990s. She attended a community college at age 14 for two years then transferred to a four-year college for ages 16 and 17. Sarah obtained a B.A. in History and went on to earn a law degree.

Is My Child Capable of Being Social?

Absolutely. More often than not, alternative learners are more inquisitive in nature and have better eye-contact than those in traditional schooling. What is more is the former often has vast experience in social settings with adults and children of varying ages rather than just their own age.

What Is the Future of Alternative Learning?

Alternative learning is practiced in more countries than just in America, making it a global movement. For reference, between 37,000 and 50,000 UK children and an estimated 750 Irish children are schooled at home. But this movement impacts more than Western society. India, Kenya, Japan, and even Pakistan partake in some form of alternative learning.

The future of homeschooling over the next 10 to 20 years is extremely bright and filled with limitless possibilities, Pat Farenga, keynote speaker at the Brooklyn School Alternatives Conference, and right hand man to the late John Holt, one of the modern founders of unschooling, told the conference audience.

"I see an increase in the number of support services as a new industry is being born as a result of the number of homeschoolers increasing," the author of "How to Report Unschooling to School Officials", told me on the sidelines of the conference.

With the alternative education movement firmly rooted in many countries and being facilitated at the grassroots level, Farenga's prediction appears strong.

"There is a growing awareness that we don't just learn while we are taught in school. We learn from the world around us and that we need to have access to it."

"Any place that is closed during traditional school is recognizing the homeschool community as a potential new industry," he added. Evidence is there. More businesses are offering private tutoring, sports programs, and educational activities as a result, he noted.

"It doesn't have to be a top-down approach to educate children. Instead, it could be done on the local, micro-level. Unschooling is about giving children as much access to the world as possible."