A new front in the national war on voting that erupted after the Supreme Court tossed out key portions of the Voting Rights Act in 2013 opened this week in a federal courtroom in North Carolina.

Thousands of people took to the streets of Winston-Salem this week calling attention to the voter suppression law that is on trial, and reminding us all how precious our vote is, especially in an era of Big Money.

The marchers carried with them the support of more than 6,000 Common Cause members who participated in a virtual rally, sending messages from across the country to the marchers on the ground.

Why are so many people paying attention to this trial? Because nothing short of democracy itself is at stake. After decades of progress in expanding the vote and removing barriers, making registration and voting convenient for busy working families, at least 21 states have erected new obstacles to voting.

In a trial that could last several weeks, Common Cause North Carolina and allies including the North Carolina State Conference of the NAACP and the League of Women Voters of North Carolina, are challenging a draconian monster election law that:

The 11,000 page evidentiary record demonstrates how each of these measures disproportionally impacts voters of color in North Carolina.

That's why we're fighting these laws tooth and nail, and why thousands of Common Cause members have added their voices to those marching past the courthouse in Winston-Salem. Here's a sampling:

"Democracy depends on the willingness to fight for the right to vote freely:
One citizen, one vote. We will win."
Victor P., Texas

"March PROUD because you march for nothing less than democracy itself."
Patricia P., Maryland

"As a civil/voting rights worker from the 1960's, I can only be so moved that I get tears, when I see that the fight to actually allow ALL voters their right to cast votes in the USA is still underway. We SHALL overcome"
Jeanne Y., Washington

"Stay strong. We have learned what true faith and values are.
The Mother Emanuel AME Church has shown us a light that we can never let go out.
Please know that so many are with you in spirit and pray that the light from Charleston will shine bright in North Carolina."
Mara M., Georgia

"Unless we are marching, we'll be forgotten and unheard."
Jane N., Wisconsin

"I know it may be hard, but even though we can't be there in body, please know that we are all with you in spirit."
Brenda W., Missouri

"I never thought I would see the day when the voting rights
won in the '60's were undermined. Fight on! "
Katherine Z., Oregon

"Arthritis has curtailed my ability to march, but I was with you today in spirit. Thanks for standing up to demand the rights that belong to us all!"
J.C.H., North Carolina

"Your courage will help overturn this law sooner -- and the many laws like it.
These laws strike a blow against democracy.
You act in the name of democracy, for all of us."
Mariann R, Ohio

"Thank you for all your work and rest assured that your efforts are not in vain."
John C., Colorado

"As I look at my home state I do not recognize NC. NC has become a national leader in designing systemic limitations as it returns to the ideals found in the days of Jessie Helms with the proposal of H.B. 589."
Karen S., Kentucky

While Judge Thomas Schroeder reviews the North Carolina monster election law, the Fifth Circuit is currently considering an appeal of a Texas strict photo ID bill that was also implemented on the heels of Shelby - a bill which a Texas federal judge found to be intentionally discriminatory, an "unconstitutional poll tax," and ineffective to combat voter fraud.

One part of the North Carolina law that won't be considered during trial is its strict photo ID provision. In an apparent concession to the strength of the legal challenge, just two weeks before the trial was set to begin, the North Carolina legislature swiftly and nearly unanimously adopted a more reasonable voter photo ID measure.

This is not Judge Schroeder's first pass at the law. Last August, Schroeder denied a request for a preliminary injunction, allowing the law to be implemented for the November 2014 election. He found it doubtful that the plaintiffs would succeed on the merits, and the U.S. Supreme Court opted not to disturb his finding as the very tight timeline of the election approached.

Perhaps glimmers of hope are evident in the Fourth Circuit's consideration of the injunction appeal. The appeals panel found that the district court "both misapprehended and misapplied the pertinent law," by failing to consider the totality-of-the-circumstances, such as the elimination of voting mechanisms successful in fostering minority representation, the combined effect of the omnibus measure and the state's history of voting discrimination.

This is Our Selma. North Carolinians and Americans everywhere recognize the outright voter suppression that this law represents. If politicians can turn back the clock on hard won voting rights, our democracy is at stake. Take action now to urge Congress to prevent states from implementing discriminatory voting laws by fixing the Voting Rights Act. 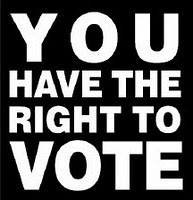 *This article is cross-posted on Common Cause.