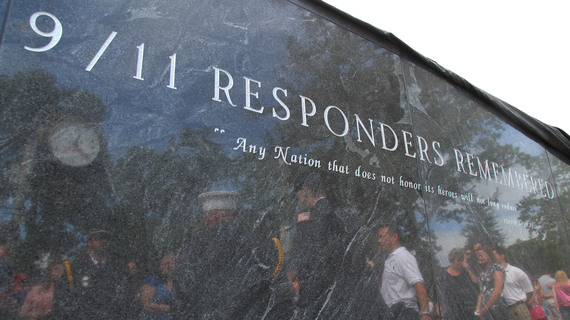 Every man's life ends the same way. It is only the details of how he lived and how he died that distinguish one man from another. -- Ernest Hemingway

As the headlines buzz and our hearts ache with the news of Robin Williams losing his battle to mental illness, several quiet heroes have also lost their own battles in these last few years. Their fight wasn't against depression or drugs or celebrity scrutiny, but it was just as sinister, and just as heartbreaking. Their story also deserves some attention.

One of these beloved heroes was laid to rest last week, just days after the news broke that over 2500 Ground Zero first responders are now fighting various 9/11-related cancers. Lieutenant Keith Loughlin, 56-years-old, worked for the FDNY for 26 years before retiring in 2005 after learning he had throat cancer. He was a husband, father, son, brother, friend and Rangers fan. He was everything to so many people and yet there was no news surrounding the tragedy of his death, save for the obituary in his local paper.

I met Keith and his wife Lori shortly after September 11th, during one of our family's many trips to Brooklyn's Ladder 132 firehouse, where my fiancé Sergio and five other men worked before disappearing in the collapse of the South Tower. While my memories of those early visits are blurred by the pain of loss, Keith and Lori stood out as one of the couples I felt comfortable being around, at a time when I was torn apart about being around couples. Talking to them was effortless and they always made the anniversaries a little lighter with their easy banter and genuine compassion. Even after Keith's diagnosis, the only indicator I saw that he had been fighting a battle was his drastic amount of weight loss; he showed up every time with a huge smile on his face and an indomitable spirit. Though Keith knew his choice to be a firefighter was what led to his illness, he had no regrets about it, and proudly supported his son Jesse who followed in his footsteps.

While I knew there was a high chance that many who worked in the rescue and recovery efforts at Ground Zero would get sick, my wishful thinking was that no one would have to suffer -- we had already lost so much. But reality had to rear its ugly head time and again, and since the attacks, six of the brave men from Ladder 132/Engine 280 have been diagnosed with cancer attributed to their work on the pile. Besides Keith, Sean McCarthy is on the list of an estimated 1600 first responders who have lost their battle to cancer and other related illnesses so far. According to John Feal of the FealGood Foundation, over one hundred heroes, men and women, who were police officers, firefighters, construction workers, Salvation Army volunteers and more, have all succumbed to their illnesses during this year alone.

The numbers are staggering and over the next few years there will be many more cases, with the very real possibility that more lives will be lost as a result of 9/11-related illness than those lost in the attacks on 9/11. Adding insult to injury, many of these victims and their families are fighting to get compensation through the James L. Zadroga 9/11 Health & Compensation Act. In light of how the media plays to the more sensational celebrity news as illustrated by the non-stop coverage of Robin Williams' suicide, the question begs to be asked: Will the world ever fully comprehend the tragedy of the aftermath of September 11th for these victims and their families?

While Robin Williams and Keith Loughlin lived and died in very different ways, they have some very important things in common. They, along with the other first responder victims of 9/11, made huge contributions to the world, by choosing work which would highlight their love for humanity. They leave behind a legacy of love and laughter shared with all who knew them. Their deaths, as tragic and heartbreaking as they are, remind us of our own mortality and the certainty that our time here on earth is as finite as theirs was*. Through our sadness, we can choose to recognize this as their last gift to us and make every day count. Live large. Love big. Do your part to make a difference in the lives of others. And never forget the heroes, whether they were celebrities or not. 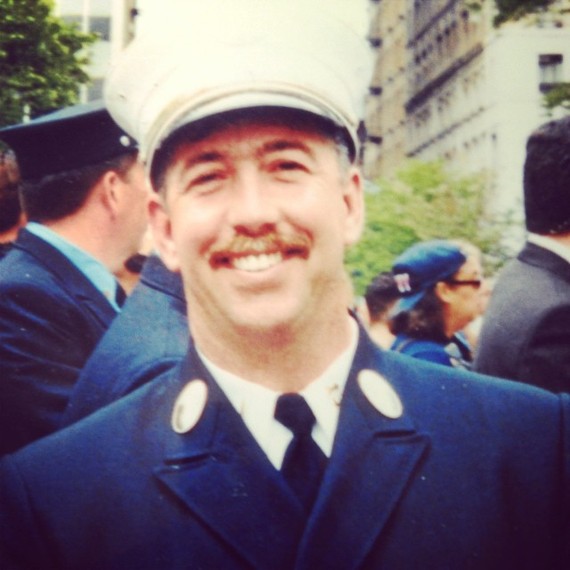 To stay informed about the victims of 9-11 related illnesses and learn about upcoming deadlines for filing for compensation visit:

*Some will argue Robin Williams made the choice to end his life, but I believe depression rendered him incapable of making the choice to live.

9/11 widow living happily "even" after as wife, mother, speaker, writer, and advocate.