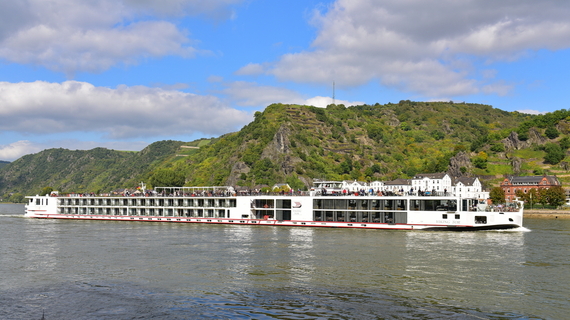 Marlene Eckert was looking forward to a spring river cruise in southern France, which included planned ports of call in scenic Lyon, Beaujolais, Arles and Avignon, along with an extension to Nice. But in January, her husband suffered a massive heart attack and died.

Eckert, a business analyst from Los Angeles, asked her cruise line, Viking River Cruises, for a favor: Could she change the second passenger's name from her husband's to that of a friend who had also recently lost a spouse?

Viking said it would be happy to help, as long as she paid it $855 -- a 15 percent cancellation fee plus a $30 fee for changing a passenger's name.

"Are they trying to boost their profits at the expense of new widows and widowers?" Eckert wondered. "Why does this cruise line, whose main clientele is senior citizens, have a blatant lack of compassion?"

Fair questions. A death certificate used to be enough to get almost any rule waived when you traveled. But companies seem to be taking an increasingly hard line on waivers and favors, even when passengers die before scheduled trips. The reasons are many: Strict refund rules ensure bigger profits, boost sales of travel insurance and make a company seem fair to other customers asking for similar consideration. But you don't have to become a statistic.

Many travel companies still help passengers whose relatives die before their trips. The industry standard is a refund for the ticket of the deceased and a travel companion or companions. For hotels and car rental companies, that's still largely true. But increasingly, airlines and cruise lines have pushed passengers toward accepting vouchers, valid for up to a year from the date of the issue. In their grief, passengers often forget that they have travel credits, so companies keep their money.

When companies offer a refund, they also create paperwork mazes that, in a state of mourning, travelers sometimes have trouble navigating.

Elizabeth Ledezma knows what that's like. She applied for a refund for a US Airways flight after her fiance's mother died. The airline directed her to a form for a refund. She says it took her "hours" to get the form to work, and she received multiple error messages before her request went through. Just to be safe, she also mailed the information to the airline.

"I can't get anyone on the phone," said Ledezma, who works for a real estate company in New York. "They have no clue."

I asked US Airways about her ticket. It issued a prompt refund.

Travel insurance isn't always an easy solution. Consider what happened to Merle Huerta, an academic coach from Spring Valley, N.Y., whose family trip to Israel had to be canceled last summer after her mother-in-law died. Fortunately, the Huertas had purchased a travel insurance policy through Allianz Travel Insurance.

"After the funeral and for weeks following the cancellation, my husband and I haggled with Allianz," she recalled. "Despite giving them the death certificate, they continued to ask us for documents. A week would go by, my husband would call to check the status, and the company agents would ask for additional documents."

Finally, two months after canceling their trip, they received a check from Allianz. But she wondered, "Why purchase travel insurance if the companies are going to make it so prohibitively difficult?"

Travel companies are pushing the bounds of common decency when they deny or delay a refund after the death of a customer. If survivors let them do it -- which is to say, if they're deterred by paperwork and bureaucracy or if they accept a credit -- they're paving the way for a day when death is no longer a good enough reason for a full, no-questions-asked refund.

Some apparently believe that grieving customers are pushovers who should be grateful for partial compensation. But to let companies get away with anything less than a complete refund would be to allow the travel industry to profit from their own customers' deaths.

Eckert, the passenger who tried to change the name on her French river cruise, acknowledged that she didn't read the fine print in the terms of her cruise. She just thought that, given her situation, Viking would do the right thing -- a common sentiment when someone has passed away.

Viking offers insurance that could have provided a full refund for Eckert, and its rules, which are published on its Web site, are clear. She contacted the cruise line within the 90-to-120-day cancellation window, so a 15 percent cancellation penalty applied.

But it's possible to be right and still be wrong. I agreed with Eckert that Viking could have offered a more compassionate response, so I asked the company to review her request. A cruise line representative said that its policy is indeed to grant an exception to its name change rules but that there had been a "communication breakdown" between the cruise line and Eckert's travel agent.

A Viking representative called, extended the company's "sincere condolences" and agreed to refund the fee she'd paid to change the name on her reservation.