On Monday, Chinese manufacturing giant Huawei unveiled the Ascend P1 S, which the company claims is the world's thinnest smartphone.

Announced ahead of the annual Consumer Electronics Show in Las Vegas, the slim device measures 6.68mm thick and boasts a 4.3-inch Super AMOLED touchscreen and a dual-core 1.5GHz TI OMAP 4460 Cortext-A9 processor. The phone also has a rear-facing 8-megapixel camera and a front-facing 1.3-megapixel camera, and features 1,080p high-definition video playback, according to the Huawei press release.

Pricing was not announced.

Huawei claims that the P1S is the fastest and most compact smartphone in its class. The phone is 2.62mm slimmer than the iPhone 4S (9.3mm) and 2.79mm thinner than the Samsung Galaxy Nexus (9.47mm).

The P1 S steals the title of "world's thinnest" from Motorola's Droid RAZR, which went on sale in October and measures 7.1mm thick. However, PC Magazine writes that the 130-gram P1 S feels heavier than the RAZR, which weighs in at just 127 grams.

The Ascend P1 S, and its slightly chunkier sibling the Ascend P1, will be available in Europe, Asia-Pacific, North America, Australia, Middle East, and China beginning in April 2012. Both phones will run on the newest Android operating system, Ice Cream Sandwich.

According an Engadget reporter who got some hands-on time with both Ascends on Monday, the P1 S is noticeably zippier thanks to a more powerful 1800mAh battery. By contrast, the P1 is packing a 1670mAh battery. Both phones also feature the newest Gorilla Glass, which is thin but extremely tough. Corning, the company that makes Gorilla Glass is expected to announce its second generation of the product at CES.

Take a look at the slideshow (below) to see Huawei's Ascend P1 S. 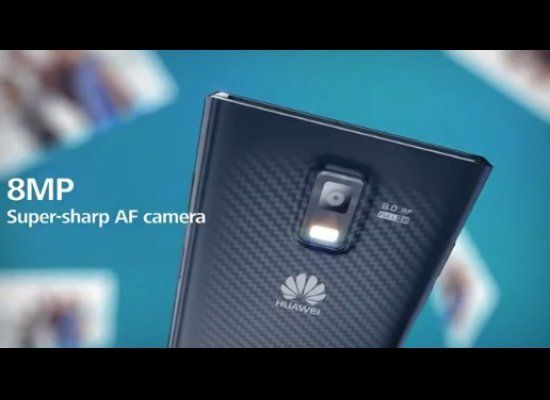