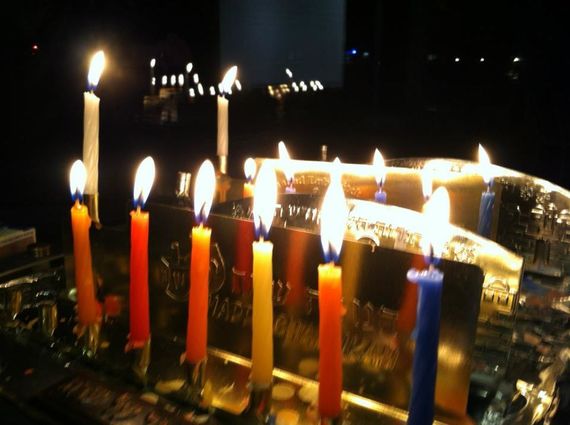 In the story of Joseph - last week, this week, and next week, in our Torah - it is easy, and even seductive, to focus on our hero's triumphal rise.

Sold to Ishmaelite traders by his resentful brothers, Joseph comes into Egypt a slave. And, once again, in his early days in Egypt, the sense of specialness that comes with him becomes his downfall, as his master's wife engineers Joseph's imprisonment when he rejects her advances.

Then, and for a second time, Joseph is lifted out of abject depths toward distinction - his gift for dream-interpretation raising him from obscurity to become a favored advisor to the Egyptian monarch. The wording used for the Egyptian dungeon out of which Joseph is lifted up - "Then Pharaoh sent and called Joseph, and they hurried him from the pit" (Genesis 41:14) - directly recalls the hole in the ground in Canaan into which he was cast by his brothers at the outset of the story.

Joseph has always had premonitions of grandeur, those dreams of his - his brothers' sheaves of wheat bowing to his own, the sun and moon and stars paying him homage. Though the compact scriptural story does not spell out such psychological details, one can imagine these visions giving Joseph the courage to distinguish himself in Egypt, emboldening him to rise at every opportunity.

Elevated farther and farther, Joseph seems to discover a flair for grandeur, and not only his own. In this week's reading, the Pharaoh sets Joseph "over all the land of Egypt" (Genesis 41:41), letting him wear the monarch's own ring and ride in the king's second chariot (Genesis 41:42). Next week, in the seven years of famine that he has foretold, we will see how Joseph gradually transfers virtually all the country's gold, silver, and land to the crown.

If the successor-Pharaoh who enslaves the children of Israel feels he has the right to own a whole populace in such a way, it is possible to suggest (and some voices in our interpretive tradition do contend) that Joseph first inculcated the notion in the Pharaonic line. Of course Joseph, himself having been sold as property, did not originate the idea of slavery; but there is a sense in which Joseph's talent for reversing his own situation tends to subordinate everyone around him, from the Egyptians at large to his own siblings, and even his venerable father - with the technical exception of the Pharaoh, who is required for Joseph's elevation.

When Joseph rides out in his royal livery, we are told that criers call out before him, "Avrekh!" (Genesis 41:43) As a command, the biblical Hebrew word means "Bend the knee!" Centuries later, in the parlance of rabbinic academies, Avrekh becomes a noun, denoting a dedicated young scholar - as though the world of Torah-learning were full of Joseph-like lordlings, commanding a semblance of the reverence due royalty. Respect for erudition is well and good - but how Jewish is it to suggest that everyone outside a special class is somehow less-than?

Looking at the part of the story we will read next week, in which "Joseph acquired the land for Pharaoh" (Genesis 47:20), the 1882 Cambridge Bible for Schools and Colleges commented, with perhaps anti-Semitic suggestiveness: "This transaction, by which, at a single stroke of business, Joseph, the Hebrew, was said to have purchased for Pharaoh the whole land of Egypt, and all the people to be Pharaoh's slaves, as the price of seed corn, probably sounded in the ears of an ancient Oriental people a masterpiece of cleverness. In our days it would rank as an outrageous piece of tyranny, that the king's Grand Vizier, taking advantage of his own monopoly in corn and of the people's destitution, should deprive them of the last shreds of their independence."

That account is prejudiced. Howbeit, there is an obnoxious aspect to the Joseph story, and a caution for our own times. The narrative is shot through with a predilection for lordliness, of a variety to which those who have experienced subordinate status (or the apprehension of it) are perhaps especially prone. It is an affinity that can lead to catastrophe for one's own people, if it is allowed to become the way of the land. Whether out of fearfulness, mere opportunism, or a sense of destiny, it is all too tempting to attach oneself to overbearing power when the chance presents itself - and even to feed that power, if it means one's own advancement in the present moment.

In the prophetic reading for the Sabbath of the Hanukkah holiday, another figure is elevated from a lowly state to near-ultimate grandeur. Like Joseph emerging from the dungeon-pit in Egypt, the High Priest Joshua - as espied in the visions of the prophet Zechariah - undergoes a change of raiment, from filthy to pure garments (Zechariah 3:3-5) as he is invited to stand in august company. In this vision, the court into which the lowly one is welcomed is none other than the divine throne room in heaven, where the High Priest of the Jerusalem Temple is admitted and is charged, in the Prophet's vision, as something like an earthly angel of the Lord.

It is perhaps not surprising - in that setting - that the elevation comes with a message of responsibility: "Thus says the Eternal One of Hosts: If you will walk in My ways, and if you will keep My charge, then you, too, shall judge My house and guard My courtyards, and I will give you access among these ones who stand here" (Zechariah 3:7) - where "here," remember, is the highest heavens.

As to the corresponding earthly domain, it is worth noting how - in contrast to the system set up by Joseph and his Pharaoh in Egypt - the sacred law, over which Israel's Priests are to preside, according to scripture, guarantees that no Israelite family can be permanently dispossessed of its particular holding in the Holy Land. (Leviticus 25:13)

The offer of access and elevation to the High Priest, in the visions of Zechariah, is followed by an all-important reminder regarding the essence and the source of true greatness - as the prophet is given to see the branched golden candelabrum of the sanctuary, with its lights, and is told what it means: