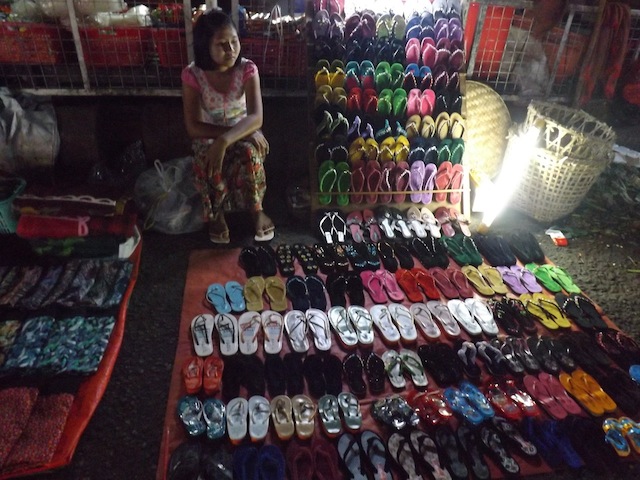 My smartphone buzzed. It was showing me a Google alert for a news article on the ASEAN Economic Community and how cool the Asian grouping would be in 2015, when all its existing 10 members would form a regionally integrated single market and production base.

No way, this stuff can't be serious, I told myself. I've heard of this Association of Southeast Asian Nations (ASEAN) going the European Union way story before and thought it was totally crazy for anybody to even fathom that, let alone believe it will reap rewards of any kind.

But 'Asia rising' pundits are unstoppable. They look down at my suspicion with contempt, often basking in the glory of their heavy titles and prejudiced stand on ASEAN's infallibility.

For them, ASEAN was the emerging Captain Planet from the backyards of East Asia, which would pull the world from the depths of a global financial meltdown and thrust it towards stability. Cool story, right?

But there's something uber-fake about the pseudo 'one-ASEAN-one direction' jingoism that gets my goat. It exists only in the topmost echelons of Southeast Asia's political, diplomatic, academic and media circles. The common man in almost all its 10-member nations has no clue what ASEAN is about. We're talking here about millions of illiterate, poor, underprivileged Asians who are in the thick of the situation, happy to progress in life, one day after another.

Their struggle for life is eons away from the ASEAN brouhaha and does not fit in with ASEAN's supposedly remarkable success story. The truth being, a vast majority of ASEAN citizens probably do not even know what the grouping truly stands for, let alone that it is meant to represent their collective might and aspirations. For them it would be enough if their local governments could provide adequate governance towards safety and sustenance, leave alone worry about lofty aspirations towards global geopolitics. 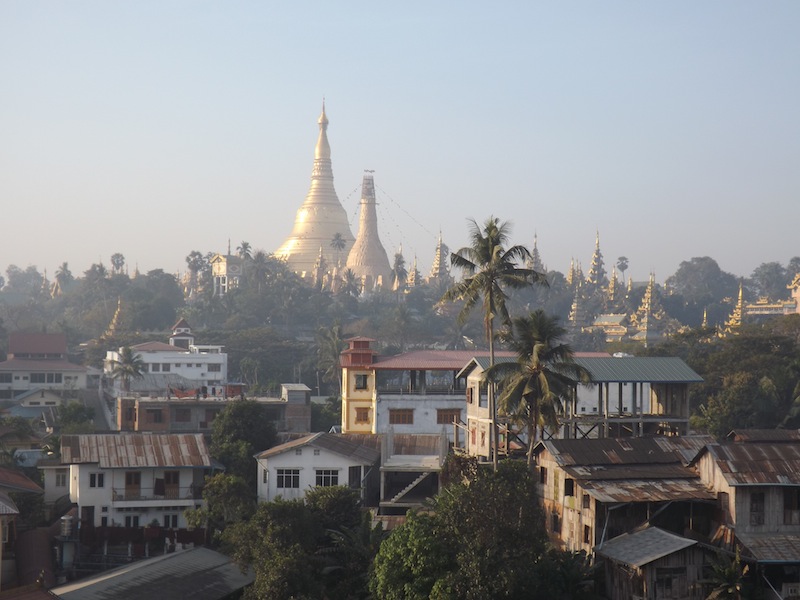 So, I decided to find out in my own crude and rudimentary manner how much of ASEAN's own population, the body and soul of its enormous might and stature, knew about its existence.

Over a period of months, I spoke to random people from different ASEAN countries to figure out what they thought of the Southeast Asian grouping. Though, this wasn't a methodical social survey with a proper research model at its base, yet it gave me a realistic reflection of how connected, or rather disconnected, the ordinary ASEAN citizen was from its grand, projected image.

I spoke with waiters, cleaners, taxi drivers, porters, tour guides, street vendors, shopkeepers, touts, bus conductors, hawker-centre cooks, street side florists, marketing agents, salesperson, bank tellers, school teachers, software and hardware engineers, paramedics, scientists, journalists and what have you from 9 out of 10 ASEAN nations. The flurry of responses I got, made me question the intent of ASEAN's inclusiveness of its own people.

While most of the educated knew that ASEAN was a regional grouping and nothing more meaningful than that, yet their numbers were quite insignificant when compared to the majority of Southeast Asia's poor, who neither had a whiff about it, nor could care any less about it.

In Yangon, on my way to the hotel from the airport, I asked the guest relations executive from the hotel if Myanmar's recent opening saw tourists pouring in from the ASEAN region?

There was a moment of silence and then he replied meekly in broken English, "Oh, now after 7 p.m." "What does that mean? " I asked.

"It means 1 hour after 6 p.m., " he replied politely, if somewhat pedantically.

Turns out ASEAN sounded dangerously similar to "Ah-Chien" which in Burmese meant 'time'. Almost every Burmese I asked about ASEAN on the streets of Yangon, gave me the 'time' with a respectful bow. Sweet but not exactly what I was looking for.

Those innocent and unassuming people had no clue what the acronym or the organization stood for or that it was being touted as the most-powerful political bloc from Asia. The man on the streets of Yangon was totally oblivious of the existence of ASEAN.

Although, Khaing Kyaw Moe, an ex-political prisoner from Rakhine state, was an exception. He knew a bit too much and lamented why ASEAN did not press for safeguarding human rights among its member nations or did not demand for the release of political prisoners in Myanmar since it joined the grouping in 1997.

To tell Khaing that ASEAN believed in a sacred policy of non-interference among its member nations would have made me sound like a bumbling idiot. So I let the man who spent over seven years behind bars, as a political trophy of the Burmese generals, express his anguish.

The indifference and ignorance about ASEAN stemming from the heart of Myanmar, which is due to take over as the chairman of ASEAN in 2014, made it even more incongruous. A quick reminder here from the Wikileaks cables that not long ago, United States of America had wanted Malaysia, one of the founding members of ASEAN, to support its Burma Resolution in the United Nations Security Council. One that would have identified Myanmar as a global threat. (Wikileaks Cable: 04BRUSSELS1081)

Another cable had revealed that the European Union had decided to reduce its engagement with ASEAN once Myanmar assumed chair. So much for the international recognition of the 'most powerful Asian' bloc ever.

Wait, what about the citizens of ASEAN? Some of whom I met on the nameless streets of Myanmar, the so-called precious human resource of ASEAN. Did they care any more than the US or EU? 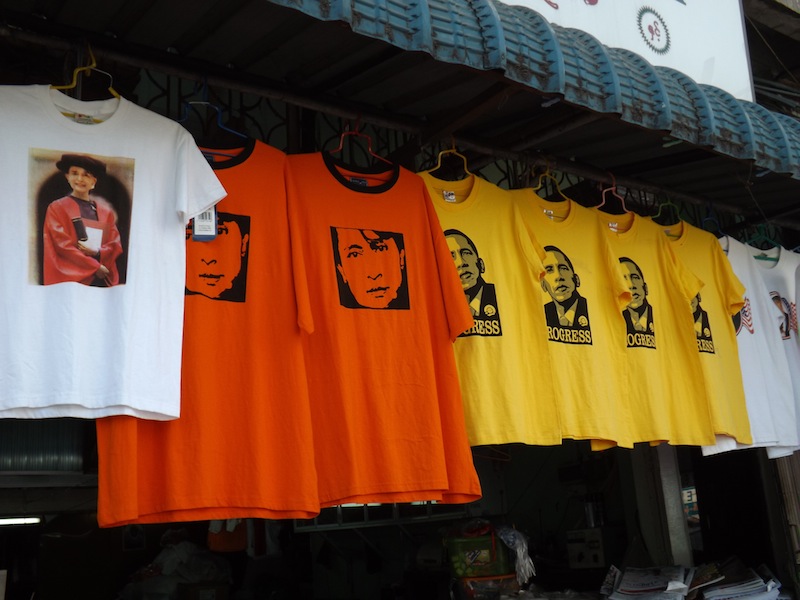 As I spent more time with them, it was clear that countless families struggling for existence in Myanmar had no sense of belongingness to the grouping at all. And why would they when their immediate worry was how to thwart off hunger for the moment and fend for the next meal. Likewise for Cambodia, Laos, Vietnam, Indonesia and Philippines. The poor in Asia wanted to live honourably and be safe. They cared two hoots about a quasi-functional grouping, which did not look inwards and extend its helping hand in realistic manners.

Asia-rising analysts, I read and hear on mainstream media, disagree with my pessimism and are ultra-bullish about intra-ASEAN trade as the game changer for poor Southeast Asian economies. Time for a reality check.

As of 2010, intra-ASEAN trade stood at merely 25 percent of the entire trade among its 10 member states. This did not match with the magical story of ASEAN fraternity and togetherness. But, hey who cares about facts like this when regional pundits have already declared that ASEAN will evolve into the next EU and will be the power bloc to watch out for in this century.

In the meantime, even in Bangkok, arguably more developed than Myanmar, none of the locals I spoke to asking for ASEAN could figure out what I was saying or how they could help me out. My queries on ASEAN ended up attracting pimps from the flesh trade industry who thought I was looking for sodomy, since the words ASEAN and @r$e sounded scandalously alike.

Once again, the common man on the streets of Bangkok had failed to recognize ASEAN but life moved on and everybody got busy with what they had to. Meanwhile, ASEAN top ranks, defense ministers, judges, diplomats and statesmen met on the sides to discuss the future of the region and the grouping. All this leaving the common man out of it.

The story remains same in almost every ASEAN country. I have plenty of anecdotes to weave an encyclopedia of what ordinary Southeast Asians thought ASEAN to be. A few hawker-centre stall owners in Singapore thought it to be a British football club, mistaking it for Arsenal, while others thought it to be arsenic, the poisonous chemical. The stories and the innocent ignorance don't end.

The bottom-line being, ASEAN might be one lofty political and economic bloc from Asia, preparing itself for the shift of power from the West to East, yet its own people remain the most ignorant about it. Is ASEAN ready for a unified common market, which it is heading to, and in turn, play a greater global role?

I say, put it to the test of 10. That is, if 10 randomly chosen people from the hinterlands of its member nations know about it and believe in its might and ability, then you've got an Asian tiger waiting to pounce on the world. Else, it's still a damp cat and needs to set its own house in order first.

Images are author's own