One widow is giving her travel-loving husband a final adventure at sea.

In March 2012, Beverly Smith, 56, put the ashes of her late husband, Gordan Scott, in a bottle and tossed them off the coast of Big Pine Key, Fla., WCVB reported. With his remains were $2 and a note instructing whoever recovered the bottle to "call and tell [her] where he is." 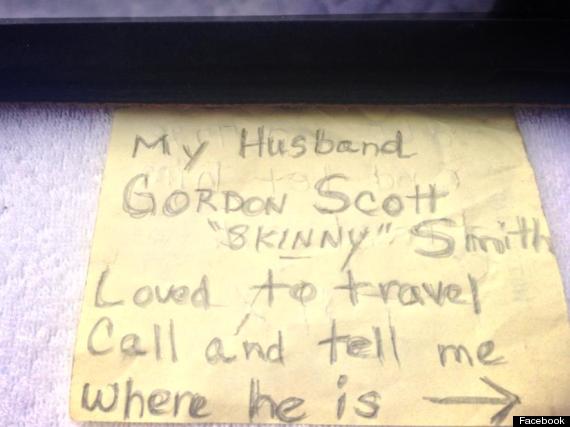 Beverly Smith wrote this note and put it in a bottle with her husband's cremated remains.

Gordon Scott Smith, from Louisville, Tenn., had died at 57 from a sudden brain hemorrhage three weeks earlier, according to USA Today. But his wife honored his love for travel, and now, with the help of a few kind strangers, his memory is living on in various places across the Florida coast.

"He loved the ocean," Beverly Smith told the paper. "I wanted to let him travel a little and let him sail away."

Last Sunday, Judi Glunz Sydney found the bottle of ashes washed up in front of the hotel she co-owns in Key Colony Beach, Fla. She discovered both Beverly Smith's original note, and another one from a man named Ross. 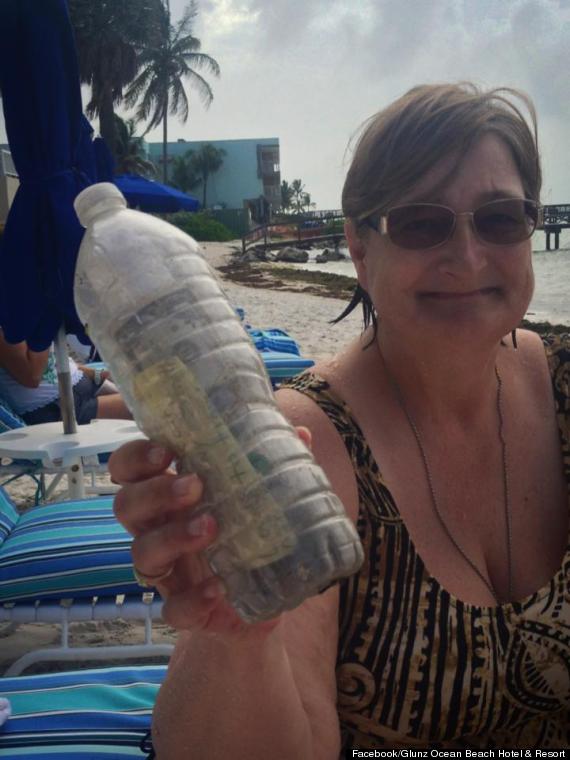 Ross, from Islamorada, Fla., about 50 miles from Big Pine Key, had been the first person to find the bottle.

He added, "Put a new note in with him and let him travel on!" 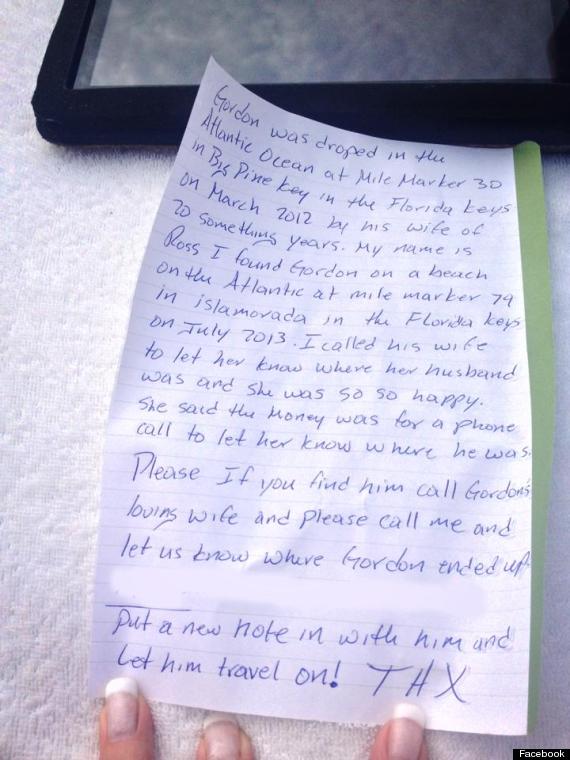 Sydney did just that. She put Smith's ashes in a rum bottle, added her own note and another dollar bill, and wrote on Facebook that the hotel planned to have a memorial service to send him back out to sea. 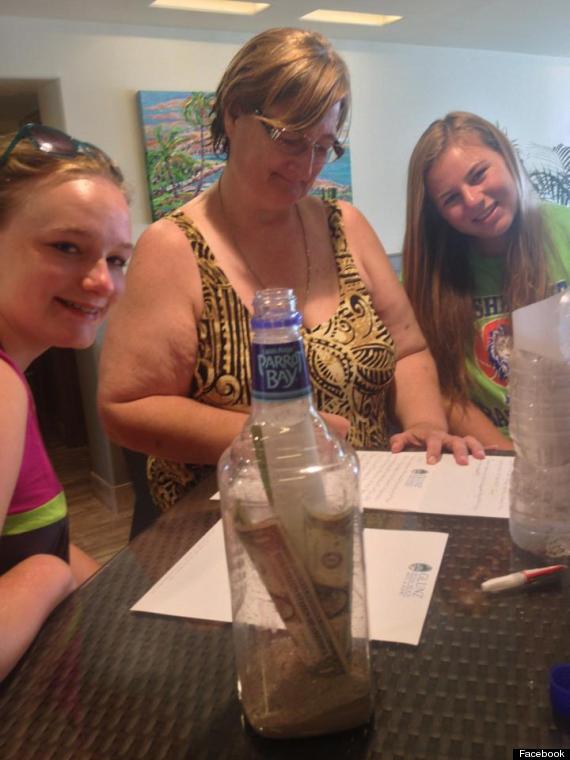 Judi writing a note to go back out to sea.