The Dutch artistic tradition is long and storied, and photographer Ashkan Honarvar is pushing its limits in brave new directions with his exploration of identity in times of war.

In "Faces 5," Honarvar manipulates photos, transposing ice cream and candy in place of blood and wounds to create mutilated portraits that remain jarring despite their euphemized gore.

Yet, "Faces 5" can also be interpreted as a comment on the anonymity of the victims of violence, and on how society desensitizes itself to atrocities.

"The body, torn by acts of war, exploited by the sex industry or used as a tool for seeking identity, is the focal point of [this] work," Honarvar states on his website. 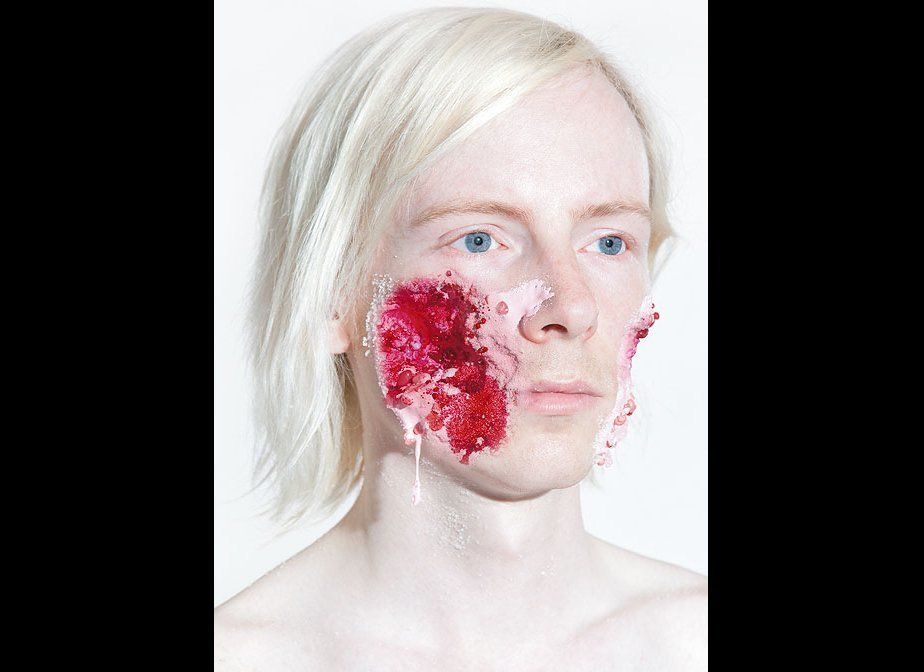