It hasn't yet been a month since Ashley Benson confirmed her split from her boyfriend of one year, Ryan Good, and already she's moving on.

Since the breakup, Benson been attached to "Spring Breakers" co-star James Franco on multiple occasions and though neither of them confirmed the relationship, their rendition of Justin Bieber's "Boyfriend" pretty much confirmed something was going on. That is, until now.

The 23-year-old blonde was spotted yesterday at Coachella getting extra friendly with "Pretty Little Liars" star Tyler Blackburn, 26. The two are definitely more than just friends, judging by how affectionate they were to the cameras.

Benson's good friend and co-star Vanessa Hudgens has also been living it up at the music festival, sporting several hippie outfits and soaking up the sun with her boyfriend, "The Carrie Diaries" star Austin Butler. 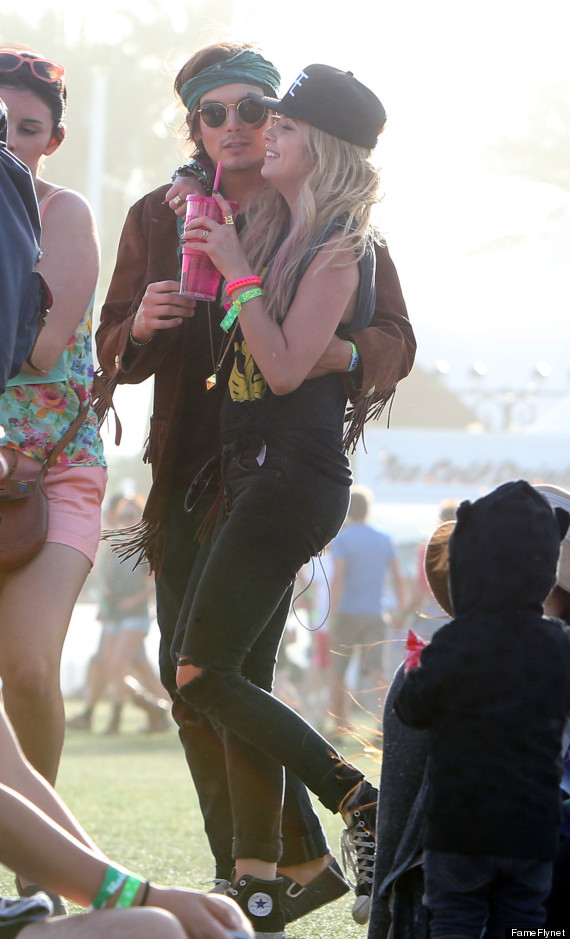