Ashley Greene will never say she's changed, but sadly, the actress reveals some of her friends have bailed on her since the "Twilight" takeover.

Greene covers the November 2012 issue of Marie Claire and talks about her newfound fame and how she's coping with it.

“It was a hard adjustment going from zero to 100 in a day," the 25-year-old "Breaking Dawn - Part 2" star tells the magazine. "But it was also hard to talk to [friends], because you don’t want to be a jerk. After the movie ["Twilight"] came out, some people said, ‘You changed.’ And I said, ‘I haven’t changed, dude. Your opinion of me has changed because I’m working on this film.’ Trust me, my parents would let me know.”

But although some of her pals couldn't deal with her blossoming career, Greene says she understands that it's hard to keep in touch with people when you're always traveling or on location.

“I’m always here and there -- everyone in my industry is -- and that’s why a lot of relationships are fleeting," she explains. "I’ve gotten very good at detaching whenever I have to go away for three months, which I realize is hard on friends and kind of selfish."

As for her love life, Greene says that's a struggle too, considering she doesn't have enough time to devote to romance.

"You go on a couple of dates, and then someone ships off to do a movie," she says. "It’s not like you’re going to fly out and see them, because it’s not serious enough for that.”

As for how she's adjusting to her life in the spotlight, Greene admits stardom has its perks, including first-class plane tickets.

"'Twilight' has ruined me," Greene, who plays Alice Cullen in the hit franchise, reveals. "When this is all over, flying internationally is going to be very hard for me. It is just not worth it to buy a first-class ticket, because of the cost."

Still, the money she saves from those international flights will go toward maintaining her new life.

"I’m lucky because my dad taught me to be frugal and save," she says. "And that’s important because I want to know that I don’t have to take an acting job for two or three years if I don’t want to and that I’ll still be able to make my house and car payments and buy food for my dogs.”

See photos of Greene in Marie Claire below: 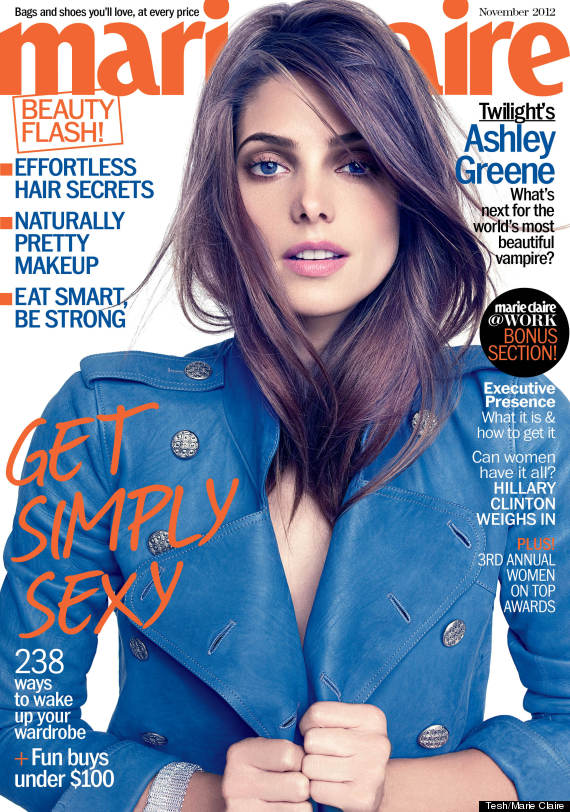