If you're a fan of NBC's "The Biggest Loser," you know Ashley Johnston lost more weight than any female contestant in the history of the reality weight-loss show. Even if you're no fan of reality TV, you have to admit that losing 183 pounds as Johnston did is nothing short of remarkable. 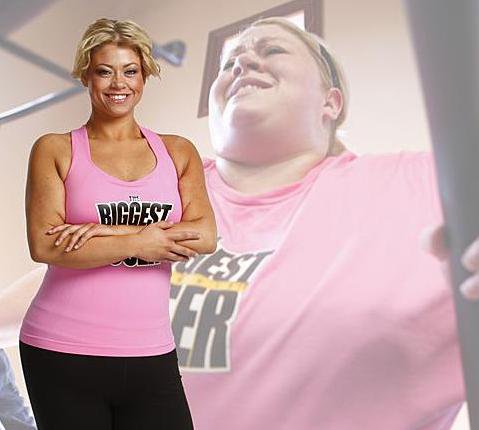 I'll be honest and admit that I have lots of reservations about weight-loss competitions, televised or otherwise. And yet, I was impressed by Johnston's dramatic success. Primarily, because it's a rare day when anyone loses almost half her body weight, or 48.93 percent to be exact. (Johnston lost season 9 to Michael Ventrella, who lost 50.19 percent. In other words, she lost by 1.26 percent or four pounds.)

To be perfectly honest, I'd never heard of the season 9 runner-up until she mentioned my new book on Facebook: "I am learning to have more self-compassion from reading the book The Self-Compassion Diet,'" she wrote. "I soo recommend it!" After reading her Facebook page, my inquiring mind wanted to know more about this striking blonde with the sapphire blue eyes. I especially wanted to know about her weight-loss journey.

If you've been following my profiles in self-compassion on this blog, you can probably guess what happened next. I tracked down the Tennessee transplant in California, and we got to chatting long-distance about her life before and after "The Biggest Loser." What follows are 10 things your inquiring mind undoubtedly wants to know about the reality TV star turned motivational speaker.

1. Johnston not only lost big-time, she found true love. Remember at-home-winner Koli Palu, the season 9 contestant who lost more than the other eliminated contestants? That's who Johnston started dating after the show ended. After doing the long-distance relationship thing, the young couple figured that if they ever hoped to live in wedded bliss, they should at least try living in the same town. Long story short, they're now living together in Santa Rosa, California.

2. Johnston was small for her age until age six, when she was diagnosed with sleep apnea. At which point, her tonsils and adenoids were removed, her breathing improved, her appetite increased and before she knew it, she was a chubby kid. And yet, her weight didn't become a real concern until she turned sweet 16, and her dad was diagnosed with melanoma. "He was sick and in a lot of pain," she explains in the sweetest southern drawl, "and I didn't know how to cope. So I ran from it -- drinking heavily, eating fast food, staying out late -- and I gained weight rapidly."

3. One reason Ashley and her mom Sherry teamed up for "The Biggest Loser": To find closure on the death of Ashley's dad and Sherry's husband. "My dad was hard on me about my weight," Ashley says. "He knew it was hard for me to be made fun of [by the other kids], but he didn't express it the right way. It came out hurtful," she adds. While she never had the chance to forgive her dad before he died, she got the opportunity on the show.

4. Like so many dieters, Johnston had tried everything and nothing worked. She'd tried Atkin's, Alli (the diet pill), Weight Watchers and going vegan. "I'd only kept gaining my whole life," she says. If Johnston hadn't made the cut for season 9, she probably would have kept the appointment she'd scheduled for "those diet pills that jack your heart rate up." She says, "I knew they were dangerous, but I was just that desperate to change." 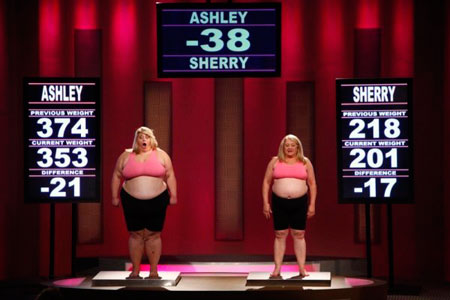 5. Falling off the treadmill on day one wasn't easy, but the hardest part was putting on a sports bra for the first weigh-in. "It was very scary for both my mom and I," says Johnston. "But, in my mind, I'd hit rock bottom. If I have to show the world what I'm most afraid of, I told myself: 'I'll show you. I guarantee you won't see me like this again.'"

6. More than getting physical, the secret to Johnston's success is doing "mental work." "I did a lot of mental work," Johnston says of her frequent heart-to-hearts with trainer Jillian Michaels and her weekly consults with psychologist Sean Hogan. "That's the hardest work to do. It's harder than counting calories or running on a treadmill." Most dieters would rather look for the next quick fix than look inside themselves, she says. "But," she adds, "if you fix the inside, I guarantee the outside will follow." 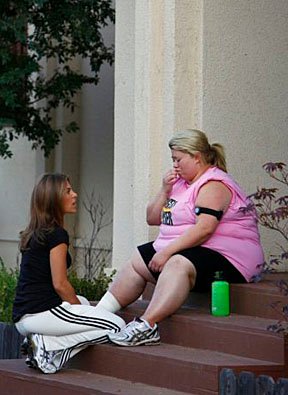 7. The tough-love training tactics were initially tough to take, but ultimately life-changing. In fact, Johnston told Michaels in no uncertain terms to back off. "Yelling at me doesn't work," she told the trainer, "it breaks me down." Michael's winning ways eventually won out and Johnston realized: "She's not trying to be hurtful, she really wants to help. That's just her way of getting stuff out that you've been stuffing inside for so long ... Jillian completely changed my life! I owe her so much!"

8. Johnston never felt happier, but she's learning there's no such thing as happily (or slimly) ever after. She may have gone from 374 to 191 in seven months, but Johnston fully expected to keep going to her goal weight of 150 pounds. So she was more than a little dismayed to start doing what so many contestants do -- regain what they worked so hard to lose. "I was traveling, I lost focus and I gained a little weight back," she says of her 20-pound regain, "I never got to my goal weight. That was hard for me. But I'm committed to staying committed to my commitments."

9. "I realized I'm not fixed, darn it!" But rather than cutting herself down hundreds of times a day like she did for 28 years, the 29-year-old is learning to cultivate self-compassion. "I have to love myself the way I am right now, the weight I am right now."

10. Loving yourself is easier when you feel loved. "I've had boyfriends who were smaller than me, and it made me really uncomfortable," recalls the southern belle. "But the beautiful thing about Koli is that he never judged me. From day one, he always made me comfortable because of how much he cared about me. Going through this process together, we love each other so much!" That Palu purposefully put on some muscle after the show doesn't hurt. "He's no longer weighs 186," she adds. "That was too low. He wanted to be more manly."

Photos used with permission by "The Biggest Loser."