Ashley Judd's op-ed in USATODAY drove me to the Tao Te Ching before my head exploded. In another example of celebrity naiveté falling prey to the obfuscations of non-governmental organizations in Congo, Judd wrote: "In Congo, 600,000 babies a year are born only to suffer and die." She added, "My husband and I despondently call these precious little ones 'the born to dies.'" Judd's solution, a parroting of the NGO Population Services International, is that family planning is the answer, since fewer babies means less babies will die and society as a whole will benefit. 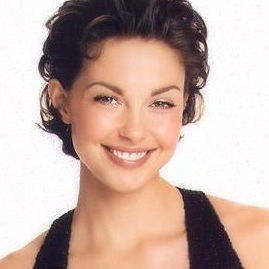 This is a naïve analysis, since the population in Congo is barely sustainable with a life expectancy at birth of 54.15 years, and it is far less in remote areas. The statistics Judd uses are hardly compelling when she says that 20 percent of Congolese men and women approached in 2007 said they did not wish to have more children. I am sure Ashley Judd is a nice person with good intentions, but she is another example of NGO's using the bully pulpit of celebrity to line their coffers, while they operate with a western sensibility, forcing western values on tribal populations.

Let's do a reality check.

Judd profiles a home in Kinshasa, the capitol of DR Congo, and bemoans the lack of amenities in the home she visited. Let's remember that Kinshasa is one of the safest places to be in Congo these days. She describes a family with two toothbrushes, some furniture and bad drinking water. The conditions are horrible, but this family has a roof over its head and is not living in the open-air, plastic tents and volcanic rock environment of eastern Congo. Travel in eastern Congo and you will learn that the women there are fighting to have their children and keep them alive. New life equals hope and Judd has completely missed the tenacity and resolve of poor Congolese women. Judd says, " In my work around the world with PSI and our many partners, I have seen irrefutable evidence that unregulated fertility undermines every other effort to improve health, living standards, the economy and the environment." 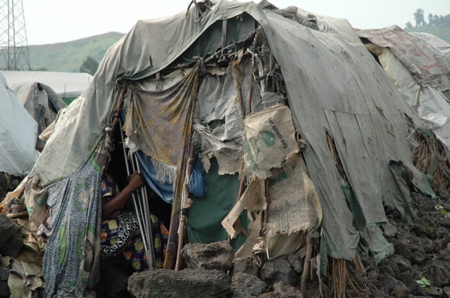 Image © Nienaber: Home in the IDP Camps Where Children are Cherished

Is this true? Hardly.

Congo's economy is not undermined by "unregulated fertility" rates. Why do these NGO's feel they have the right to regulate birth rates? Civil society has been destroyed by decades of war and over a hundred years of exploitation of Congo's wealth by international interests. Congo is not a country. It is a place on the map where the tribal population struggles to survive. Local populations are fed up with western interests meddling in their lives.

Consider this report from the November 4 Weekly Threat Assessment issued by the UN mission in Congo, MONUC. It is a window into the anger the Congolese feel regarding conservation and medical NGO's.

Human rights abuses by men in uniform are widely reported all over the province and the FDLR continue to pose a threat to peace and security.

During the weekend, the civil society of Lubero demonstrated violently against the deterioration of the security situation in Lubero Territory since the beginning of the Kimia II operations. They presented several grievances, including urgent action to be taken against perpetrators of human rights abuses, the extrication of the FARDC from Lubero town, a stronger MONUC presence in the backing of the FARDC operations and the removal of all NGOs (claiming they want security instead of food).

The statistics are heartbreaking. 83.11 deaths per 1,000 live births. Since the outbreak of fighting in August 1998, at least 5.4 million people have died. Although only 19 percent of the population consists of children, children and infants account for 47 percent of the deaths in DR Congo. How can Ashley Judd maintain that the solution for the Congolese is having fewer children? 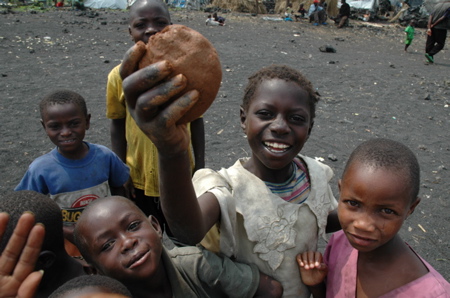 Image © Nienaber: The camps. Are they better off not being born?

In villages around Goma, 70% to 80% of delivery cases are performed at home and only 20% to 30% are performed at medical centers. Volunteer midwives brave rape and shootings to visit these villages to assist fragile new life as babies and mothers struggle to survive. The family is the heart-center of village life. Who are American celebrities to deny women the right to bear children?

In January of this year we met with Josephine K. who has been a witness to war and brutality for most of her 86 years. She is also a founding member of a midwife grass roots organization operating out of Goma. Josephine told us that when she was a child there were hardly any white men. With the coming of "the whites," the wars became worse. "There are so many wars, what do you want me to say?" 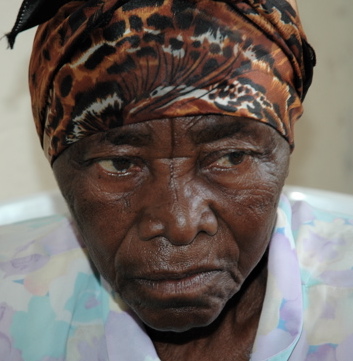 Now, the white western world wants to tell these poor black women not to have so many children. When will it stop? I would invite Judd to accompany me to the IDP camps in Kivu and meet the midwives who risk all to save babies and offer mothers nourishment in order to swell shriveled breasts.

In a separate arena, conservation groups, in some cases, are using community health initiatives and birth control as a smokescreen for land grabs and fundraising. In 2007 I visited an area in the Graueri Landscape of eastern Congo as part of an investigation into NGO abuses. American mainstream press organizations, celebrities, and television shows tout wildlife conservation and community health in this region as progress. What we found was something else. Congolese doctors and nurses in these conservation arenas explained that NGO's are paying their salaries and at the same time requiring that health professionals convince the local women--the poorest woman in the world--that they should not be having babies, because having babies is "dangerous to their health." Resist chemical sterilization and you cannot use the clinic.

But the women know that three out of five babies will die, and they resist the "required" shots of Depo-Provera which line the shelves of these remote "clinics." How do conservation organizations conserve primates in the wild? They stop hungry people from trying to keep their children alive or even having children. Meanwhile the diamonds, gold, coltan, uranium and niobium flow out of these areas and into the profits of the mining cartels in America, England, Russia and China.

Based on projections made by the United States Department of Agriculture and the Census Bureau, the American population is projected to increase to 392 million by 2050 -- more than a 50 percent increase from the 1990 population size.

Amazing. We look to be worse off than Africa, but no one is shoving Depo-Provera down our collective throats like the conservation and family planning organizations are doing in Africa. I hate to source myself, but no sense reinventing the blog here.

Joint operations between Congo and Rwanda since January 2009, have exacted a terrible toll on the civilian population and human rights groups have accused the United Nations of complicity. Most of the estimated 1200 deaths per day in eastern Congo are due to the ravages of war and preventable disease.

I have yet to see a major op-ed on United State's Special Envoy Howard Wolpe's call for the arrest of Bosco Ntaganda in conjunction with the failed operation Kimia II. This is something celebrities could really sink their teeth into if they would do some research on their own and not regurgitate the agenda's of NGO's. Congo unfortunately is the cause "du jour" on the cocktail circuit now that Sudan has exhausted its turn in the news cycle.

Former rebel general Jean Bosco Ntaganda, also known as "the Terminator", is a deputy commander of an anti-rebel offensive (the regular Congolese army, FARDC) that is being supported by the U.N. mission in Congo, MONUC. But the UN keeps denying it is supplying Ntaganda, despite repeated proof offered by human rights organizations.

Speaking like the diplomat he is, Wolpe offered a weak condemnation, but at least it was something coming from Secretary of State Hillary Clinton's turf.

We just feel that anybody who has committed war crimes should not participate in military operations of this sort at the moment and he needs to be held accountable. We're trying now to work with (MONUC) and others to manage that situation in a way that will allow continued pressure on the FDLR but hopefully minimize the risk to civilians.

I addition, there is an un-reported and under-investigated story that the International Crimes Tribunal in the Hague is about to indict the former governor of North Kivu, Eugene Serufuli, for collusion with Ntaganda, who is already wanted by the Hague for war crimes in Ituri-Bunia, as Wolpe noted. Sources tell us it is assumed that General James Kabarebe of Rwanda financed both men and their militias.

Given the real stories coming out of Congo, it is a terrible thing to see USA Today giving op-ed space to "family planning" as a solution to the tragedy known as Congo. Judd termed the death of 8 million children worldwide "genocide," a bastardization of the term.

Judd should take some time and visit with the wise woman midwives who risk all for new life. The solution to the suffering of children is not the removal of children from the equation. I am not a religious person but the phrase, "suffer the children to come unto me for theirs is the kingdom of heaven," has some meaning here.

Ashley Judd is recipient of USA TODAY's Hollywood Hero Award and is also on the board of director's of Population Services International.