Sound the alert, people: the Olsens are here!!

An overreaction, we know, but we do love these twins. The famous twin designers (yes, they've finally earned the title sans the "former child stars, turned..." prefix) cover Elle UK's April 2012 issue, styled by Anne-Marie Curtis in the season's most popular (in magazines, at least) looks.

Inside, the Elizabeth & James and The Row designers get the usual treatment, i.e. a large feature about their growth and ambition as serious fashion designers. The twins, writes Elle UK, seek to "carve a career path that rivals Tom Ford's."

Bold words... but never say never with this powerhouse duo. After all, they do boast a $1 billion empire. Is there anything they can't do?

Check out the two pics. Seeing as there are two covers for one issue and the girls are twins, we feel obligated to ask: which cover strikes your fancy?

CORRECTION: A previous version of this article presented two Ashley covers, mistaking one for Mary-Kate (twins are a tricky thing...). We've updated with the correct photos and designer credits. 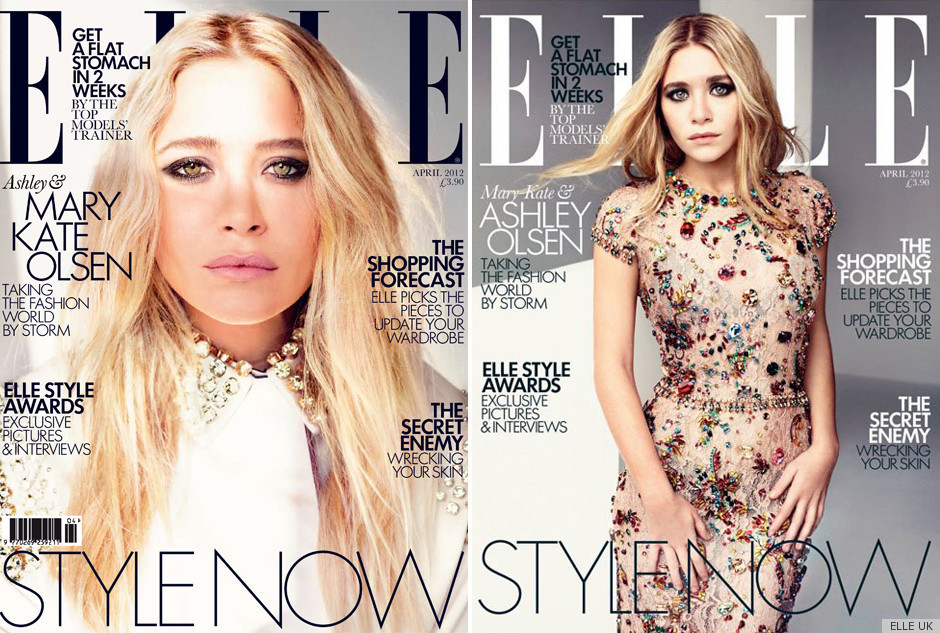