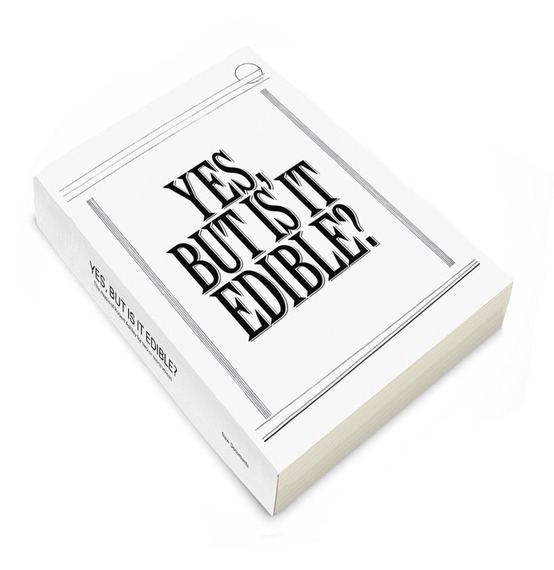 I have always been drawn to the sound of the human voice. I enjoy hearing snippets of conversations as I'm walking down the streets of New York as much as I like listening to podcasts like Serial. I'm not alone in this appreciation. We know from books like Jonathan Gotschall's The Storytelling Animal: How Stories Make Us Human that people like narratives, and have for a very long time. But we also know from scholars working in audiology and communications that the human voice itself is also something we respond to very specifically. We recognize voices and we respond to information in them beyond the actual words they speak. Scholars from Roland Barthes to Fred Moten have spoken about the "grain" of the voice, which is how we can describe and discuss those non-linguistic elements of vocal expression.

These thoughts went through my head as I heard the first lines of the performed reading of Dust, part of the book Yes, But Is It Edible? The music of Robert Ashley, for two or more voices by Will Holder and Alex Waterman. Yes, But Is It Edible? contains the scores for several of Robert Ashley's "unscorable" operas, including Dust (1998). The word "opera" might be misleading in this avant-garde context. Performers in this reading sounded less like opera singers and more like the voices in a Bruce Neumann sound piece, or even some particularly pleasant-sounding fellow New Yorkers whose voices stand out on the subway.

In a building in midtown, only one floor above the aural din that characterizes every New Yorker's existence, the white walls and clean lines of the EFA Project Space (The Elizabeth Foundation for the Arts) create an aesthetically pleasing sanctuary for some avant-garde opera. The current exhibition, Accompaniment, curated by Kari Cwynar and Kendra Sullivan, consists of a series of photographs, installations, sculptured objects, and media pieces that provided a haunting backdrop to the sonorous voices that rose from around the table in front of me. Three men, including creators Holder and Waterman, and two women, curator Sullivan and artist Angie Keefer, began speaking from the printed script of Dust. Though they did not "sing" exactly, the voices speaking in unison took on a sort of chant-like quality.

One fascinating aspect of watching Dust was that I both wanted to close my eyes in order to concentrate on the sounds alone while also wanting to keep them open as I was riveted by the physical performance of such an aural performance. The performers had a great number of gestural reactions to what they were saying, especially when, each of three voices broke free of the chorus of seeming nonsense, one at a time, to tell individual stories. Even when they were not gesturing in unison with their speech, each had their own method of keeping the rhythm and the beat of the music they were speaking. This created a triple effect of enjoying not only the sounds of the voices and the content of the opera itself, but also the physical, live performance of it.

Those of you who have read my articles here before know that I usually write about theatre and performance art, so it shouldn't be that surprising that the performed aspect of this piece was exciting for me. But there is another interesting phenomenon that comes from witnessing so many people responding to the same rhythm. Affect theorist Theresa Brennan talks about something called "rhythmic entrainment," which basically describes the instant community that can be physically created through sharing a communal sound or rhythm. You might recognize this feeling if you have ever been involved in a chant as a sporting event, or gone to a large concert where the crowd knows all the songs, knows the special kind of community that can be created by responding and participating in a particular beat or rhythm. Listening to voices alone creating a musical score in an intimate space created this same kind of community and aural euphoria for me.

Though this was a one-time reading for Dust, I have seen several kinds of performances of this nature cropping up over the last few years. I highly recommend you give one a try if you are in the mood for something a bit different. Also, the exhibit Accompaniment is open until December 19th, 2015 and it contains the full script of Dust for your enjoyment. Robert Ashley passed away in 2014, but his work Dust remains as evidence of his continuing impact on and inspiration of the current art scene. So it continue on after his life, Ashley to ashes, Dust to Dust.