"If they are killing us every 28 hours, what do I have to lose?"

Ashley Yates, also known to the Twitterverse as @brownblaze, was citing a Malcolm X Grassroots Movement (MXGM) report, "Operation Ghetto Storm," on the extrajudicial killings of Black people at the hands of law enforcement and vigilante violence. (The report was first issued in 2012, and the most current data adjusted the previous finding of 36 hours to 28 hours.) More than a nod to a deterministic nihilism, this was an accentuated skepticism in a system of domination that routinely devalues Black lives, one that operates on the logic of "state-sanctioned or extralegal production and exploitation of group-differentiated vulnerability to premature death" (as CUNY Graduate Center geographer Ruthie Gilmore defines racism) to Black bodies. In doing so, Yates located vitality in righteous resistance to police brutality and state-sanctioned violence, because, as Assata Shakur (often quoted by Yates) said, "We have nothing to lose but our chains."

Crowded in the basement of St. Louis' Saint John's United Church of Christ ("Beloved Disciples Building Beloved Community") at the end of the Labor Day weekend, Yates continued by recounting almost a month's worth of harrowing encounters with a militarized police force to a room of Black Lives Matter freedom riders. She woefully explained that as the days bled into one another, she began "marking days by police tactics."

After that weekend, I was fortunate enough to continue communicating with Yates via tweets and texts, at rallies in Ferguson/St. Louis (Ferguson October: Weekend of Resistance), and over soul food meals. It was only natural to profile her for the Faces From Ferguson series, as our conversations seemed to organically engage the theoretics and practices of justice:

We often are spared details concerning the unglamorous work they engage in outside of the shine of mass media lighting, and rarely are we privy to their dreams. What propels them to continue in the face dominating oppressive power structures?

I have always been interested in the social, political, economic and artistic forces that form a social justice activist, those who dedicate their lives to uplifting the dream of a dignified human existence.

I wanted to share the stories of these extraordinary youth with the larger public by profiling their organizing work, personal narratives that shaped their activism, reflections on the national discourse on Ferguson and opportunities for readers to remain connected. 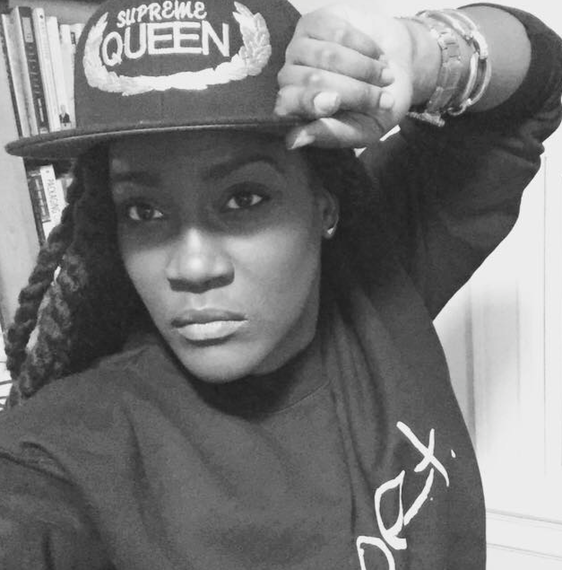 1) What was your organizing/activism background history before Aug. 9, 2014?

Any organizing background I can claim would be from my work as a college organizer. I served as the political chair of the Legion of Black Collegians at the University of Missouri Columbia and learned many of the skills I employ doing social justice work now during my tenure there.

2) Who were some of your s/heros growing up?

3) Why did his shooting activate you to protest and ultimately become substantially involved in the organizing process?

The killing of Mike Brown and the subsequent reaction by the police department -- from the initial brutalization of community members in Canfield to the mass terror enacted upon those of us on West Florissant and at the Police Department -- left me no choice but to fight with every fiber of my being to do my part to enact change. None of these events should have ever occurred in 21st-century America, much less been allowed to continue with impunity.

I have a military grade gas mask that I need to learn how to put together and use. I was born in America. It is 2014.

4) Set the scene for our readers: What was it like to confront and engage police, media, outsiders and community members day in and day out? Take us through the unanticipated challenges and the surprising successes. What motivated you to continue?

From Aug. 9 through today, police in St. Louis have been exemplary in their behavior, displaying the terror police enact on Black communities daily. War has been waged (and declared vocally, in the case of New York) on Black citizens, especially those of us standing up firmly for preservation of Black lives. I did not engage with media for several months; I was too focused on ensuring I did my part to resist the oppression we faced. On West Florissant we were forced to form units for our survival; these were the folks you held yourself accountable for checking in with, ensuring they made it home safely and that they were sustained throughout the duration of protest. We fed folks, passed out water and survival supplies and made sure that we did our part to keep our community intact in every way. The family and friendships that arose from this time period can only be attributed to the deep love Black folks displayed in the face of absolute terror and evil. That is a definite success. The most challenging aspect was attempting to stay alive and free as the police escalated and switched tactics each day. We aren't trained for battle; we were just citizens exercising what we have been told is our American right.

5) You remarked at a Black Lives Matter community meeting, "I was marking days by police tactics." Can you elaborate on this statement? Can you lay out for the readers how police tactics changed over the three weeks?

The first month and a half of the resistance, I was still working my job that I'd had for the past three years. Between working and going out to Ferguson, an 18-hour day was almost the norm. So days started to blur together from sleep deprivation, but also because it was a constant cycle of police terror we endured. Tear gas stings the exact same each time, no matter if you expect it or not. With no differential between brutality, since each day was equally brutal, days started making sense less and less by time and more by what we encountered. So Monday might be the day that they started teargassing at 11 p.m. Tuesday: the day police made "V" formations and snatched folks out of crowds. Wednesday: curfew day. Thursday would be the day the police raided our safe space in a local church, or the police drove down the street at almost 80 m.p.h., shooting tear gas canisters indiscriminately into a neighborhood. There were days when the streets lights were turned off in a coordinated effort and the police used night-vision goggles to see where to shoot, days when they all sat in a certain parking lot until they got orders to disperse us. Lots of different physiological and physical tactics were used by the police to try to suppress our efforts to stand for justice. But each and every day we learned from their actions and their lies on TV, and we grew more resilient and more determined. And each day we went back out to show them that fear no longer works as a weapon against us. Each day we showed that justice and Black life are worth standing our ground.

They just tear gassed us HEAVY. We were standing on the sidewalk between the street and a business plaza and they shot gas all at us.

6) What is your reaction to the national dialogue about Mike Brown, his shooting and Ferguson? Deconstruct for us the mainstream media and the social media community misconceptions about Ferguson and St. Louis.

Ferguson is St Louis. The municipality system that exists in St. Louis County made it easy for them and the media to paint the city as an isolated foreign place when in actuality it's Everydaytown, U.S.A. The national dialogue around Mike Brown has been disgusting. Once again we saw media perpetuate the police demonization of a civilian that was killed extrajudicially. If not for social media and community members that saw a need to counter this narrative and the lies, I'm sure Mike Brown would have been just another dead Black boy that went by unnoticed. Instead, I think we can point to the tragic execution of Mike Brown as the catalyst for this movement today. No parents should have to watch their child be hoisted as a martyr for basic human rights, but sadly, that is the case.

The memorials to #MikeBrown as they stand today, September 6th. Almost a month later and Darren Wilson is STILL FREE. pic.twitter.com/natazLiBuG

7) What does the history of racism in Ferguson and St. Louis look like?

St. Louis is deeply and starkly segregated. The gentrification and white flight phenomena have been astounding in the last 10 years alone. There was a history of suffering silently for Black St. Louisans, but Mike Brown's murder changed that for so many people.

8) What are the community demands?

Community demands in detail can be found on fergusonaction.com. Most acutely we are calling for some real and radical police reform that ensures that they be held accountable to the people they serve. Broader scope demands call for wide systematic overhaul and examination of corrupt policies and practices.

9) Next steps: Where do we go from here?

The protests continue. Our protests continue to grow more strategic as the network and connections expand. We must keep up the pressure on the system that is in place while simultaneously building power in our own communities. We must fight back on all fronts and continue to make the state of emergency Black America has been forced into an issue of national concern.

10) How can national and international readers support your organizing efforts?

I can be reached via twitter @brownblaze and at brownblaze.com.

Also, take a gander of one of Brown Blaze's video recordings documenting the Ferguson Police Department's use of tear gas on protestors (with over quarter of a million views) during the early days of the Ferguson resistance movement: