When Ashton Kutcher won the Ultimate Choice Award -- the "old guy" award, as he said -- at Sunday night's Teen Choice Awards, the 35-year-old star told his fans that he felt like a fraud.

"My name is not even actually Ashton," he said. The "Jobs" actor revealed that Ashton was in fact his middle name and that his first name was "Chris." He changed his name to Ashton when he became an actor at age 19. 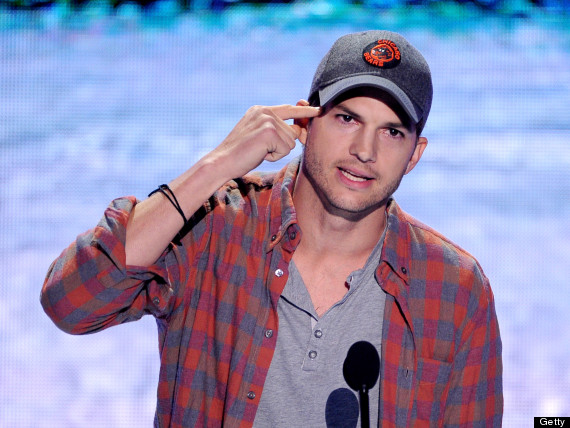 The heartthrob then launched into a list he titled "What I Learned While I Was Chris." Among the lessons were "being sexy." This was of course greeted with a faint cry of "Take it off!" But Kutcher also told his fans that "sexy is smart" and "opportunities look a whole lot like work."

Perhaps this Chris Kutcher was channeling the real Steve Jobs when he ended his inspirational speech by saying, "Build a life, don't live one."

Watch the whole revelation in the clip above.